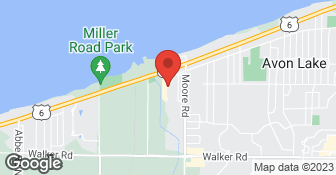 We are a Licensed General Contractor as well as a licensed roofing, siding, and guttering contractor. Our team of professionals assists the home owner in identifying, quantifying, and establishing the full extent of loss with your insurance company. Knowing how to package and present the claim is a critical element in achieving a favorable recovery

After a month of hounding this inspector for my report (after he had been paid in full) - he was claiming "email troubles", and stated that I and my father gave him two incorrect email addresses (even though he and I had previously communicated by email with no problem), he gave me a shoddily put together handwritten report lacking the detail that he and I spoke about when the inspection was performed. None of the issues we verbally discussed were mentioned in the report. So, I wrote an unfavorable, though professional report on Thumbtack.com. I never attacked this person personally, just stated facts. He then posted a response cruelly attacking me and stating I was a former girlfriend [not true]. When I posted a rebuttal again stating onl facts, he told me his adult daughter wrote that message and that I was being unfair. Steer clear.

We contracted with him to do insurance restoration of our roof. He took a down payment and never did the roof. Left in a difficult position with our insurance company.

Description of Work
He was supposed to do our roof. He took a deposit and never did the roof.

Description of Work
Roofing work was very good, however, too many mistakes were made and contractor attempted to hide, pushed for money before work done.

After taking my time and receiving many estimates and offers from local companies in my area.. My husband and I decided to go with ALL AMERICAN RESTORATION LLC. { Avon Lake }...They had a great report with the BBB and awesome reputation in my area. Actually my neighbor was the initial contact for my meeting them..{ They also did her roof }From the beginning working with my representative i felt like i was at the top of there list and of up most importance to them...They walked me through the claim process , worked with my Ins. company , and did EXACTLY what they said.I had no idea and was not educated in any way about roofing...By the end of this process and the time spent with my rep, i feel like i could put my own roof on..I was concerned with my chimney and sky lights.. AAR replaced the flashing on my chimney and re built my sky lights..FOR FREE...I was very pleased with their work.. I have beautiful landscaping and a pool as well...I couldn't even find one nail to pick up..and my yard...you would of never known they thereBehind my old gutters was alot of rotten wood..The new gutters could not be installed without replacing...I could not believe that they even took care of that and replaced what was needed for my new ones..I would highly recommend this company for roofing, gutters, and siding work...You always heir bad storys of contractors and promises made...I admit..I was skeptical at first...However this process was so painless and easy to work...They changed my mind...Stacey , PLUS......IT WAS FREE

Description of Work
Roofing, tore off my old roof [ 2 of them ] . Replaced 10+ sheets of plwood..Added Ice guard along the entire perimeter of my roof, also around my sky lights and chimney..

The Gutter Boys Co. works daily to provide a seamless and enjoyable customer experience. Our helpful sales associates can get you a quote for gutter cleaning right over the phone. If you are looking for seamless gutters or protection, we come right to you, and customize a quote specifically for your home and circumstances. We are never pushy. We like to say that it’s a sales experience that your mom would be comfortable with. The Gutter Boys technicians are tenured and knowledgeable. We are proud to provide a high continuity of service by utilizing employees for our installation services. Our techs are rigorously trained and have received Master Installer status with Valor Gutter Guards, which TGB exclusively installs in Northeast Ohio.  …

INSTALLATION OF 5" AND 6" SEAMLESS ALUMINUM GUTTERS AND DOWNSPOUTS, VARIETY OF COLORS THAT WILL MATCH MOST POPULAR TRIM AND SIDING COLORS, OFFERING AN AFFORDABLE SELECTION OF LEAF PROTECTION/GUTTER GUARDS ON NEW OR EXISTING. SERVICE AND REPAIRS  …

Bonded
Insured
All statements concerning insurance, licenses, and bonds are informational only, and are self-reported. Since insurance, licenses and bonds can expire and can be cancelled, homeowners should always check such information for themselves.To find more licensing information for your state, visit our Find Licensing Requirements page.
General Information
Free Estimates
Yes
Eco-Friendly Accreditations
No
Payment Options
Check
Senior Discount
No
Emergency Service
Yes
Warranties
Ask for details

We offer residential and commercial roofing services and ventilation systems, including shingle replacement and layover, and installation of flat roofs including EPDM and TPO, mechanically attached and Modified Bitumen roof systems. All American Restoration is comprised of a highly skilled team of select professionals with in-depth knowledge of the roofing and insurance business. We are trained to identify hidden damage and maximize your insurance claim.

How is All American Restoration overall rated?

All American Restoration is currently rated 2.9 overall out of 5.

What days are All American Restoration open?

All American Restoration is open:

What payment options does All American Restoration provide

All American Restoration accepts the following forms of payment: Check

No, All American Restoration does not offer eco-friendly accreditations.

Does All American Restoration offer a senior discount?

No, All American Restoration does not offer a senior discount.

Are warranties offered by All American Restoration?

No, All American Restoration does not offer warranties.

What services does All American Restoration offer?

All American Restoration offers the following services: We offer residential and commercial roofing services and ventilation systems, including shingle replacement and layover, and installation of flat roofs including EPDM and TPO, mechanically attached and Modified Bitumen roof systems. All American Restoration is comprised of a highly skilled team of select professionals with in-depth knowledge of the roofing and insurance business. We are trained to identify hidden damage and maximize your insurance claim.