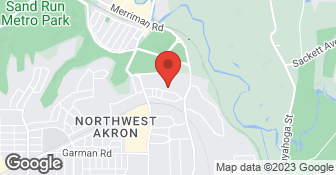 I decided to start my own company and work for myself. It is my company so I can offer my customers the same high quality work that they would pay one of the big name commercial companies at a fraction of the price. I pay my guys well and I pay them what they are worth. In the future they will also get a percentage of the profits as my company grows. My company will not succeed without them and there hard work by my side. We really care about the work we do and our customers being happy with the completed project....

We specialize in soft washing and pressure washing for your home and business. House washing, roof cleaning, concrete cleaning and concrete ceiling are our specialties. We are a veteran owned company and we are professionally trained, certified and insured for your protection. With our “best-in-industry” products guarantee. You will be satisfied with our concrete sealer‘s. Powergreen is also a professional Christmas Lighting company, parterning with www.Wehangchristmaslights.com from Nov 1 through Feb 1. Design, install, maintenance, removal and storage is what we cover. Its all included.  …

Licensed and insured. Fully wrapped vehicles. All employees background checked w/ picture ID. Payment is due at the completion of the job. Windows 4 Wishes gives back to the community.  …

Landscapes with Heart did a fantastic job!!

Follow up from my 10/29/17 review posted. Landscaping with Heart made a commitment to return and edge the large rectangular front garden and replace a plant in 2018, from the job done October 2017. They stopped out to look it over late spring, but never returned to perform the work. They provided me an estimate for additional work I was looking to have done, but didn't follow through on the completion of the original work.

It NEVER was finished. And the job started in the Fall of 2016. I had just moved here and was new to the city and my home. At first it all seemed to go well. The clearing of overgrowth and the fence removal with the crew went fine. But then they brought some wrong plants and not the right amount of the others. They also didn't get the shrubs they said they would. When there was still work to finish, they left me hanging when they started a big new job. I had to keep contacting them. Their business listing says Juan Fonseca, but I was introduced to John and Jonathon. I was told they were partners, in which I think John is Juan Fonseca. I would get bounced back and forth between the two of them with their different phone numbers and texts. When I was told one or more of them would be there or come back, they were very late and many times didn't show up at all. Most of the time this was Jonathon. I was dealing with the most. I had been told they would make the plant corrections and they would come back in the Spring to finish and fix the rest because it was the end of the season. I wasn't too happy about that along with some of the work they had done so far. One example was they didn't do a very good job on the weed barrier sheeting. In many areas it stuck out, was thickly folded at borders (which showed) and stuck out at the tree bases where they didn't cut it down enough. It was really glaring, but it was left that way. The bark mulch or whatever they called it was put down very unevenly. There were bare patches, thin areas and some areas where there was so much that a fellow that was planting in the Summer had complained about it. At times, he had to dig through it to get to the ground itself. He even asked who did such a lousy job. In addition, a great deal of the cord wire connecting the low voltage lighting was laying on the surface where you could see it, which looked bad. They promised to cover it. These were just some of the things that were wrong and the way things had gone to that point. But I was promised they would make it right when they came back in the Spring. I trusted them to return and get things fixed and completed in the Spring as they promised. When Spring came, I was dealing with injuries from a bad fall and other problems and work with the house. Before I knew it, it was summer and other necessary projects that had been planned were starting. I was wondering about why they hadn't returned and was going to contact them when I got sidelined with cancer. I had to have surgery and chemo, but when I was able, I contacted them at the end of summer. Up to that point, they still hadn't contacted me. Their first response was that they were wondering why they hadn't heard from me!! Seriously?!! I think the real question is, "Why didn't you return and finish the job you were supposed to do back in the Spring like you said you would??!" I told them what was going on with me and they came over and we all did a walk thru. They promised to get the plants, fix the lighting, etc. and John nicely said they would even weed. It all seemed to go very well that day. But then, just like before, they didn't show up on the scheduled start date with no call, no text, nothing. When I called, I got a lame excuse and it all started again with them backing off of what they said they'd do and even actually started to argue about it. They conveniently wouldn't recall what they said they'd do and argue about the rest. Then they would tell me their customers think they're great. They even threw in my face that they were nice enough to hang up a few Halloween items for me the prior Fall that were too high. What does that have to do with the problems at hand and the work that is still unfinished? And aren't I a customer? I was told they would come back another day and finish, but they pulled the same thing again. No show, excuses, changing what they said. Then they actually flat out refused to come back at all saying they didn't owe me any work, plants, nothing! Unbelievable. I have never dealt with a company that is so brazen with what they say and promise and don't come through. I put in some photos here I took some time ago showing exposed lighting wire and bare patches where bark mulch should have been. There is so much more to this story and so many details that it would be impossible to write it all here. They took advantage of me every step of the way, which is wrong in any given situation. But when they made those last promises knowing how sick I was from treatment, it makes it really despicable. With my experience with them, you would think their name would be Landscapes Without A Heart.

Did a great job and did what was expected and then some. Would definitely hire again and recommend to anyone.

Awesome, Awesome Job, very pleased with Landscapes with Heart, prompt response with estimate request and all additional questions. Personable, professional, conscientious, honest and easy to work with. Excellent communication, kept me informed before job started and as job progressed, walked through to make sure I was satisfied. Superior work ethic, all four worked hard and as a team, cleaned up every night before leaving. Knowledgeable and artistic. Would hire them again, in fact my husband hired them for additional work before they were done with the original job. Thank you Juan, Jonathon and Team for your outstanding work!!!

Poorly..... They don't follow through and are very poor with communications.

Description of Work
I had this company perform some lawn repair last fall where a swimming pool used to be. They also trimmed and took care of my flower beds and edging. All the work seemed to be great. This year I contacted them again and after a few calls they did come out to give me price on the work I wanted done this spring. That was the last I heard from them. After several calls and return calls I will move on and find another contractor.

Everything went great. Everyone was professional and very nice. Would hire again.

Description of Work
We had trees, plants, and a rock bed installed.

I made a date with the owner to come to my home and he never showed up or called. not a good way to get new business.

Description of Work
wanted a estimate for some landscaping.

I made a mistake with my paperwork from alot of work that I do we are smaller company I work with my guys out on the field also i do aplogize for the inconvenience but to give us a bad review when you could of just gave me a phone call to ask where we are at I would of been over to your property that day no matter how late it was we value are customers and are work shows for it I do truly apologize for our mistake hope that we can still help you in the future have a great morning John and if you still want us to look at your project please let us know thanks John once again we do apologize for the inconvenience
5.0

They were courteous, prompt and very hard workers. I would hire them again.

Description of Work
They put in new paver steps in my backyard, and they did a wonderful job. They also trimmed my bushes and laid mulch. I have had them for over 3 years.