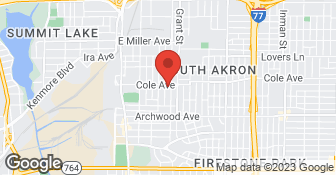 Here at Five Star Painting, we hold ourselves to the highest standard of conduct. We show up on time, finish the job on time, and leave with a result that goes above and beyond your expectations. Your satisfaction is our number-one goal, and we take every step of the painting process seriously, from our preparation to the final quality checks. We make sure there are no surprises along the way by providing an upfront price quote detailing the entire project. Note: We are NEW to using this side of Angie's Ads, you can find REVIEWS on Google or Home Advisor for Five Star Painting of Medina. We look forward to serving you!!  …

Fresh Coat Painters of Hudson is an experienced Hudson painter servicing the local Hudson and surrounding communities. Our company offers a wide range of interior and exterior painting services, and we approach every project with the highest level of quality craftsmanship. Our  …

Driving to work on the local highway on a rainy late morning in moderate traffic conditions, I merged into the far left lane from the middle lane to pass a slow moving medical transport vehicle. About 30 seconds after merging, I saw a large white pickup truck approaching swiftly from behind. I sped up slightly to merge more quickly, but as I use an insurance monitoring device to keep my rates low, I do not accelerate aggressively. Before I could pass far enough to merge over, while my blinker was on, the truck approached even more closely, and I was afraid it would hit me from behind. I merged right as soon as I could to allow the truck to pass, within about 60 seconds of it’s approach. As the truck passed, I was able to see the phone number on the side and called to inform someone of this driver’s actions. The person who answered was named Greg. I started off calm, I asked if he was the owner, he said yes. I then discovered that he was the person who had tailgated me (by his own admission). He accused me of pulling out in front of him, and told me “everyone does” it in response to my complaint about the tailgating. After a frustrating attempt at a strictly logical conversation, during which Greg went back and forth between denying and excusing his behavior, we hung up. I began researching the company and was able to find another phone number on their website, as well as the name of the actual owner, Todd Zavodney on LinkedIn, which indicates Todd is the President. I called the second phone number, which Greg answered as well. I told him I knew he was not the owner, to which he replied that I had asked if he was a supervisor. I told him I wanted to speak with the owner. He said I would never be able to speak with him or reach him because he, Greg, handles the business. I demanded an apology and said that if he could not sincerely apologize, I would be happy to post our conversation to every social media outlet available, to which he replied “go ahead”. At this point, the Mom in me came out and I lectured him on dangerous driving, to which he replied “now we see who has the temper”. He was very angry, and I was losing my patience. He hung up on me. In my opinion, righteous indignation over his cavalier attitude was appropriate. We have had multiple speed induced traffic fatalities in our area recently. Besides this, I do not and never will tolerate being bullied on the road, and if more of us stood up to this behavior, we would all be safer. An individual who cares this little for his risky actions without regard to human lives (our husbands, wives, moms, dads, sons, and daughters) is not the kind of person I want in my home. Greg’s behavior speaks of a person whose integrity is lacking. I would not like to see him angry in my home should I approach him about a fault in his workmanship. It is good to know know ahead of time that this person conducts himself and his business in this manner when confronted with erroneous behavior.

Description of Work
None, this was an experience outside of service.