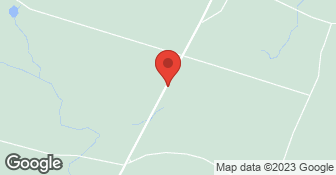 Wheeler & Sons LLC is a general home repair and home remodel company. We also offer full handyman services! We offer free estimates with no travel fee. We are fully insured and family owned and operated! We will beat the customers quote by 10% guaranteed....

Our company is based on the belief that our customers' needs are of the utmost importance. Our entire team is committed to meeting those needs. As a result, a high percentage of our business is from repeat customers and referrals. We would welcome the opportunity to earn your trust and deliver you the best service in the industry. At Emerald City Window Cleaning we are focused on providing quality services with the highest levels of customer satisfaction – we will do everything we can to meet your expectations. With a variety of offerings to choose from, we’re sure you’ll be happy working with us. We offer window cleaning, gutter cleaning, gutter brightening, vinyl siding washing, and solar panel cleaning services. We are a firefighter, family, and locally owned, Syracuse based company. You can always trust that you'll get a professional, experienced, and friendly person when you call us.  …

Moore and Brown Pressure Washing Service can pressure wash barns, houses, porches/decks side walks and anything else you need cleaned. We also provide full Interior and Exterior Painting services and we're focused on making your home look beautiful. Our company believes in value. We're dedicated to each of our customers and will treat your home as if it were our own. If you are interested in getting anything in your home touched up or repaired we are your people! We are great at communication, just call or email us and we can set up a time and day to come by and look at the project before we give out any quotes. Don't hesitate to call us today so we can come take a look your home!  …

We first hired this "company" in February 2021 for some smaller projects: trimming windows, installing wainscoting, and then a complete bathroom remodel. It took him over 2 months to do the bathroom, and he chipped the enamel in the new tub, did a sloppy job with trim work and drywall, and cut into the floor tile when installing the register cover. We paid him, and asked him to finish some of the little things, like attaching the electrical outlets, and he would say "Oh yeah, I'm sorry. I'll do that next time." He never finished them completely, and we just discovered in August since he only duct taped the shower head and tub spout to the wall and my husband was sick of it wiggling, that he never sealed up under the plumbing. We could see daylight because it was open to the slab below. In April, before the bathroom project was completed, we hired him for a large garage and mudroom construction project, along with a new furnace and central air. He prepared a contract which outlined arbitrary draws throughout the project. He claimed this was so he had money to purchase materials for the next phase. We were told the project would be done by 7/4, permits were not issued until 7/15 even though Brandon said he ordered them in May. It wasn't until AFTER I called the code office on 7/9 to verify and then called Brandon out on it, that after making an excuse, he finally submitted the paperwork. It was about this time that he told my husband and I more than once that all of the materials were in and sitting in storage with the building supply company. He said he didn't want to get them delivered and have them rained on. He would not show up for weeks at a time, and then come and work for a couple of hours, sometimes for one day, sometimes for 2 or 3. Never did he put in a full days work for any stretch of time. In mid-August he emailed us to say he would not finish the job. He admits to owing us a refund, which he has not provided. He claims materials have been ordered and paid for, but the business does not have record of payment. We paid him over $20,000 in advance for certain stages of the garage project, in accordance with his terms, but he did not hold up his end of the contract. We had to hire someone else to do it. Materials are now more expensive, and some of what he did was not right and needs to be redone. It's very unfortunate since he seemed like such a nice guy.