Roofing
Gutters
Siding
Finished Carpentry and Woodworking
Windows
Heating and Air Conditioning
Water Heaters
Insulation
Doors
Licensing
Insured
All statements concerning insurance, licenses, and bonds are informational only, and are self-reported. Since insurance, licenses and bonds can expire and can be cancelled, homeowners should always check such information for themselves. To find more licensing information for your state, visit our Find Licensing Requirements page.
Business Details 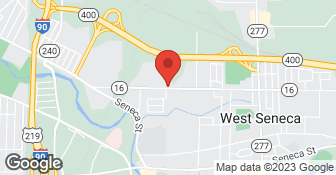 Now That You’ve Found Climate King, You Can Relax. The last thing you want to think about is repairing your furnace, boiler and air conditioning systems in your home. That’s why Climate King is the best choice you can make. Service technicians with years of experience sent to your home, 100% customer satisfaction guaranteed, excellent service, quality products, the latest technology and great pricing are our hallmarks. Rule your Climate with the King! Technicians are paid to fix your unit not sell you a new one. Unlike other companies our technicians are not being paid on commission to sell you know equipment. This eliminates any conflict or interest or incentives for a technician to condemn your equipment. Even if it makes more sense to replace your equipment rather than fix it. We will always provide you with the repair cost so you can make an informed decision whether to repair or replace your system.

Long story short: Ohrt and Goodman installed a new roof around 2010, and by their own admission, did a completely terrible job. Gutters were installed incorrectly, as well as general pitch and other areas as well, and as a result we get frequent leaks. Even though they fully 100% admit that this was their fault, and was their installation error, they will not offer any discount on repairing. Furth...

DESCRIPTION OF WORK
Nothing! They blew me off twice for an estimate.

They were right on time for our appt. did all that we asked and were careful not to damage the existing shingles when doing the work and inspection. Very thorough, courteous, knowledgeable. We heartily recommend them.

DESCRIPTION OF WORK
Fixed leaks around chimney and vents, inspected roof and gave estimate on when we should replace it.

Start to finish, it went great! No complaints. I asked for an estimate, they came and looked things over, then explained what options I had. I chose to have entire roof re shingled. They removed old shingles, installed new ones and adjusted gutters so that they are pitched properly. They replaced some rotted decking and rafter ends. They also pointed the chimney. The final bill was exactly what th...

DESCRIPTION OF WORK
Removed & replaced shingles. Adjusted gutters so that they worked properly.

DESCRIPTION OF WORK
Had three layers of old roofing torn off and removed. Most of the original plywood underlayment was found to be in poor condition and cofirmed by my own personal observation. Asked roofer to cover entire roof with new plywood rather than just replacing bad sections. Extensive ice shield,and aluminum flashing applied due to chronic ice dam problems despite past improvements in insulation and ventilation. Much of the fascia board needed replacement due to borer bee damage. Had wood fascia covered with aluminum and new, better ventilated soffit added as well as new gutters and downspouts. Roofing crew worked hard and was very professional adding touches to make up for shortcomings in the original construction of the house and insuring the best appearance. Was very pleased with the quality and appearance of the work done as well as the attitude and professionalism of the work crew. Even more pleasing was the fact that, when we found a small cosmetic issue stemming from the original installation of siding when the house was first constructed, Ohrt & Goodman had someone out within a day or two and rapidly resolved the problem. Have used this contractor in the past and again selected them over some less expensive alternatives because of the quality of their work, the fact that they stand behind it and that they have always responded quickly to any problems whether relating to their job or to extreme weather issues.