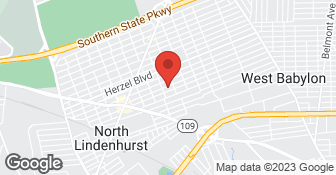 Tom and helper repaired something I was sure would have to be replaced. They were professional, efficient and fast. He even spent extra time advising me on another project. Great experience.

I could not be more pleased. Tom, the proprietor was very easy to reach, very punctual and very professional. For both jobs, the quotes were very competitive, undercutting other quotes in both cases. When it came time to do the job, they showed up right on time, worked very efficiently and delivered very neat quality results. I feel like I paid handyman prices yet got quality expert work. Fox plumbing are honest, consummate pro's. I will not hesitate to use again.

Description of Work
I used Fox twice recently for the replacement of a waste line at my parents' house and for the installation of baseboard heat at my own house.

We recently renovated our bathroom and contacted Tom Fox based on Angie's List. We have owned several homes over the past 25 years and have undergone extensive renovation on most. That being said, Tom Fox tops all. Upon contact his voice message will invite you to leave a message and that he returns phone calls in the evening. Yes, he did. We set up an installation date, which he adhered to. Upon inspection, the 50 year old toilet drain pipe showed wear and leakage. It was repaired with minimal invasiveness, as were the worn pipes for the sinks. This was no "upsell" by Tom. It was obviously necessary and professionally repaired. Tom solicited our input on the placement of the shower head, hand held wash and diverter controls. It was clear, Tom understood this was going to be "our" bathroom. He understood the issues, even if we didn't at the time. All was neatly and beautifully installed. Immediately one of the sinks leaked underneath. After two re-visits, it was determined that the flow valve was defective. We ordered new parts from Kohler and Tom installed it. Due to this defective part, Tom returned to our house no less than three times. No balking, no push back, no complaints, no delay. Oh yes, and at at some point in between, he called on his own to find out the status of the part order. What else is there to say? If you want a bargain call a handyman. If you want it done right with peace of mind, call Tom. Tom is what you hope every contractor would be.

Tom was very responsible with regard to planning and coordination with the other contractors on the job to make the installation and inspection go smoothly. He kept to his price and did the work requested in a very professional way, as usual.

Description of Work
Tom and his guys ran a gas line about 180 feet from my gas meter to a new pool gas heater.

Description of Work
Removal and installation of a toilet bowl and tub spout. Response time was quick. My son was home sick 2 days prior to our appt date and he was able to squeeze me in and come sooner.

We always use him and everyone I have recommended him to have been very happy with him and the quality of work he has done.

Description of Work
He checked out our home and determined the alarm false and we were safe to be in our home. He replaced a carbon dioxide detector and did great work.

Outstanding service!! We were referred to Fox's Plumbing by our neighbor and I also checked Angie's list for reviews. There weren't that many reviews, but all were excellent so we decided to give Fox's a try. We have been trying to find a reliable plumber for a while and have had bad experiences with unreturned calls. I called Tom over the weekend and left a message. He called me back first thing Monday morning; I wasn't in so he left a message. We connected Monday evening and scheduled an appointment for Wednesday morning. Our issues were not urgent, so we didn't need someone the next day. I thought that a Wednesday morning appointment was very quick. There was no mess when they completed the work and it seems that all of our issues have been resolved. I was VERY pleased by the responsiveness and professional service. We also felt that the price was fair. I would absolutely use Fox's again.

Description of Work
Fixed a dripping pipe above our hot water heater. Repaired a fixture in our shower. Repaired the flap in our toilet.

Smooth! I've used Tom Fox for many projects around my house, the most recent was in my kitchen reno. Tom moved all of the plumbing and gas lines for the project- he was fast and very efficient. I've never been disappointed with his work. I would highly recommend him for any plumbing needs you may have

Description of Work
Re-routing of gas and plumbing lines in kitchen.

Description of Work
Leak in the heating system. The heating pipes needed to be repaired and replaced and the line bled. The plumbers came worked throughly and quietly despite the job. They did not leave until the job tested out perfectly and I have not had a single problem with the system since. Overall the experience was great. Since I have found this plumber I have not called anyone else. In the past I used several different plumbers when needed and the work always needed to be repaired or followed up shortly after the job. But, Fox Plumbing has been the best experience as they answer quickly, arrange work quickly are reasonable in cost and complete and competent in their repairs.

He came the next day and fixed it and he did a great job. He put in a new furnace and a new hot water heater before that for us. He ran a gas line to the house and put a gas line to the outside. He did a spectacular job. My sister had used him on a couple of her rental properties. That was how I known him. He is really good and he gets back to you fairly quickly, especially in emergencies. He accommodates our schedule and is very competitive. His prices are good and he does high quality work. He never leaves the job until it is done perfectly. He is just great.

Description of Work
Fox's Plumbing & Heating fixed a pipe that had burst in January.

When you need an experienced and professional plumber, look no further than Sal Manzo Plumbing & Heating. Our team has been serving Long Island, NY for more than 30 years with fast, affordable and reliable plumbing services. We offer emergency services 24 hours a day. Our companies was founded on the philosophy that all plumbing needs should be served through a one-stop shop; which caters to both professional tradesman and do-it yourselfers. Whether you need your gas stove installed or a faucet for your kitchen or bathroom, we've got it for you. We carry lines from all major plumbing manufacturers, and we also have our own line of company chosen faucets for kitchens and baths. Our merchandise adheres to the strictest industry standards. Visit our E-Commerce store to see our large selection of American made Professional grade Wolverine Faucets. Award winning.  …

We have the experience and dedication to bring your dreams to reality! Specializing in Heating and A/C Services, we guarantee your satisfaction, and we won’t leave until the job is done right. We pride ourselves on the quality work we provide, while delivering great customer service! Call or click to schedule a free estimate today!  …

Fox's Plumbing & Heating is currently rated 5 overall out of 5.

No, Fox's Plumbing & Heating does not offer eco-friendly accreditations.