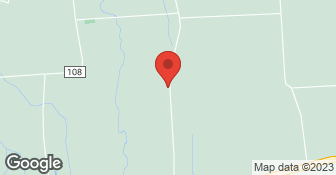 We are a 3 generation family owned business that specializes in restoring all types of homes from cedar siding to vinyl siding and everything in between. We have over 25 years of experience in the restoration, staining and painting business. All of our workers are family members. We hire no sub-contractors and we accept all major credit cards, cash, and personal checks and we also finance for a select few. Our business is based on trust and quality over quantity. Many contractors try to copy how cedar restoration operates. Cedar restoration will never ask for money upfront. Let Cedar Restoration add color and beauty for the investment of your homes future and longevity....

My name is Mikki, I am a mother of 4 children, as well as the owner of Elite Professional Painting. We are a family owned and operated company since 2009. My Husband Bruce has painting experience dating back to 2000, specializing in all aspects of painting & special finishes. We understand everyone has a budget and we do everything possible to help you stay within that budget. Residential and commercial. Check out our services offered and call or click to schedule a free estimate today!  …

Our contract with Cedar Home and Restoration for our entire project was signed on 11/20/15. My wife and I were reluctant to sign due to the fact it was late in the year but we wanted to get damaged cedar shingles (holes by woodpeckers) repaired before winter. Contractor stated he had a break in his jobs and it shouldn't be a problem to get the repair work completed in the fall. Total amount of the contract was $6,100 but contractor wanted $1500 down to complete the repair or replacement of shingles including stain to match the house. Beside our better judgment we agreed to $1000 down in cash. Unbeknown at this time, we overlooked a line on front of our contract stating that "Cedar Home and Restoration will never ask for Money up Front. Our Company is based on Trust." After repeated calls and texts I was told by contractor that the weather was not conducive to replace shingles and apply stain. My reply was "Not to worry about replacing damaged shingles but just putty the damaged holes and apply some stain to cover for now and worry about replacing shingles in spring." Contractor replied he was still trying to break a crew free and come over to replace shingles and stain in one day. After repeated calls and attempts to get the contractor to our house he finally showed with one worker and puttied holes and he also asked if we could supply the ladder. He then stated he would be back in a couple days to apply stain to the puttied holes. When this didn't happen and many nice days went by, we sent him a text and stated that we were frustrated and would like to recoup the majority of the down payment back less his time and expenses which included a pint of putty, some bug juice and labor for two workers. Contractor replied he had no control over the weather and it was on our shoulders because we waited so long to sign a contract, even though he said he could get the repair work done this year he changed his story and stated he had other commitments that came before ours that he needed to finish. Contractor then stated that he would cancel our contract, for various reasons, as of 12/21/15. He said we would get a refund and a letter from his attorney after he returned to his office on 01/06/16. My wife and I agreed to canceling the contract due to our concern with the communication level and the negative working relationship we had with this company. As of this date, March 11, 2016, and many attempts to contact him or his company, we have not seen or heard anything. Bottom line here is we want a refund of monies owed us due to amount of work completed and cancelled contract. We are concerned we will probably never see even a partial return of our deposit or him. I ended up staining the puttied shingles myself because the house looked terrible with the white putty all over and I did it on one of those NICE 60 degree days we had here in Webster, NY in December.

Description of Work
Provided quote and contract to repair or replace damaged cedar shingles on our house and stain to match existing stain - this part of contract to be completed in fall of 2015. Next year, 2016, entire house to be cleaned and stained with (2) coats of solid stain. Only work completed to date was damaged shingles filled with putty.

No money down we get paid when job is completed

we only specialize in exterior staining and painting.Interior exterior homes, cabins,decks,docks, fencing,barns. please look at our web page to see all of our services