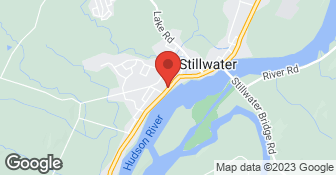 Here At Malone's Plumbing, Heating, Cooling, Remodeling, LLC We have the DO IT RIGHT, Additude. We cover every aspect of our trade. All one zone Boilers are 4,996.99 Electric Hot Water Tanks are 699.99 Gas Hot Water Tanks are 856.99 All labor & parts Included with a two year waranty...

DO NOT GIVE THIS MAN YOUR MONEY!!! He is a liar, a fraud, and stole $3,000 from me. He quoted me on installing a mini-split AC system and I gave him a 3k down payment to purchase the unit and start the work. I thought he had been recommended to me by someone I trusted (which is why I overlooked many red flags and gave him money), only to later find out he was not the guy who was actually recommended. After Corey delayed the start date 2 times, I researched him further online and realized he had lied to me and misrepresented his work. He had shown me photos of “his remodeling work”, which I found were taken from various sources online, like Pinterest. These photos were also on his Facebook page, which he later removed after I called him out (I have screenshots, though). Then I called the supplier from which he ordered my AC unit (Meier Supply Co., Inc). They pulled up the order and said it was not paid for or picked up. Shortly after, I called Corey to cancel the job. I called him out on lying to me by misrepresenting his work and he admitted to that but lied further, saying he had already paid for and picked up my AC unit and pleaded with me to let him do the job. He admitted to lying again when I told him I had talked to the supplier that day. He agreed to pay back my 3k, but then the next day he began giving me the runaround via text and email, saying he had to do everything by the book and that I’d receive a call from his accountant (which he doesn’t have) and things had to go through his finance department (which he doesn’t have). It’s been a month now and I haven’t heard from him again, nor have a received any of my money back. I don’t expect to. I’m not sure whether or not Corey Malone is a good plumber. He might be, but I know for sure he’s a liar and crook. Stay clear of this guy.

Give us a call or click to schedule an estimate  …

Houle's painting & construction specializes in painting interior, exterior of houses. We also do siding, doors, windows, trim, sheet rock, plumbing, and roofing. I have about ten years of experience in construction. Learning and teaching all the right ways to do it. The workers I have are not new to this either. We work together to accomplish any obstacle in our way. We guarantee your satisfaction, and we won't leave until the job is done right. We pride ourselves on the quality work we provide, while delivering great customer service! Call or click for your estimate today!  …

Here at Malone's Heating,Cooling,Plumbing & Remodeling LLC We offer anything you need to make your house a complete home. We have vauled Tecks that do Heating (HYDRONICS EXPERT) PLumbing Electrical Carpentry, So if you need something done give us a call, We DO IT RIGHT THE FIRST TIME, SO YOU DON'T HAVE TO

No, Malone's Heating, Cooling, Plumbing & Remodeling L does not offer a senior discount.

Malone's Heating, Cooling, Plumbing & Remodeling L offers the following services: Here at Malone's Heating,Cooling,Plumbing & Remodeling LLC We offer anything you need to make your house a complete home. We have vauled Tecks that do Heating (HYDRONICS EXPERT) PLumbing Electrical Carpentry, So if you need something done give us a call, We DO IT RIGHT THE FIRST TIME, SO YOU DON'T HAVE TO