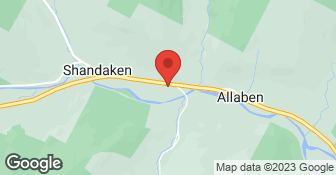 Metro NY paper names A Moveable Feat Best Movers of 2011! We are a small family owned moving and delivery company for commercial and residential moves. We are licensed and fully insured for inter-state moving which means we can move cargo throughout the US. We accept cash or credit/debit. You can contact us at 800-607-0689 or office@amoveablefeat.com. We own a small fleet of 24-26' Box Trucks that are fully equipped for a professional move: dollies, tools, moving blankets, shrink-wrap,bubble-wrap and all size boxes for rental or purchase. Certificates of Insurance can be supplied upon request. We offer low cost moves by the hour or flat rate. Our flat rates are binding if the job description stays the same on the request form and includes all fees. For a flat rate, please fill out a request form on our website. For by the hour rates, please call our office. A Moveable Feat is an environmentally friendly business and donates to environmental charities in order to offset our carbon "treadmarks." We have a professionally trained crew of drivers and movers. Our company name is a play on Ernest Hemingway's memoir A Moveable Feast and one of our favorite books....

This is the best moving company you can find - efficient, reliable, careful, with the highest job ethnics! I will hire them again and strongly recommend to those who wish their move go timely and smoothly. Thank you so much, A Moveable Feat team ! Inna October, 2021

I hired them to help me move out of my 3 bedroom apartment. They were amazing. They explained every thing to me, and they worked very quickly. They made my moving experience stress free. Will definitely hire them again if I have to move.

The guys were prompt and courteous. They worked very hard and quickly. No breaks and no complaints whatsoever. These were flat fee moves, so I wasn't at all worried about how long they would take to do the moves. Unfortunately, I think they tried to work too quickly. They didn't take enough precautions when protecting our furniture. Since the move (we're still unpacking), I've noticed quite a lot of dinged corners/edges of furniture. Also, I almost killed myself with my fiancee's dresser mirror because they didn't attach it at all. They put two screws through the mounting rails of the mirror into the back of the dresser, but clearly they did not check their work. The screws were holding onto absolutely nothing. As they were leaving, one of the guys said, and quot;you should put a couple more screws into that mirror,and quot; but he failed to finish that statement by saying, and quot;because the two screws I put in didn't attach to anything.and quot; After they left, the mirror nearly fell off the dresser onto me and/or the floor. It only took a moment to see the problem and another couple moments to re-attach the mirror properly. They were just moving too quickly. I will say that they did a great job of placing things exactly where we told them. Because of the furniture receiving so many bumps and bruises, I probably would not use this company again. If I did, I would insist that they *thoroughly* protect the furniture and anything else that could be dinged. Not that our stuff is anything great...but it's our stuff and we wanted it to be in the same condition as before the move.

They were professional and very responsible movers. We had last minute move to schedule and they worked with us to advise and arrange type of truck and timing. Furniture was fragile antiques and they were extremely careful to wrap and make sure everything was secure. They gave very fair estimate and performed excellent service. Would definitely use again.

I needed to move from Brooklyn, NY to Chicago, IL within a week for a new job. With a small studio apartment in Brooklyn, I did not have a lot of things so most moving companies were overkill for me--way too complicated and expensive. Vitaly worked with me and was able to accomplish this move quickly and efficiently with only a week's notice. While most moving companies take 7 - 10 days to move your stuff, Vitaly did it overnight. He had a large van that fit all my items with room to spare. We worked with a flat fee, and all he expects is that you have a good estimate of your items. The job was done professionally and Vitaly was very kind. If you are looking for a hassle free move with a simplified process, definitely call A Moveable Feat!

Description of Work
Loading items, including a cello, desk, and an ikea beddinge (did not take apart, thankfully), boxes of fragile items and books, into a van, transporting them overnight from New York to Chicago, and unloading them into the new apartment.

Overall, it went great. They arrived at the apartment building within the time frame arranged; we went to the apartment; and they wrapped the curio cabinet, put it in the truck, took it to the other apartment, put it in its new place, and unwrapped it. Everything went very smoothly and the curio cabinet is safe and sound in my apartment. However, I was told by the company that they could take credit cards, but, when I told the movers that I wanted to pay by credit card, they said that cash was better. They ended up driving me to the bank so I could get cash. In addition, the lead mover was very pushy about the tip and I ended up paying more than I wanted to.

Description of Work
The company moved a curio cabinet from one apartment to another in two different elevator buildings. The move was about two blocks. It took less than an hour, I think.

A Moveable Feat was a fantastic company to work with. This was my and my husband's first time using movers, so we had a lot of questions about insurance and what to expect. They took the time to answer all of our questions (both by email and phone). The movers came on time, packed up, traveled to Baltimore MD and upacked everything by 5pm. They were quick, efficient, and careful with our belongings. My husband was particularly concerned about our TVs and a few smaller items. Vitaly took the time to listen to my husband and assured him that he would take extra care with those more fragile items. We were incredibly pleased with how well the whole move went, the work ethic of the movers, and the great customer service. We would definitely use these guys again in the future!

Description of Work
We used A Moveable Feat for our move to Baltimore. They disassembled furniture, packaged more fragile items (i.e. flat screen tv's, lamps, etc.) and moved all of our belongings and pre-packed boxes to Baltimore from North Jersey.

Vitaly and his crew are second to none! They are the most careful, courteous, and professional movers I've ever worked with. All of my fragile items were handled carefully and they wrapped most of my furniture in blankets or plastic when requested. They even dismantled some of my furniture and reassembled it in the new place. These guys really know what they are doing--they work hard and efficiently. They didn't leave a single piece or rubbish, or a single scuff mark in the stairwell or elevator. Also, the price Vitaly quoted is exactly what he charged at the end of the job...no hidden fees or surprises. I also dig their name and cool logo. I highly recommend A Moveable Feat!! A++

Description of Work
The approximate spend above represents two moves. A Moveable Feat moved the contents of my two bedroom loft in Manhattan into a storage space on Long Island. About a week later they moved everything into my new apartment in the Village (a 4 story walkup)

Vitaly and his crew arrived not only on time he was in fact fifteen minutes early to find parking and assess the job. They immediately started working coming equipped with many blankets to protect all of my furniture and fragile items. Seemingly inhuman in strength and speed, they packed my three floor home and delivered tons of boxes and massive pieces of furniture to my new third floor walk -up with care and precision. A moveable feat made the dreaded moving day incredibly stress free.

We are a profit sharing, socially and environmentally responsible moving and hauling company, serving the Hudson Valley, NY. Reasons to hire us: - We are a profit sharing company with vested members only. Over 400 5 star reviews out there. A+ rated BBB. Angie’s List Super Service Award Winner 6 years in a row. We make moving fun!  …

SUDS is more than a house cleaning business. We are a small family business doing big stuff ! TRASH-OUTS! FORECLOSURE CLEANUPS! POST CONSTRUCTION CLEANUPS! PROPERTY CLEANUPS AND MORE! Specialty. *FLOOR CARE *CLEANING AND MAINTAINING OUR WORKERS ARE TRAINED, EXPERIENCED, HARDWORKING INDIVIDUALS WHO GET THE JOB DONE RIGHT. We bring over twenty years of cleaning experience to a fairly new business. Our motto is simple: Excellence and integrity!  …

We specialize in long-distance moving services! We guarantee your satisfaction, and we won’t leave until the job is done right. We pride ourselves on the quality work we provide, while delivering great customer service! Check out all the services we offer below and call -or- click to schedule a free estimate today!  …

Insured
All statements concerning insurance, licenses, and bonds are informational only, and are self-reported. Since insurance, licenses and bonds can expire and can be cancelled, homeowners should always check such information for themselves.To find more licensing information for your state, visit our Find Licensing Requirements page.
General Information
Free Estimates
Yes
Eco-Friendly Accreditations
Yes
Payment Options
MasterCard, Discover, Visa
Senior Discount
No
Warranties
No

A Moveable Feat is a new family owned moving and delivery company servicing the New York Tri-State area. It’s stressful enough relocating to a new home or business location, but with our friendly crew we hope to make the move a pleasant memory! Our growing company prides itself on personal service with repeat customers for all kinds of delivery, moving and furniture assembly jobs (beds, couches, cribs, shelving units - no construction). We are a licensed lnterstate Moving Company - US and Canada

We are not licensed or insured to construct or install any type of built in-shelves, walls, doors or AC Units.

How is A Moveable Feat overall rated?

A Moveable Feat is currently rated 4.6 overall out of 5.

What payment options does A Moveable Feat provide

Does A Moveable Feat offer a senior discount?

No, A Moveable Feat does not offer a senior discount.

Are warranties offered by A Moveable Feat?

No, A Moveable Feat does not offer warranties.

What services does A Moveable Feat offer?

A Moveable Feat offers the following services: A Moveable Feat is a new family owned moving and delivery company servicing the New York Tri-State area. It’s stressful enough relocating to a new home or business location, but with our friendly crew we hope to make the move a pleasant memory! Our growing company prides itself on personal service with repeat customers for all kinds of delivery, moving and furniture assembly jobs (beds, couches, cribs, shelving units - no construction). We are a licensed lnterstate Moving Company - US and Canada

Are there any services A Moveable Feat does not offer?

We are not licensed or insured to construct or install any type of built in-shelves, walls, doors or AC Units.