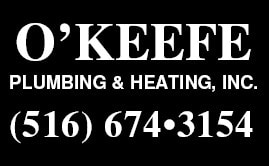 Excellent service; Tim, the owner, was very punctual, quote was fair, work was done to spec. and on time, service person Steve was super nice. Tim even had his service person fix some items that were not related to make sure plumbing was up to date. I highly recommend them and am grateful to them.

Really appreciate your recommending us and for taking the time to review us. We're so glad we could be of service. We will show this review to Steve. We're here if you need us.

Had to replace a circulating pump. Called the day before X-mas Eve and they were there at 9 Am ON X-Mas Eve. Tremendous customer service and reasonably priced.

Thanks for taking the time out to review us! Really appreciate the positive review. So glad we could be of service!

The previous owner had completely botched the installation of a shower drain, which however only recently failed on us --- with catastrophic consequences! Our plumber, Steve, had to first carefully diagnose the problem, and then cut away a significant amount of sheet-rock to access the drain from below. He discovered that the drain had been installed by someone who had apparently considered doing the job safely, correctly, and legally to be "just too hard," and who had instead committed several atrocities. It turned into an all-day job, but Steve persevered, and completely fixed the problem, despite having to overcome many significant obstacles. This is a first-rate plumbing company. I will use them again in the future, and am happy to recommend them.

Description of Work
Replace shower-drain that had fallen apart and caused serious leakage.

Thanks so much for taking the time out to give us such a positive, detailed review! We really appreciate it & have made sure Steve got to see it. We're here should you need us. Thanks again.

It was fine. He came out on a Saturday. He accommodated my schedule.

Thanks so much for your review. Glad we could take the time to help you with your problem.

Excellent. Tim came and quickly diagnosed the problem. The repairs were completed in a timely manner and the work area was cleaned up afterward. I would definitely use him again.

Description of Work
Determine source of leak in basement ceiling

Thanks so much for taking the time out to review us. Glad we were able to help you.

O'keefe plumbing came quickly to diagnose and fix a leak in our shower. Three plumbers had come to diagnose the leak but could not find it. O'keefe took the time to painstakingly search for the leak and finally found the leak and the conditions that were causing it. They told us exactly how to fix the leak which entails our shower door. They cleaned up any mess from the job and I would highly recommend them as a knowledgeable, reliable plumber and will continue to use them.

Thanks so much for taking time out to review us! If you need us, we're here.

Came quick did the work quickly and properly. Charged a standard fee for coming to do the work so if there’s a small job may be a little more than the job would require but understand he’s coming to do work so needs to make a minimum amount to show up. Overall happy. Recommend him.

Thanks for your honesty and for taking the time out to review us!

Sunday evening my hot water heater started to leak. Monday morning at 8am I called Okeefe Plumbing and Heating. Within 15 minutes I received a call from Tim who was at my home within another 15 minutes to access what was needed. We agreed on the equipment and cost and within 1/2 hour, Tim was back with my new water heater and began installation. I had my hot water back by 11am. The job was done neatly and professionally. If you live in the north shore area, Okeefe is the one to call. I wouldn't call anyone else. Thank you Tim!

Really appreciate your kind words. Glad we were able to get you up & running quickly!

Tim did an excellent job diagnosing and repairing my boiler. He was very responsive to all my concerns. Very high marks for quality of work, honesty, professionalism and knowledge in regards to high efficiency boilers. Highly recommended and will certainly use his services for all my future heating and plumbing needs. In addition, he prepared all the necessary paperwork for the warranty reimbursement without delay....Greatly appreciated all his effort!!!

Thanks so much for your great review & for taking the time to let us know what we're doing right! We really appreciate it.

I had an outdoor hose bibb that would not work. Once again, I called my favorite plumber, Tim from Okeefe Plumbing. Tim showed up on time and had my hose bibb replaced and repaired. If you live in the Glen Cove, Sea Cliff, Locust Valley area, call Okeefe. They are the best.

Great! The plumber was very professional and did an exceptional job. He was diligent and although some problems arose with parts, he was determined and had the parts delivered by a coworker. Very pleased with this company and will hire them again.

Thanks for taking the time to let us know we did a good job. Really appreciate the great review.

Tim was very responsive and helpful. He attempted to walk me through the issue over text and phone, then stopped by 3 times to make sure the issue was resolved. He works smart and definitely owns and honors his work. Great asset to the community and would recommend to anyone in the area.

Thanks so much for your positive review and recommendation. We appreciate you taking the time to let us know we got the job done.

Wow!! Two of my radiators were not working, and the heating system was noisy. One of the radiators had been examined by another plumber who could not identify the problem. Tim quickly diagnosed the problems and fixed both. I don't understand all of what he did, but it involved removing an old expansion tank and replacing some other part. He replaced a toilet tank part at no charge. He is knowledgeable, personable, and a complete delight to deal with.

It was a pleasure meeting you! Thanks for giving us such a great review. Tim

Tim and his staff arrived on time and Installed the Hot Water Heater. Everything went smoothly & done correctly. Tim always returns phone calls and does his best to accommodate your schedule. I have issued him for all my plumbing repairs.

Tim and his crew were punctual, neat and professional. They worked well with the contractor. The work was completed in a timely manner with no problems.

Thanks so much for reviewing us. We appreciate your business!

I was very pleased with the outcome. I called O'Keefe Plumbing and heating because my heat was not coming on and cold weather was expected the following day. I called in the morning and left a message. Timothy the plumber called me right back and agreed on a time to pass by the same day. I had expected the problem to be bigger then it was because I had an older boiler. I was very happy to learn that the problem was actually a faulty thermostat that needed to be replaced. this was a relief and the problem was quickly resolved. I found O'Keefe Plumbing to be professional and honest. I would definitely call them back and this was the first time that I had used this local company

Really appreciate your taking your time to review us and glad we were able to fix your problem! We're here if you need us.

Tim is extremely knowledgeable and professional. All service calls are addressed quickly. Tim is patient and dedicated to fixing the plumbing issue in a timely and cost effective manor. Overall, great service company!

Thanks so much for taking the time out to review us. Glad you're happy with our service!

Tim was a gentleman. I recently moved into a new Home and my hot water wasn’t running properly. He helped me diagnose and fix the problem over the phone through FaceTime. Turns out it was a simple issue of the units power being off. Tim walked me through everything over the phone. His company will be my go to provider next time I have an issue!

Our pleasure. Glad you were happy with our service.

Tim and his crew are honest, knowledgeable and efficient. They do good work and stand behind what they do. Tim takes the time out to explain what's wrong, how he would fix it and what alternatives are available.

Mr Okeefee was honest and found that there was some lint under the water heater that caused the light to go out. He cleaned it out and it worked like a charm! Fixed ! No problems since over 4 weeks now.. also gave a an Angies list discount

Description of Work
Checked the Gas Hot water Heater because Pilot light was out.

Glad you were happy with our service. Sometimes it's all in the troubleshooting.

As provided for. We did provide the parts so as to keep the price a little lower. But they charged as discussed and were willing to estimate a price over the phone (unlike another service).

Description of Work
Remove disposal and re-pipe trap under sink.