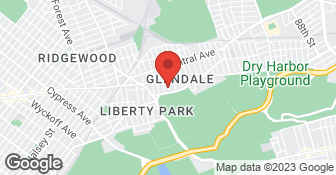 At Empire Exterminators, our commitment is to our clients. There is nothing more valuable to us than the needs of our customers. Here at Empire Exterminators, everyone on our team is a state licensed technician to ensure that your home will be treated with the utmost professional care. We provide pest solutions in Manhattan, Queens, Brooklyn, Bronx and Staten Island. Have a busy schedule? No problem, we will work with you to provide the most convenient time and options for you. For your convenience, same-day services are available in most cases. Your family’s health and well being is important to us, we use the safest, most effective, quality products to rid your home of pests. Our clients are amazed by our results and you will be too. Try us today and you won’t be disappointed....

The year of the ant…INFESTATION! It was endless, relentless, they took over an area of my kitchen and none of the usual tricks worked: even the highly-touted Terro Traps. The ants just kept coming and marching through a cabinet that houses jars and jars of spices. Down…up…down…I read that they hate Chile pepper flakes. I sprinkled them in the cabinet on boric acid. One little guy picked up a flake and brought it up to the nest (which I think may be located behind a cabinet hinge.), and thumbed his antennae at me. I saw them going behind electrical plates. They were fearless. So I bit the bullet. I was tired of losing counter space in fear of ants tumbling into my food prep. I contacted EMPIRE EXTERMINATORS via Angi, got an IMMEDIATE callback from NICO, who was at my door, equipment in hand, within an hour. (YES, he wore a mask) After seeing a constant march of critters for months, there is now one lonely, disoriented guy on the shelf. Nico used a gel bait, put it in corners of that cabinet and many other places, like window sills, under radiators, He sprayed inside and out, dusted the grass with non toxic powder and now I don't have to continue contemplating the sharing of my breakfast with the invasion. Finally. I had read that many people are complaining about ants this year; spring rains allegedly were the cause. If you are fighting ants like I was, call Empire Exterminators. Thanks, again, Nico! And thanks, Angi!

Nicholas at Empire was great. He showed up when he said he would, remedied the issue after one visit, and charged me LESS than I was initially quoted. Super responsive, reliable, honest, and reasonably priced.... as good as it gets.

Description of Work
I was out of town and needed someone to deal with what I thought was a larger pest control issue.

Excellent. Nico was extremely professional. He arrived on time and thoroughly examined the premises before he began spraying. I was very impressed with his attitude and professionalism, so much so, that I have already agreed to have him come again each month for follow-ups. I highly recommend Nico and Empire Exterminators.

Description of Work
Sprayed/exterminated all floors in my Two-Family house, including the basement area.

Nico was super professional, courteous, communicative and timely. He explained what I should expect to see abs everything he told me about the treatment and residual sightings and eradication from the treatment has come to pass as described. Excellent service all around.

Description of Work
Treatment for roach sighting in basement

The process went very smoothly. Nico was incredibly responsive and was very thorough in the work that he did. I would highly recommend him to anyone who is looking for an exterminator.

Called him 8:00/8:30 pm night before. He responded immediately and scheduled an app for 7:30AM next morning. He was very prompt and and helpful. The issue was resoled after one visit. Great job! Would hire him again for sure!

It went well. They were very responsive and were able to come the same day. They were early for the appointment and did what was required. Hopefully it addresses the issue with getting rid of the one mouse that was reported in the apartment. Time will tell....

Nico was fantastic- responded right away on a Saturday morning and was able to make the appointment in a few hours for expedient service. He was on time, did the job well and went above and beyond in certain aspects. He was careful in spraying each room and applied gel in cabinets and the bathroom. So far, we’ve seen a few dead bugs, but that must mean it’s working well. I would highly recommend Nico for any extermination job in your apartment or home.

[Member Name Removed], thank you so much for your amazing review!
5.0

Nicolo was prompt, communicative, and handled some scheduling changes with ease.

Thanks a million for your review [Member Name Removed], I am glad that we could help.
5.0

This is the first visit, have to reply later to see if it is working! But so far great service!!

Description of Work
Have mice in the house

Excellent. The staff at Empire were timely, professional, helpful, super nice and reliable. Results were A+! Would recommend to anyone.

Description of Work
I needed my first floor apartment treated.

Thank you so much for your review [Member Name Removed], I am happy that we could help!
5.0

Empire exterminators were extremely professional and knowledgeable about the insects that were taking over my house! The treatment was effective and I would definitely recommend him to friends, family, and others!

[Member Name Removed], thank you so much for your review! I am glad that we could help!
5.0

Everything went really well. The Quality of the service was phenomenal. From start to finish. Getting in contact and scheduling the job went really smooth. I no longer have a problem in my house since the job was done. I highly recommend anyone who needs any type of extermination done in their house, to use this company.

Thank you for your stellar review [Member Name Removed]! Glad we could help!
5.0

I am very satisfied with the services Nico provided. He was fast, efficient and assuring all products were pet friendly. I recommend him to everyone and I will definitely use him again if needed.

Description of Work
Extermination of all insects in my home

Thank you for your review [Member Name Removed]! Glad we could help!
5.0

Called and came right away and was very sufficient and cost was low. Friendly customer service and the results were excellent. Would hire again.

Thank you for your review, [Member Name Removed]! Glad we could help!
5.0

Amazing! Same day service. Saw results right away. Very polite and respectful, ensured me everything will be under control. The work and price cannot be beat.

Thank you so much for your review! I am glad that we could help!
5.0

Excellent. They respond right away. Always take care of all issues. We do monthly maintenance.

Description of Work
They took care of my school.

Thank you [Member Name Removed] for your stellar review. We're glad we could help!
5.0

Thank you very much for your review! We're glad we could help!
5.0

Excellent. I called and showed up the next day. They took care of the issue the same week and followed-up after work was done. No issues since. I would hire them again.

Description of Work
One of my tenants had insect problems so Empire Exterminators serviced the building.

Thank you very much for your review! We strive to give our customers the best service possible and we are happy that we could help.
5.0

He did a great job. I called him and was over in about half an hour. Outstanding service. I would hire him again and have referred him to others.

Description of Work
They took care of a mice problem for me.

Thank you for your review! We're glad we could help!

Here at E Z Pest Management INC, we pride ourselves on professionalism, attention to detail, and a dedication to our clients wants and needs. As a locally owned and operated business we feel invested in our clients and constantly strive for customer satisfaction. We will not leave a project until you are 100 percent satisfied. Feel free to give us a call!  …

PEB is a family-owned business and has been serving the Brooklyn area since 2000. Rats, mice, cockroaches, bed bugs, mosquitoes, spiders, stinging insects, termites, and many other pests pose a number of significant risks to health, property, and food. Our professional technicians are highly trained, licensed, and regulated. Additionally, we are required to complete continuing education courses to ensure continued competency and environmental stewardship. We are committed to providing quality pest management services to protect your family, health, property, and place of business. By combining proven science and leading-edge technologies, we strive to provide the highest value in pest management services to our clients.  …

Insured
All statements concerning insurance, licenses, and bonds are informational only, and are self-reported. Since insurance, licenses and bonds can expire and can be cancelled, homeowners should always check such information for themselves.To find more licensing information for your state, visit our Find Licensing Requirements page.
General Information
Free Estimates
Yes
Eco-Friendly Accreditations
No
Payment Options
Check, Visa
Senior Discount
10%
Emergency Service
Yes
Warranties
No

How is Empire Exterminators overall rated?

Empire Exterminators is currently rated 5 overall out of 5.

What days are Empire Exterminators open?

No, Empire Exterminators does not offer eco-friendly accreditations.

Are warranties offered by Empire Exterminators?

No, Empire Exterminators does not offer warranties.

What services does Empire Exterminators offer?

Are there any services Empire Exterminators does not offer?