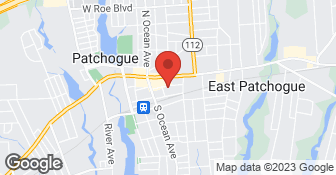 Angus Theriault & Sons – Providing Residential and Commercial Roofing Services in Westchester County and Surrounding Areas for Over 75 Years. Integrity and quality work have been prime ingredients in our success from the start. We have built a solid reputation on customer satisfaction, achieved through quality work, attention to detail and prompt service.Angus Theriault & Sons specializes in residential roofing, sheet metal fabrication, gutters, soffit, fascia, copper and aluminum work and more. We can suggest the best application for your particular needs whether it be maintenance, reinforcement, restoration or a complete new roofing system. We carefully estimate every job, quote a reasonable price and complete the work in the shortest time possible. We are licensed, insured, and certified by the manufacturers and provide superior craftsmanship and experienced professionalism. Additional Email: Info@Westchesterroofer.Com  …

10 % off for Angies list members. We have been in business for 20 yrs. Please check us out at the Better Business Bureau and consumer affairs. An educated consumer is a smart one. We are family owned & operated. Award winning. Additional DBA - Best Way Chimney Cleaning & Repairs .  …

All Exterior Home Solutions is your one call to service a wide range of home maintenance and repair needs. Our working professionals, have an average of 10+ years of field experience in the construction industry. We understand the process that goes into to the build, repair, and maintenance of a home from start to finish. At All Exterior Home Solutions LLC we are known for our honesty workmanship and professional reliability. We only take on tasks and offer services that meet or exceed our customers expectations. So you know the job will be done correctly and efficiently. Here are a few reasons why our customers recommend All Exterior Home Solutions to their friends and family. Easy scheduling with one simple call Job is done in a timely manner Wide variety of services Technicians have experience in the trades and follow safety procedures Clean up after job is completed Work and quality is guaranteed *DISCOUNTS FOR SENIORS, MILITARY, AND 1ST RESPONDERS*  …

He arrived on time, was courteous and professional. He measured and left to get the correct cap. He returned and completed the work without any problems.

We had an emergency call to Clayton Richards- we have no heat and no hot water because our old boiler in our new home is out of commission. No other company could get to us for weeks! (One of those companies recommended that we call C.R.) The fireplace is our only source of heat at the moment and because we just moved in we didn't know what shape the chimney was in. Clayton Richards came within a few HOURS of calling, did a thorough check and to our surprise the fireplace had never been used! They dropped the emergency fee down because they didn't need to sweep. Now, we are able to stay warm until the plumber and gas company come in. Thanks so very much to all of those at Clayton Richards! I highly recommend this company to all my neighbors!

Description of Work
They came in for an emergency fireplace sweep and inspection.

.Our brick chimney had been slowly pulling away from the house. Back in 2007 we had this company strap the top of the chimney to the house. This has worked out well. Three years later, during a routine oil burner service by our oil company, the service person noticed a small gap between the inside of the chimney and the outside air. This must have occurred during the original problem and gone unnoticed during prior servicing. We called Clayton Richard with the idea that we might have to a new chimney installed. Instead, they recommended a chimney liner, which is metal tube that fits inside the chimney. They were then able to connect my oil burner securely to the chimney interior. This saved us a lot of money. I recommended this company to a friend, and he was so happy with their work that he in turn recommended it to his son.

He did a wonderful job. He stood by his work. I've used him for the last 3 years. One of the years, the chimney didn't seem to draft right and he came back immediately and reworked it. He was very clean and efficient. He was a little pricey but worth it! He makes sure it's done right.

Description of Work
He cleaned my chimney for the season coming.

Eric came here punctually and got the job done. He told us that a chimney liner would be needed in the future, but we know this is to be expected since the house is 52 years old. We will definitely continue to use Clayton Richards and will continue to recommend this company.

Description of Work
Eric has cleaned our chimney before, and we're very happy with his service.

Very well, we are happy with the quality of the work.

They climbed up on the roof and they took a look at the chimney. They observed that the first two or three rows of bricks at the top of the chimney had disintegrated and fallen off. There is something called the flue. It is earthenware tied up sort of a rectangular thing that comes in two or three foot sections. It's packed one on top of the other like paper rolls and it is hollow in the middle for all the smoke from the chimney to come out of. It kind of winds the inside of the chimney. It's a kind of earthenware which is a kind of a clay pot. It is like those big flower pots. That's how it looks. It turned out the first layer of that looked like it was sort of not there anymore. The first couple of feet were no good. When the guy went up there he had the clever idea of taking a picture of what it looked like and sent it from his cell phone to my cell phone, which of course came with a date and time; so he didn't have to fake that one. He said that it was what it looked like up there. He told me that what he needed to do was to put in a replacement piece of the missing flue, put 3 new rows of bricks to match what was already up there and then they put two hat on sticks like things. He told me that I would have to drive around the walk to see chimney caps. I've never seen chimney caps before; so I never knew what he was talking about. Now we have caps on our chimney and creatures can’t get in there anymore. I spent $184.66, but that might have been a second payment. I think I paid more than that but I don't remember. He was very pro-active and creative in terms of finding out what needed to be done. He made sure that he got it done, and according to my thinking it was a capital improvement because he put in stuff in my house that will be there forever. Capital improvements carry no sales tax. He was willing to work with me on that one and not charge any sales tax. I appreciated that and he did a really good job. In fact, he put one shape of a hat like thing on there, and told me it was a temporary one, because I didn't have what I really wanted to put up there. He came back later and put up one more. There were two of them and he wanted one of the two of them to match. Initially there was a round one and a rectangular one. He didn't want to look for that. He came back another day and put two rectangular ones. He really cared how it looked when he was done.

Description of Work
There were some raccoons that got into our chimney because at the top there is something called the chimney cap. We didn't know that and we didn't have it. So it didn't keep out the raccoons. The next thing to do was to put a cap on the chimney. For this we went to Clayton-Richards Stoves & Fireplaces in the month of March.

in strong wind my chimney cap blew off. it reminded me that it had been a year since the last time the chimney was cleaned. they showed up the next day cleaned the chimney and made slight repair to the cap and reattached it. there was no additional charge for the cap.

They were nice and friendly, clean and professional, and it was the first time that I used them. They didn't leave anything back that I had to clean up. They called before they were coming, and they were on time. Their prices were comparable.

Description of Work
Clayton-Richards Stoves & Fireplaces cleaned the chimney for me.

Excellent experience. Steve was very friendly despite doing a messy and dirty job. The work was performed well.

Description of Work
I had a chimney sweep done for $70. I had the broken liner taken out of the chimney, a lot of broken ceramic pieces. They put a new liner and chimney cap.