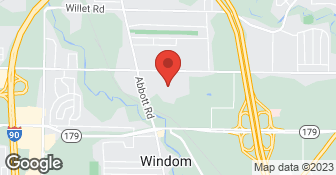 Hands On Owners With 25+ Years of Experience, Polite Staff And Crew. Affordable Pricing. Ask About 10% Angie's List Discount. Do It Right With Locktight!

We hired these guys to build a roof over our deck which should have been a simple job.  We were quoted a decent price and given a date for the work to be completed. Then.....delay after delay and excuse after excuse!!  Not to mention the rain leaking into our kitchen three times!  They insisted that they couldn't tie the existing roof into the new roof without tearing off our entire roof.  Everyti...

DESCRIPTION OF WORK
The worst customer service we've ever seen!

[member name removed]and myself and a meeting and I then told him if there were any problems to let me know. Well I never heard a word Since I left there and after some of the rains when I didn't here anymore . Well that would tell me that everything was ok. He could have called I would have came out there. I didn't tell him to call someone else. Lack of contact is the worst thing going. He also s...
5.0

The guys worked in very cold and snowy weather. The steel platforms were heavier than expected and they had to return the next day to finish the job. They traveled a significant distance to do the job in the first place. They took care not to damage to the exterior while cutting the steel connections, which was a difficult thing to do.

DESCRIPTION OF WORK
Removal of old steel fire escape from side of house.

[member name removed], It was great doing work for you and hope we can help you again in the future.. Thank you.John & Joe
1.0

Putting aside the constant delays and complete inability to adhere to any semblance of a schedule due to his side-business (snow plowing) and just too many jobs going on at once - these guys are not worth the money you save. The countertop installation was done very very poorly. I may have to have them ripped out and pay someone to put in new countertops all over again. They didn't scribe the back...

DESCRIPTION OF WORK
I hired John to install kitchen counter tops. He was to order custom acrylic counter tops, cut them, glue them, deliver them, remove old counter tops, install the new counter tops. I got what I paid for - a shoddy job that probably needs to be replaced. I'll be out the $1700 as he is too small to take to court and assuredly has cash flow problems as it is. I'm trying to have another contractor assess things and will find out next week if I can salvage the job some how. Right now, I'm guessing I'll be eating the $1700 and paying someone to do the job right.

Member kept changing his mind on what he wanted. We bought special router bits for his job and did what he wanted and then didn't like the look of the beveled edge. Once it is cut and routed you can't change it. We made him a sample piece of counter top and showed it to him first and he liked it. He wanted to change his mind after the job was done. And I didn't get paid all of the mney.
1.0

Stay away from this guy. He may change his name or address. This was to be a 2-3 week job. In gutting the walls down to the studs, they punched a large hole into a bedroom wall that is opposite the bathroom wall. The ceiling was tore down without any consideration for the previous blown-in insulation, which fell to the floor. The drywall and painting were very poorly done. Drywall was cracked in p...

DESCRIPTION OF WORK
Job was never completed by John after 4.5 months of constant delays. We paid over half of the agreed amount as a downpayment to have our bathroom completely remodeled. The room was gutted to the studs. New drywall, tub, toilet, and floor were installed, and the ceiling and walls were painted. They started to install the tub surround. The job was never finished by John.

Had a lot of problems trying to work there, they would never keep the house open for us in a timly manner to work there.