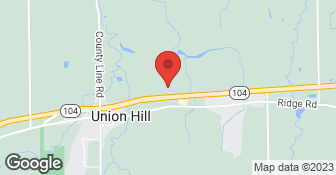 Sustainable Energy Developments, Inc. (SED) offers nearly 15 years of distributed renewable energy generation experience highlighted by over 100 operational solar and wind projects throughout the Northeastern United States, including nearly 20MW of installed solar and wind capacity. As a member of the Amicus Solar Cooperative, we are able to provide the highest quality PV equipment at the most competitive pricing....

Description of Work
Everyone was very helpful and considerate of my needs. The work was done when they said it would be done. The work is of high quality.

Description of Work
Install is pending but all my interactions with them thus far have been excellent. My cost of service is higher than probably most others because I chose a higher grade of panel (LG) instead of the standard grade (Kyocera) which cost more.

I first contacted SED in the fall of 2013. They visited and gave me a very complete and detailed proposal for installing solar panels. (My previous attempt with another vendor had resulted in a rather sketchy proposal.) SED mentioned that if I planned to reroof my house (which had an older roof) before installing the panels, they would encourage that and would coordinate with the roofer. Once SED had completed the engineering and obtained the approval for the NYSERDA solar subsidy (which saved me around $4500 on the system), it took me a while to arrange the roofing during a break in the winter weather, but SED then sent a crew to install the "feet" of the solar panel racks while the roofing crew worked so that the new shingles could be installed around these "feet". After the roofing was finished, the SED crew returned to install the solar panels and inverter. SED was very conscientious in the details of the installation, and even returned a few days later to replace a length of wire that they realized after installation was slightly undersized (I'd never have known) for the inverter, which was a new model they hadn't previously used. They also handled all of the necessary approvals (NYSERDA, structural engineering, electrical inspection, town permit & inspection). SED also does larger installations of solar and wind power for commercial and non-profit organizations, and their professionalism is evident. The only mild concern I had was that they'd occasionally call on fairly short notice (the day before) to ask if the crew could work in our house on a particular day, but I know that was because they were a relatively small company trying to juggle the schedules of several different jobs. Due to my roof structure, the panels were installed in two groups (9 and 8 panels) on two roof surfaces facing slightly different directions (one more SE and the other more SW). SED installed an inverter that tracks the output of these two sets separately and maximizes production. Once the system was turned on it operates without any attention from me, and I've been pleased to generate over 25 kWh per day on some sunny April days (though much less when it's heavily overcast). If you're considering solar, I'd encourage you to go ahead now while solar panel prices are lower than previously, and would definitely suggest that you get a proposal from SED.

Description of Work
Designed and installed a 4.2 kW (AC) residential solar electric system (grid-connected; no batteries) with 17 rooftop panels (on two different roof surfaces) and an inverter tied in to the house's main electrical panel.