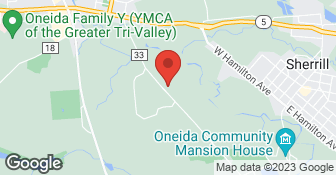 Full Service General Contractor able to assist you with all of your Residential and Commercial construction needs including design/build and Construction Management. We employ 25 people...

Description of Work
Removed the existing mud room and built a |a new one. |

Description of Work
I am very happy with the work and will hire M.E.I.D. again.

Description of Work
M.E.I.D. Performed a tear off and re-roof on my large 100 year old home. They were very professional and worked very clean. They were the kind of people you don't mind having around for a couple weeks. The roof looks great and is just what I expected. They cost a bit more than competitors but make up for it in quality and assurance. They wear harnesses when up high so I didn't have to worry about a worker being injured or killed on my property. They also were pleasant to deal with. I would have gone with an A rating if not for the higher price and the fact that a secondary service I paid for (various minor exterior repairs) wasn't explained very well and I felt was a bit rushed. That last bit was half my fault for not establishing my expectations better before hand. All in all, they were very good and I will call them again as needed.

I called MEID for an estimate for some roofing work. Metal roofing on a 3000sqft,1800's house. The house needs other work so was looking for a contractor that could do additional work in the future. The estimator (I've forgotten his name) came out looked at the house and roof. I gave him detailed instructions and measurements. Explained that the whole roof would need to be done, but it would have to be done in phases for a few different reasons. The first phase would be the leaking roof over the bathroom, which was the most immediate problem. At this point I was just thrilled to actually have someone give me an estimate. Several other roofers I contacted never bothered to either show up or call me back. I don't remember off hand the exact date, but I believe they were at my house in October. After several messages and emails left, I finally got my estimate on December 26th. It was for shingles not metal roofing. It did not encompass the phased work I had detailed. In his defense I had asked if shingles would be more cost effective, but he did not even give me a price on the Metal roofing. I attempted to call him again to explain that I needed Metal roofing, the number was disconnected according to the telephone service. I tried several times just to be sure. Several months later, still trying to find a roofer, I sent an email. Sometime in May I received another copy of the estimate. A price was tacked on for the Metal roofing, but it was unclear as to what the final price would be. The original estimate was incredibly confusing as to what the price was for each phase of the project. A price was quoted with several different and quot;Optionsand quot; but what was listed as the final price did not add up. I finally gave up and started calling other roofers. I think the intention was there, but the follow through was just not adequate to get the job done.

Description of Work
Called him for an estimate on replacing metal roofing, with the mind to using the same contractor for additional construction work.

Years later, after multiple estimates and multiple contractors, the work has still not been conducted by ANY contractor.
5.0

I was very satisfied with their work. I also had them do some other construction, and I was very happy with that, too.

Description of Work
They did repairs on my roof.

They are just great and did exactly what I wanted. They did all this for my old farm house. I will use them again.

Description of Work
Last year I used Meid Construction to remodel my kitchen, install hardwood floors, remodel the bathroom, raised the ceiling, installed a window and 2 doors, patched the walls, and did interior painting.

They are very good. They are very professional. They have the ability to do computer programs where I am able to see my whole house after landscaping on the computer as if I was walking through the house. This gives me a chance to decide whether or not to go ahead with a particular idea. They provide good estimates. They have many professional tools. I would use them again in the future.

Description of Work
I used M.E.I.D Construction for remote estimates for a complete house renovation.

Been in the construction field for about 6 years here to help you with any sheds or garages you have need of.  …

How is MEID Construction overall rated?

MEID Construction is currently rated 4.5 overall out of 5.

What days are MEID Construction open?

No, MEID Construction does not offer a senior discount.

Are warranties offered by MEID Construction?

No, MEID Construction does not offer warranties.

What services does MEID Construction offer?

Are there any services MEID Construction does not offer?