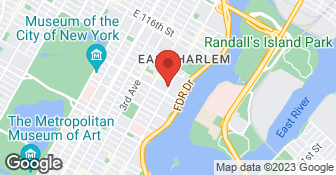 S&D Moving Co. provides household moves for city dwellers looking for an alternative to large, insanely expensive moving companies. No longer are the days of High priced, bait and switch, fine print household movers. Why pay large companies for over-sized trucks with space you don't need and prices you can't afford. S&D wants to alleviate the headaches by offering you a seamless transition from one humble abode to the next. S&D invites you to "Change The Way You Move. "...

N&M Demolition is a family owned and operated company. We pride ourselves on quality work, friendly service, and, above all, safety. We take pride in practicing SAFE demolition and rubbish removal methods and most of all we take all precautions due to this COVID-19 outbreak. Our men will protect ourselves to our best abilities using N95 MASKS AND RUBBER GLOVES. Recycling is also one of our priorities—we always take the time to make sure that all recyclable materials are taken to the proper facilities, so that no materials are wasted unnecessarily. All of our staff are highly trained and experienced. They always carry out every job in a safe, professional manner. For additional quality assurance, there is always a supervisor on site for every job. We are professionals, and every job is as important to us as the next. Whether small or large, residential, commercial, or industrial, we can help you. We always respect you, your property, and your needs. We want to make your life easier by doing all of the work for you. When you entrust us with your project, you can be assured that it will be completed thoroughly, professionally, quickly, and to your satisfaction. Contact us today to get started! We have two locations at: 992 4th Ave Brooklyn 11220 and 856 Richmond Rd. Staten Island 10304.  …

We offer quality and affordable junk removal and hauling services.  …

Very well-arrived on time, moved items quickly and efficiently but took time to carefully wrap/move items, and arrived at the new apartment quickly. Overall did a great job, very nice guys and no damage to any of my items-would absolutely hire again.

Terrible company!!! They damaged nearly everything they touched. Picture frames were dented, scratched, chip or broken because they put every picture/picture frame I had into 1 large box with no padding, wrapping or protection/padding and all frames moved around and damaged the other frames. Glass lamps now have large chips for same reason, put into large box with no protection so glass banged around and now have large chunks missing (large enough that they are highly visible and dangerous enough because they can cut a person). Worst movers ever! They broke or damaged almost everything they touched. I paid for packing up and moving and storage (for around 4 months). When I finally unpacked my belongings 4 months later; All of my picture frames were damaged, chips or big scratches in all of them because movers placed dozens of picture frames into a large box with no wrapping or padding and frames shifted around a lot and banged into each other (this lazy style of packing was VERY common with S&D). My large glass lamps have chips (bad ones were someone could slice their finger open), for the same reason my frames have chips/scratches. Seriously, nearly everything they touched they damaged. Wood Dresser/Nightstands have big chunks missing near bottom of them, wood bed was banged up. Approximately 70% of what they touched they damaged or broke. In the end, the wouldn't do anything for aside from offer me a two hundred dollars, even after they broke and kept a large fan of mine.... Guys who moved my stuff said owners knew about the fan and told me the owners would replace the fan, I asked for an email to explain this but they wouldn't give it to Me, then when I asked owners about it the owners acted as if they never heard about fan and gave me a hard time about it... I walked away with thousands of dollars in damage, and nearly everything they touched now had damage. My mattress was RUINED because it was not stored properly (it was a 1 yr old $2000 mattress that I had to replace, at my expense). Do not use S&D, as they would ruin all of your belongings!!! The price they quoted (and charged me) was fair, if they had done a good job. Because they ruined everything, I have given the "Price" and "F" grade in this review. I have used Big Apple Movers (not available this time) 6 times before this (in Manhattan) and has less damage those 6 times than S&D did in the one move. STAY AWAY FROM S&D

Description of Work
Packed up my NYC 1 bedroom apartment, moved everything into storage for 3 months and then delivered to my new home in Indiana.

These guys were better than the Post Office, our move happened on Monday Feb. 2nd, during the worst snow/ice storm of the year. It didn't stop them, and they had all had great attitudes the entire time. They communicated with me constantly letting me know they were on their way, but of course due to the road conditions were taking it slow, as was I. My move was from NY to CT and about 60 miles in extremely difficult conditions. I can't say enough about these guys. Nothing was broken, everything was wrapped and padded very well. Their truck even got stuck in the snow at our new location on a hill, and they stayed positive and just worked through the freezing temps and carted things off until enough of the weight was unloaded to move the truck closer to the door. These guys were great!!

Description of Work
Moved my apartment from New York to Connecticut.

Yonattan and Kumar are the Furniture Tetris champions of moving! Moving only a matter of blocks in Astoria, my couch is my pride and joy and was the top priority of items to come with me to my new home. S&D moved it into my first apartment 2 years ago, so obviously, I knew who to call. Yonattan and Kumar were my team for the day, braving the gross misty rain, and they began their fireman's line descent of moving boxes, garbage bags full of clothes, and shelves. I was biting my teeth over whether or not my heavy, pull out sofa bed couch would fit through the door of my new apartment. I gave Yonattan the measurements of the door and the couch, and he was mournfully shaking his head. I had two options: attempt to move (involving taking it down 2 flights, up 4 flights, and if it didn't fit, back down 4 flights, and up anther 2 to my old apartment to attempt to sell it to leave on the street as I had no where else to store it) or just leave it at my old apartment so I wouldn't waste hours, money, and effort Yonattan recognized my personal attachment to the couch and insisted that I at least try. I knew I'd never forgive myself if I didn't try, so down it went! Kumar even told me, "now I'm not just saying this, but you really have the two best guys for finagling furniture. The two of us are the most experienced in the company so if we can't make it fit, no one can." That made me feel better - but seeing is believing. (By the way, my other items were moved into the new space and they had wrapped EVERYTHING! The TV got special celebrity treatment with blankets and cardboard and all my shelving units wrapped as well even though I was only traveling 3 blocks.) Once Yonattan saw the new apartment in question, he immediately said with confidence that it would 100% absolutely fit through the hallway/door. I didn't want to get my hopes up so while they were maneuvering the couch in, I kept myself busy in the kitchen. Literally seconds later, I see that it was in and they didn't even break a sweat. Tears averted! I'm a believer! It wasn't even until the next day when I was actually unpacking that I noticed a piece of my dress form was missing. I texted Kumar, he said he would ask about the piece in their weekly meeting as he didn't see it in the truck. I then got a message a few days later that they had found it! While it took a few weeks with scheduling to return it, Kumar delivered it personally to my door. What service! I couldn't have asked for a nicer team of guys, they were like my therapists when I was preparing to have to leave my precious couch behind, and their follow up after the move is unheard of. If you want movers and not machines, don't bother looking at anyone other than S&D

Description of Work
S&D Moving was great they moved me from my apartment in Chelsea to my new place in Hamilton Heights.