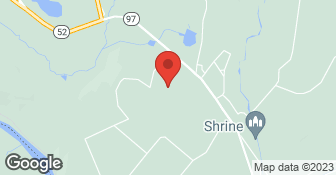 We believe that a restoration company should provide its customers with superior quality and service, while maintaining the industry's highest standards. The Hudson Valley DKI team is skilled with restoration and reconstruction of industrial, commercial, residential and multi-family properties. We are also known for our technical excellence and the ability to handle any size loss in a professional and efficient manner, with a personal touch. Hudson Valley DKI is proud to employ quality licensed and insured professionals, with the skills and proven track records to ensure satisfaction backed my exemplary work. We continually update our skills through seminars, trade programs, mandatory schooling and industry affiliations. As part of the National DKI network we have unlimited access to state-of-the-art equipment, resources and personnel allowing us to handle large losses.  …

This was sent to the owner of Roto Rooter – Narrowsburg NY and describes my experience with this company. The owner did contact me by phone to let me know that I should have cancelled and that he stands by his service and employees. Although, I commend him for supporting his staff, I still believe I was owed, at the very least an apology, for their terrible customer service . When I called them at 4:30on June 2, I asked, “at what point can we talk about rescheduling” and I was told “We don’t reschedule, we finish out our day” and when I tried to contact the driver at 7pm, by phone, and at 7:20 by text, he didn’t respond, so I am not sure how I was supposed to cancel. Mr. Lang disagreed and refused to acknowledge any wrongdoing on their part, I was responsible for this fiasco. Dear Mr. Lang, Recently I found myself in need of someone to empty the septic tank at our family vacation home at. Acting on the very high recommendation, I contacted your Roto Rooter business, and hence began one of the worst “customer service” experiences I have ever encountered. Perhaps you could shed some light on how this happened and what could have been done to avoid it. On Monday, May 29, I called your office in Narrowsburg to inquire about your septic services and the cost of a port-a-potty. I decided to go ahead with both and let the lovely woman know that I was having a 30 person graduation campout the following weekend and hoped to have the septic tank emptied beforehand. I live in Maryland and made arrangements to come up on Thursday, June 1 so that you could do the work Friday morning June 2nd. The woman that I spoke with assured me the septic tank would be emptied before noon, especially with so much advance notice. On Thursday, June 1, I called your office to inquire about payment and again confirmed that your crew would be there before noon on Friday. I went ahead and prepaid for the service with my credit card. The woman told me that I would get a phone call Friday morning between 8:30 and 10:30 with an exact arrival time. I was up at 7 and waited and waited. At 11 I called your office and was told that they had called the home number at 8:36 and no one answered – as it turned out you had a wrong home phone number on my ticket. As I had also provided my cell phone number, why wasn’t that tried? At that point I was told that the driver would be there between 1:30 and 3:30 and would call before he came. I again expressed my concern because I was having a party with people arriving from 5pm on. She assured me everything would be fine. By 4pm I still hadn’t heard anything, and quite frankly was upset, not just that no one was there, but also that not once had anyone even bothered to contact me to let me know there were delays. When I called this time, I was told that that driver was behind and someone would be there between 5-6. I informed her how bothersome that was, but she assured me it wouldn’t be a problem even if people were there. Never having owned a house that required this service I didn’t know much about the process and asked some questions including “Will it smell?” She replied, “No one has ever complained before.” I am officially complaining – emptying a septic tank smells bad, really bad, especially in the middle of a barbeque! By 6pm no one from your company was here, but about 15 of my guests were, they were hungry and so we started grilling. At 6:05 I finally got a call from your office – “The driver will be there by 7, here is his cell phone number so that you can call him if he isn’t there by then.” I called at 7 and left him a voicemail, texted him at 7:20, and he eventually arrived at 8pm, just as it was getting dark and the party was in full swing. I was upset, he felt awkward, it got really dark and it took until close to 9:30 for him to finish. This was unbelievably disruptive to what was supposed to be a celebratory event. I did talk to the driver about my angst, and although I did not hold him personally responsible, I could not help but be upset when I had gone to great lengths to schedule the emptying of the septic tank to be done early in the day. He was shocked, as he thought he was there because we were having a problem and had just called that day… obviously someone dropped the ball. Is there something else I should have done to ensure such a fiasco didn’t happen? Or is this just the typical customer service experience that your clients should expect? I look forward to hearing from you.

Description of Work
$2500.00 + tax + extras to unclog a simple sewer drain. Wants to put in new drain. I'm elderly and on a fixed income so it will just have to wait a year to two until I can save up enough money to get it fixed. I'll just have to shave and shower at the Y like I have been doing for the past year.

Our toilet started backing up late on a Sunday night. Being fairly new in town I quickly googled 'Roto Rooter' and scheduled an appointment for 8-10am the next morning. My husband stayed home from work and received a call stating that the scheduled time was a 'suggestion' but that the plumber would be there by 2pm. The plumber came to the house at 8pm while we were putting out children asleep - 12 hours later than our scheduled appointment. He told us he needed to remove the toilet for $150 in order to snake the drain. My husband did it himself, and the guy snaked the drain. He continued to each clean out until he got outside and told us our tank was too full and we didn't have a clog, we just needed our tank pumped. Tuesday morning the town pumped our tank and our lines were still backing up. Desperate for help, I called Anytime Plumbing to come help. They were prompt and found a clog in the line IMMEDIATELY. I paid them $275 and everything was working. I called Roto Rooter back to let them know that they were incorrect with their diagnosis and wanted to speak to the owner to discuss. I was told that they would give us our money back if we can prove we had to get another plumber out. I sent all of the information to Maura in the office. Our check was cashed the day I made the phone call. I received a follow up phone call from the owner, Ned the next day who told me he would do his research. He called back the next day and blamed me for calling another plumber. He told me for a nominal fee his guy would have come back out to fix the problem and he refused to give me even a portion of my money back. STAY AWAY!

Description of Work
Nothing - needed a sewer pipe clean out