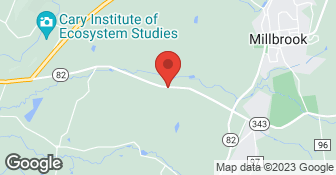 Hello, my name is Steve Harris, owner, operator and installer for Harris, roofing specialist. We are a professional Owens Corning preferred residential roofing contractor with an extensive history to roofing business. When Harris roofing was established, the plan was very simple, stay small and offer you, the customer, the best exclusive service possible on product, installation, warrantee, and above all price. The Harris roofing promise''to customers was and is to keep roof replacement simple and stress-free. Over 30 years have gone by and guess what, the original game plan has not changed much! We focus on all of which we've stated above, as well as customer relations between you and Harris roofing, a trusted roofing contractor. Some changes, you will see from us or thousands of satisfied customers and a long list of credentials, and the fact that we've earned the right to promise that we are a trusted and reputable professional roofing contractor. Remember folks, your roof protects one of your largest investments while enhancing curb appeal and resale value! That's why we feel it's important to find a right contractor for your home.Please visit us at www.SteveHarrisroofing.com for exclusive reasons why Harris roofing would be the right contractor for you. No gimmicks, must visit website. Over 35 Years Experience...

We were very pleased with the job Steve and his crew did. We are so thankful for his professionalism and care that he took addressing our specific concerns and needs. The clean up was careful and thorough. We loved the color and look of our new roof.

did not use Contractor, they never called to give an estimate

Had used Harris Roofing a few years ago to repair storm damage to roof. It was an ardous process to set up a date for the work. The actual work went well and was well done. I thought I would ask Harris Roofing to bid on a roof replacement, as I contacted a few roofers before making a final decision. I called to set up an appointment, but they never called me back with a date. Getting work done should be easy. You have money and a job. You contact a contractor who does that type of work. You agree on a price. They do the job and you pay them. That doesn't seem to be the process here.

Steve, the owner, was excellent in communicating the steps of the job, the materials that would be used, and the timeline for completion. He and his crew were very conscientious in protecting the yard and garden. The owner himself hand nailed the shingles, and the finished product looks great. The cleanup was thorough. I would highly recommend Steve and his crew to anyone looking for a new roof.

Description of Work
Removed the old roof and installed a new roof on the house and garage.

When he got there, he was very pleasant and agreeable. He went on my roof, and when he saw that I followed him on to inspect the problem, he said that he could just show me how to fix the problem as I seemed to be a DIY guy (and I am). Instead of charging me to do the job, he explained in detail how to make a repair that would last until I reroof the house (years down the road.) He saved me a ton of money, and he gave me a solution that I implemented. He seems like a super honest, dependable, nice guy. He didn't actually do any work for me, but I wouldn't hesitate to use him for a job in the future and plan to call him for an estimate when I need to reroof the house.

Description of Work
I had Steve come by to give me a quote for fixing the flashing around my chimney, causing a leak that was rotting my sill in my attic!

Everything went beyond our expectations. We are greatly satisfied.

Description of Work
Removed all old roof down to the plywood, replaced to sheets, removed attic fan, Installed new roof and new underlayment., removed all garbage from the site

It was very good. I think the price was medium, it wasn't high. Actually they were very good, I don't think I have any negative, they got the job done very quickly. The scheduling got messed up a little bit but they came on a weekend and they did the roof and it took about a day and a half, it rained on the first day, they probably would have had it done in one day but they did a very good job. They're very professional, worked very hard, cleaned up well. They were supposed to come on a Thursday or a Friday and I called and they said that they had conflict but they were really good, they came in and did the work on a weekend and there's not so many places who would do that. It's just the scheduling and they rectified that immediately by coming on the same weekend so there's no problem. It's a family owned business and really good with all the stuff we've done, I think they are probably one of the best.

PS | Roofing is a licensed general contracting business servicing the Brewster area and beyond. Since opening our doors in 2000, we have provided quality services to help with home improvement and the best in Roofing, Siding, and Window services. Our company places the utmost importance in form, function and design, as well as the balance of superior products and competitive pricing. Contact us for your next project for a free estimate.  …

We specialize in roofing. Licensed in Westchester County NY, and Putnam County NY. We will make your old house look new again. We have the experience and dedication to get the job done right! We guarantee your satisfaction, and we won't leave until the job is done right. We pride ourselves on the quality work we provide, while delivering great customer service! Call or click for your FREE estimate today!  …

Established in 2011 Exterior Pro Builders, Inc. partners Marco and Manuel started the company with one goal in mind, to become a trusted name in the Roofing and Siding industry in the Hudson Valley area. We continue to grow based on providing our clients with honest and fair priced estimates, completing the job on time and on budget. Highest priority of all exceed our clients expectations on their home. From the very first call to the office you will find someone there to answer your call, to the the first meeting, we show up on time, and provide you a quote in minutes not days. We bring it all home with a quick production date, and you will be pleased that most homes can be roofed in only one day. When you are 100% satisfied with your results, please only then will we ask for the agreed upon payment. You have nothing to loose, only a beautiful job, pleasant experience, and a iron clad warranty to gain. Call today and experience this for yourself.  …

HARRIS ROOFING SPECIALISTS is currently rated 4.6 overall out of 5.

No, HARRIS ROOFING SPECIALISTS does not offer a senior discount.

Are there any services HARRIS ROOFING SPECIALISTS does not offer?