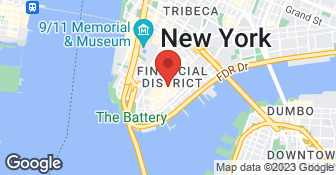 About Us: AKBD Affordable Kitchens & Bath Design, will bring you A service, Quality & Great timing on your next project. AKBD is a direct manufacture & importer of Custom Kitchens, Bathroom remodeling, Custom Moldings & other remodeling projects. From on-time performance, quality work, and making sure that our customers are more than satisfied is our main priority. We offer our customers a 1 Year Lab…or Warranty. AKBD specializes in most home remodeling projects, walks our customers through their project from the beginning to the end. AKBD will make it very simple for you and treat every project as if it was our very own. Due to the high quality of our finished product and customer service we build solid relationships with all of our customers

Description of Work
I waited this long to write a review because when I think about this renovation, I become very upset. It was a horrible experience and too many things went wrong to fully list here. I understand now why Larry (the "contractor") told us how he was talking to his lawyer about suing someone who gave him a bad review. I supposed it was an intimidation effort. I'm also not fully convinced that this company is legitimate as phone numbers and addresses didn't always seem to match up (i.e., address listed here is different than what was on our communications). FYI - I purchased this deal early in January, but due to various conflicts, we mutually agreed to postpone until September. Larry kept saying how overwhelmed he was from the Angie's List deal and about how much money he was losing on the deal, so I figured later in the year would be easier for him and give us a better chance at having his attention. My mistake. | |Some highlights: Work was supposed to start on a Monday; no one showed up and we didn't get a call until the following day when Larry told us he had a personal emergency. OK, it happens, understandable, but then no one showed up until Thursday. We were told multiple times that the work was going to take 2-3 weeks. After 7 weeks, the job was left undone and we never heard from Larry again. There was no design consultation, no guidance or recommendations on what to do or what materials to use. He gave us a couple of places we could get material from and left us to it. He explained that there was a portion of the fee that was allocated to materials (which was impossibly low) and deducted that from the list price of the certificate so we could do the shopping on our own. We felt that he could have gotten better prices, but could see he had no interest in working with us with that. It was hard enough to get a physical contract from him, so we felt it was better to handle the materials ourselves. | |The first two guys Larry sent to do our bathroom did such an awful job that even Larry agreed it was bad. After a few days of no contact, he sent two other guys he said he used to do his "high-end" jobs. They seemed to be better, but after a couple of weeks, they started saying that Larry wasn't paying them and slowed down so much that days would go by with little work done. We finally told them not to come back until we heard back from Larry, but never heard from him again. | |They were responsible to: tile the floor, sheetrock the shower walls, tile the shower, install shower drain, replace the shower handle, install the toilet, install the sink faucet, paint. |We handled: all the electrical including the baseboard heater, installation of the vanity and counter, the mirror, the ceiling vent, shower door. | |Tile work on the floor was done well, but that was about it. The shower was a disaster. Almost none of the tile is flush on the walls even thought they put up new sheetrock. The shower floor was pitched so bad that it pools to the point we have to physically shovel the water down to the drain every time we use it. The tile is already cracking in places, we had to have the sheetrock and painting redone in places, the floor trim in the closet had to be redone, the sink faucet was crooked and had to be reinstalled, among other things. Based on Larry's measurements and recommendations, we purchased the tile with extra and asked him to make sure we bought enough because it would be difficult to purchase extra later. He repeatedly assured us this was enough. Due to multiple mistakes they had to redo, they ran out of tile twice, costing us a higher premium each time. My husband showed Larry the piece we bought for the shower valve (as we were left to purchase the plumbing supplies even though we weren't sure what to get) and was assured it was correct. It wasn't and we had to scramble to get the right one at our cost. In the end, we had to hire others to complete the job and fix the problems left behind at additional costs. Larry would show up on the job to pick up the check (and even though we were paying him on time, he wasn't paying the workers) and occasionally only after several messages. In 7 weeks, we saw him about 5 times. This was probably a blessing in hindsight. These are just some of the issues that we came across. | |Forgive me for the rambling. I know I said I'd keep this short, but believe me this is just the tip of the iceberg. I also kept to situations where I have some documentation with pictures, text messages or emails (just in case he wants to sue us for the bad review). I cannot recommend the AKBD company at all and I would recommend that Angie's List cease to do business with AKBD as it is a bad reflection on Angie's. This experience has definitely put the Angie's List experience in a negative light for us.

As a locally owned and operated business we feel invested in our clients and constantly strive for customer satisfaction. Call or message us to schedule an estimate today!  …

Welcome to Buford constructionOur reputation is all important to us. For this reason our work is done by hand-picked, top quality and trustworthy technicians. This ensures full confidence that our work is done right the first time and our customers receive above average service and results. we are family owned and operated so please call Rick today for an appointment or to discuss your project.  …

No, AKBD- Affordable Kitchens & Bath Design does not offer a senior discount.