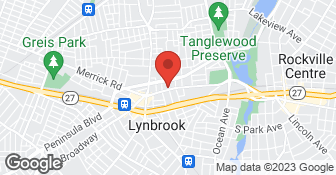 DTV is dedicated to our customers, to make sure that we deliver the best service and technology, Our offices are located in NY,NJ,CT, with the top of the line SHOWROOM in Paramus NJ. "We will secure your home/business. We will make your AUDIO/VIDEO and HOME AUTOMATION dreams come true. We will help you create your own design. We will build and maintain your technology."  …

Let me just start off here by saying that I’ve been a customer of Ultrasounds in Lynbrook for about 8 years or so and John (the owner) has always been helpful whenever I needed any wiring or car stereo work done and his expertise is second to none, however, the tint guy he uses (Angelo) is a completely different story. I decided to buy a brand new car in July of last year and eventually decided to have the windows tinted, because why not? So I took I to a different place in Lynbrook called Xtreme Audio and had it done, had nothing but problems with it right off the bat but no big deal they refunded me the entire cost of the tint with no issues and no hard feelings. Since I’ve dealt with Ultrasounds before for other work I’ve had done over the years I decided to give them a shot at it. So began my journey into ****. By this time it was February of 2017 and I explained to John that I just had a bad tint job elsewhere and I won’t settle for anything less than a dirt and bubble-free job and we agreed that I’d drop my car off to have the old film removed and new film installed. Sounds easy right? I dropped the car off, got myself a rental from enterprise down the road and head to work. A few hours later I get a phone call from the guys as its being stripped to discuss which film to use going forward and they upsell me on a ceramic film that blocks more heat and will last the life of the vehicle, etc. It sounded like a great investment and we agreed on a price albeit a little high. For those curious it was SunTek CIR. At the end of the day I go to pick my up car and immediately notice dark spots that seem to break up a few lines of my rear defroster along with what appeared to be dirt under the film on a few windows. I questioned it with the owner while I was there and he told me if it had been broken we’ll figure out what to do at a later date. It wasn’t until about 3 weeks later that I got a chance to test it out being that we had some mild weather when the car was done, and those 3 lines were not melting ice or clearing any haze from the window. After discussing this with the owner and the tinter we decided that the best course of action would be to replace the rear window… on a brand new vehicle. I had Safelite replace the glass soon after and made another appointment at Ultrasounds to have it re-tinted and one of the side windows redone as well. I kept my patience even though it was not offered to fix the other 2 windows that had an unacceptable level of dirt in large clusters under the film. So again I arrange a rental vehicle and drop my car off at Ultrasounds and head to work. Again they call me, but this time to discuss a price for this repair. Still keeping my patience I stupidly agreed to pay an additional $100 (on top of me replacing the glass!) for this guy to fix what he messed up. When I picked up the car I asked about the other windows and why they weren’t fixed, Angelo went on a prolonged rant about how dirty my car was and how much cleaning he had to do and it’s not his fault but mine that there is dirt between the film and the glass. At this point I was fuming but decided to cool off and try talking to him again about it a couple weeks later, so I did. During that visit he continued to lecture me about how dirty my brand new vehicle was and how he was in no way responsible for the crappy job he did and the only way he would fix said crappy job was taking more money from me, $125 to be exact. I attempted to be polite and make an appointment for him to fix his crap handiwork at a premium price, totaling this complete abortion of a tint job at a whopping $950 not including rentals or the rear glass replacement. Naturally I left there and started looking into other options that unfortunately would include starting over elsewhere at more cost to me. A client of mine who I happened to see that same day recommended someone and gave me the phone number for Jack at Tavarella Tinting. I explained my situation to Jack Tavarella and it turns out that he actually taught Angelo how to tint. My luck had changed, Jack wanted to help me out and redo the crapped up windows Angelo and Ultrasounds had left me with. After screaming at the owner of Ultrasounds the following morning and demanding all windows be fixed or a full refund be given, an agreement was reached where Angelo would supply the film to Jack and he redo one window.. so far. One window remains and will likely be fixed in the near future. The moral of this story is; don’t go to Ultrasounds or Angelo for any tint work at all, ever. The nightmare I dealt with lasted 5 months and I wouldn’t wish it on my worst enemy. Angelo may talk himself up a lot but if he so happens to make a mistake or have a bad day he will fight you tooth and nail so he won’t have to fix anything, all while blaming you in the process. My advice to anyone reading this is simple. Just go to Jack at Tavarella Tinting [*** Link removed ***] he’s a professional with 30 years of experience. He went out of his way to help a complete stranger out of a ******** situation. Save yourself the headache.

The labor and transmitter were paid in advance but the provider did not acquire the necessary transmitter. The only reason he gave is he "still hasn't received the part - if he did he would call me, its no big deal". This occurred over a period of 4 months..Threre were weekly calls to determine the status of the "part on order". It appears the provider has no intention of completing the job he was paid in advance to do. We brought the car to a competitor, who had the part in stock which apparantly is an off-the-shelf part, and completed the job in 20 minutes.

Description of Work
Needed a second key for a car which for legitimate reasons evolved into a need for a remote start transmitter.