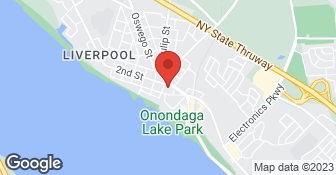 A first class appliance store that offers service to its customers. We employ 2 technicians 2 office/sales people and 2 delivery people. We are factory authorized for sales as well as service for every major domestic brand.. We offer competitive pricing on new product as well as an up-front service fee for any repair work starting at $63 for a house call in the local area....

First my appointment was scheduled for the day after I called the manufacturer. I received a call from Venesky that next day April 28, 2016 (the day they were supposed to come out) informing me they won't be coming today because they need at least 24-48 hour notice for service. I then scheduled service for the next day April 29, 2016. Bob arrived on time and went over the machine and said that the codes did come up and that he would order a new motor and main board. He said they would be in touch when the parts arrive. Two weeks later I had not heard anything so I contacted them and spoke to Bob. He said the parts were on order and should be there within the next few weeks. I let time go by giving them the benefit of the doubt that they were waiting on the parts still. I decided to call them on June 15, 2016 to check on the order since it had been over a month since I last had contact with them. The person who answered the phone could not find my file at first and then I told her it was warranty work which she proclaimed "OH" let me search in that. She then proceeds to tell me that they marked us as a "customer no-show", she did not have any more detail than that. She mentioned she would talk Bob when he was back in the office and give me a call and let me know what he said. I never got a call back so I called the afternoon of June 16, 2016 to ask if she had spoken with Bob about my issue. She said that they had lost our file somehow and they have no evidence of an order ever being placed for the washing machine and that I would have to start the whole process over again. This has to be the worst customer service I have ever encountered. Not only was the was the customer service bad and the communication horrible. The way they treated the situation was even worse. I let them know I would be filing a complaint to the manufacturer as well as leaving negative reviews because of the situation and it was met with just an "OK". There was no apology or even a minuscule try to remedy the situation. I will make sure to never use them in the future and make sure everyone I know that needs an appliance repaired to go elsewhere.

Description of Work
My washing machine was throwing error codes so I contacted the manufacturer and they sent Venesky out to troubleshoot the issue.

I will not have him back on Friday or any other day. He is exceptionally rude and unprofessional. I also think $80 is a lot of money to disconnect a board and not actually fix anything. I am hoping that the person coming tomorrow can also get the oven unlocked, which he also did when he removed the board.

Description of Work
Charged me $80 to remove a control board from my oven then told me he could not repair it. I had to find a place to send it, Illinois , to fix it as it has been discontinued. He could not actually tell me what was wrong with it. He did tell me I could buy a new oven wall unit when I told him how much they cost he rudely said "I don't know where you're shopping" I called on 12/7 to make an appointment for today, 12/9. I explained that I could be home from work after 2:40. At 1:00 today he called me and asked if anyone would be home because he could come to my house now, I told him no, I was at work and had specifically said after 2:40, every day because of my job. He told me he could not wait an hour an 40 minutes. I said I wished I had been told that, he very rudely told me I had been. He then told me he could maybe be here on Friday.

Service was excellent. The technician arrived when they said he would and was very professional. He was able to quickly diagnose the issue and make the repair. The price was extremely reasonable. I would highly recommend!

Description of Work
Repaired electric dryer that would not start

Description of Work
The provider made an appointment to come look at my dishwasher and never showed up.

The repairman was thorough and efficient, quickly replacing the part while explaining the problem clearly. He also cleaned the dryer while he was it it, and gave advice on possible future concerns for both dryer and washer. He also generously answered questions about a dryer issue for another house.

Description of Work
Called Venesky due to a squeaking noise from dryer. Repairman quickly disassembled the dryer, diagnosed the problem, explained the situation clearly, and replaced the part.

Very resonable pricing, willing to remove travel fee as compensation for the purchase. Very honest company. Did not feel pressured. A+, excellent. Were very informative about about the featuers of their product and sharing their knowledge. Followed up with reabtes as well.

Description of Work
Washer dryer purchase, after looking into the current appliances that weren't repairable.

The serviceman arrived on time, quickly diagnosed the problem and promptly made the repair. He was very knowledgeable, courteous, and extremely customer-oriented. He took the time to thoroughly explain things to us and offered his advice on how to get the maximum benefit from our appliance. I prefer doing business with local merchants, and I would not hesitate recommending Venesky.

Description of Work
Venesky serviced my Kenmore gas clothes dryer which was not heating properly.

It took a long time for the parts. I feel they could have kept me better informed of when the parts would arrive. They were a little expensive.

Description of Work
They installed a new motor and wiring harness for a dryer.

My oven had never held temperature in the two ( or 3 ) years that I've had it. GE couldn't fix it in two attempts, other repair guys didn't want to touch it. After yet another holiday of meals "not quite right" because the oven temperature was not reliable, I hit the phones, found Bob at Venesky. He advised me on which parts to request, and GE did send them for free since the problem had initially occurred when the appliance was still under warranty. Technician arrived as scheduled, did his repair and left within a half hour. Oven has been perfect ever since. Great success!

Arrived right on time, assessed problem quickly and solved it.

Description of Work
Repaired our dishwasher- disassembled, cleaned out, re-hung and balanced the whole unit in about 35 minutes. Very professional and friendly.

Insured
All statements concerning insurance, licenses, and bonds are informational only, and are self-reported. Since insurance, licenses and bonds can expire and can be cancelled, homeowners should always check such information for themselves.To find more licensing information for your state, visit our Find Licensing Requirements page.
General Information
Free Estimates
No
Eco-Friendly Accreditations
No
Payment Options
Check, Visa, MasterCard, Discover
Senior Discount
NO
Emergency Service
Yes
Warranties
Yes

Sales and service of most major makes and models of major aplainces.

VENESKY APPLIANCE SALES & SERVICE is currently rated 4.7 overall out of 5.

No, VENESKY APPLIANCE SALES & SERVICE does not offer eco-friendly accreditations.

No, VENESKY APPLIANCE SALES & SERVICE does not offer a senior discount.

VENESKY APPLIANCE SALES & SERVICE offers the following services: Sales and service of most major makes and models of major aplainces.