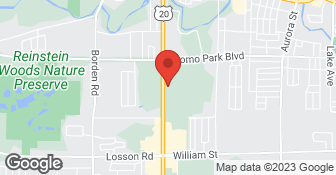 I had a large accumulation of debris in my basement that I wanted removed. When I called S&A Debris Removal, the owner came right to my house that same day, looked at what needed to be done, and gave me a written estimate. I called a couple other places, who gave me estimates over the phone that were substantially higher than S&A yet they never even saw what I wanted removed. Once I confirmed the job with S&A, a date and time was quickly scheduled for the work. They arrived precisely on time, did exactly what they were supposed to do, worked very quickly, cleaned up after themselves, and had me check out the finished product before they left. I was extremely impressed with the professionalism and quality of the service provided by S&A. I would definitely use them again if needed, and would recommend them to anyone. I've already told my sister, who is a realtor, and often needs to clean out a property before putting it on the market.

Description of Work
I live in an old house with a half basement, no sump pump, no window. Everything in the basement has (for years!) been exposed to moisture, mildew, no air circulation -- including 25 rolls of unused insulation, Christmas decorations, wood pieces, old storm doors, bicycle, left over flooring, warped pallets, empty boxes, shelving units, and other miscellaneous items, all on top of a carpet that covered the floor. S&A removed everything requested, including the wet, moisture-laden carpet, leaving a cleaned out area I couldn't have envisioned before. They suggested ways to remove moisture from basement and pointed out floor drains I didn't even know existed.

How is S & A DEBRIS REMOVAL overall rated?

S & A DEBRIS REMOVAL is currently rated 5 overall out of 5.

No, S & A DEBRIS REMOVAL does not offer eco-friendly accreditations.