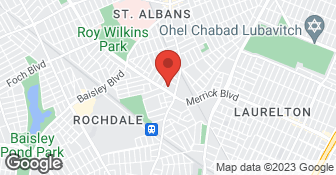 I had water damage in the ceiling & walls. The contract was to fix the loose tiles on the roof and caulk the windows. The following is from an email I sent to A Real Advantage in 2011: I am greatly disappointed at the work done by your company. The project on 6/20/2011 was to stop water infiltration into the ceiling & walls and the objective has not been met. On 6/20, the most inexperienced member of the work crew did most of the sealant work while Kenny went off with another worker to do another job for hours. The quality of the work was poor. The sealant/caulking was haphazardly slapped on everywhere and in some cases not applied as needed. On 7/15 Kenny came back to remove the exposed nails on the roof. He promised to come back to re-caulk the windows and he never did. I have been extremely upset by all this. I find having to write this email an onerous task and that's why I have been putting it off. Attached are some images to show you the "work". IMG_2082 - This is the chimney and the sealant is just slapped on & not smoothed out. IMG_2081 - There is a hole in the sealant that traps rain water and can compromise the chimney. IMG_2070 - The caulking around the window is slapped on and in fact doesn't even adhere to the window because the old caulking was not first removed. IMG_2078 - Kenny easily peeled off the caulking on one window. IMG_2076 - Typical of all the caulking that was done, holes, gaps, no prep work. IMG_2169 - New water damage to one wall since caulking was done. In conclusion, I am very dissatisfied with the work and I am very dissatisfied as well with Donald's behavior towards me. He was impolite, and yelled at me multiple times. In addition, there were delays and re-schedules. I am fed up and want my money back.

Description of Work
This company was doing the driveway for my neighbor as a subcontractor and found out that I also wanted to redo my driveway. They gave me their contact info and that's when I realized they are the same company that did a lousy job for me in 2011! Wanting to get my new business, the owner actually called me and promised to look into what happened in 2011 and to make things right. Well he did not make things right and of course I did NOT use them again. They are very low on quality! They were bad in 2011 and they were bad in 2013! We watched the work done to my neighbor's driveway and saw that they cut corners with the amount of gravel used and they made the cement slabs big because it's more work to score smaller slabs. Don't use this company! I got my driveway done by someone else and the difference is like night and day. Again, stay away from A Real Advantage. The advantage is not with the customer!

The work was contracted to Avino Roofing who subbed it to A Real Advantage. The work did not go well. They subed the brick work out To another contractor who I had to manage to get the work done that I contracted for. The roofing quality was not good. I now have leaks where there were none. They have been here twice to repair. Uncertain if the leaks are finally repaired.

I had seen A Real Advantage Inc in the yellow pages and they had a good rating from the BBB that is why I picked them. Their price was the same as another company I used in the past that had went out of business. I was not home when they did the job but I could tell they did a good job. I could no longer see branches out of the gutters. I called and left them a message and they guy came out and looked when I was not home and he called and gave me an estimate. I plan to use them again towards the fall.

Description of Work
I used A Real Advantage Inc for gutter cleaning service.

The estimate we were given was right on target with what we paid. They were cooperative, very accessible, and responsive to our calls. The work that was done was good. The foreman on the job was easy to work with. It took a little longer than expected due to the weather conditions, but the work was done well.

Description of Work
They put new siding, roofing, and gutters on the home.

Doctor Pavers is a company specialized: in Brick pavers, Blue stone walkway, Steps, Stoops, Stair case, Stucco, and all kind stone work, we also do concrete. We are a company that focus on a job a time, which will be done in a timely manner, and with extreme quality.  …

All phases of masonry, pavers, concrete, brick, block, stone work and veneer, anything masonry. Thirty years plus of experience. No job to small or to big. Fourth generation master mason, owner and operator. We take pride in what we do and provide exceptional quality.  …

How is A Real Advantage Inc overall rated?

A Real Advantage Inc is currently rated 3.3 overall out of 5.

What days are A Real Advantage Inc open?

A Real Advantage Inc is open:

What payment options does A Real Advantage Inc provide

Does A Real Advantage Inc offer a senior discount?

No, A Real Advantage Inc does not offer a senior discount.

Are warranties offered by A Real Advantage Inc?

What services does A Real Advantage Inc offer?