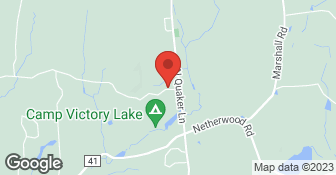 Flagstone Maintenance, Inc. is the one stop for all your home improvement or maintenance projects. Our maintenance services are to help the busy or out of town clients, rental property owners or weekenders maintain their homes inside and out. Our construction services will help you beatify your home and help you through any project you need completed. Our well qualified management team and employees guarantee your satisfaction and will produce a product of the highest quality. Leaving you as a customer anything but completely satisfied is not an option

I am the original homeowner where FLAGESTONE Maintenance did a master bathroom remodel project in January 2010. I found FLAGSTONE Maintenance, Inc using the website Service Magic. At the time, you could go to SERVICE MAGIC's website, open a FREE account and input your information along with the type of project you are requesting quotes for from a service professionals. I was matched with several service professional, including FLAGSTONE Maintenance. Soon after being matched with my service professionals, I was contacted by Jason to set-up a meeting to look at the project and to get a quote from them. I dealt with Jason and Steve who came to the house and we went into great detail about the specifics of the project. Jason advised me that he would be able to do the work and was familiar with working with remodeling bathrooms, specifically removing the old single unit shower and putting in a new floor to ceiling tile shower with side column glass blocks along with a glass door. Additionally, they stated that they would be able to remove the laminate flooring and place the floor tile and add tile halfway up the walls throughout the master bath. Jason was quick to provide a FREE estimate along with a detailed list of material needed. We both agreed that I would purchase the material and have it delivered to the house and they would complete the project using the material my wife and I chose. After considering several contractors, my wife and I opted to go with Jason and Steve from FLAGSTONE Maintenance due to some of the other reviews we read AND we trusted that SERVICE MAGIC did their homework to make sure FLAGSTONE Maintenance was a legitimate company with good reviews. Additionally, we felt that both Jason and Steve answered all our questions and concerns about the project and were willing to start right away. Jason and Steve both arrived on time each day and worked throughout the day to complete the project which took longer than anticipated. Since the project included tile work in the master bathroom located off the master bedroom, they set-up cutting the tile outside next to the garage and kept the area the clean and dust free. The entire job took approximately 4 weeks to complete and this was due to the fact that they couldn't make it to our home for three or four days due to a family emergency. The sub-contracted the plumbing work to a plumber they felt was very good and would do an excellent job. The plumber came by the house to look at the project and discuss what we wanted and the best way to get it done. The plumber spent approximately one (1) day working on the plumbing by rerouting the showers hot and cold water pipes and laying out the base of the shower. The plumber completed his work without incident and FLAGSTONE completed the job. Today is January 29, 2013 (only 3 years later) and we are having nothing but issue with water leaking from the inside of the shower to the floor in front of the shower. The water appears to being going behind the front walls and leaking down UNDER the tile, so it appears that the water in going into cracks in the grout off the tile bench they made for us inside the shower. The grout in front of the shower doors is wet to the touch and never really dries and it goes out from the shower door approximately 2 1/2 - 3 feet and all the way across. The corners by the front walls of the shower where the shower door is connected is starting to turn a color of rust. There are tiles on the sides where the glass blocks sit that are falling off and there are a lot of crack in the grout lines along the glass door, and the base of the glass door along with grout cracking between the larger tiles in the floor. There are several spots on the shower floor that pool water instead of going down the drain which just leads me to believe they did not correctly pitch the shower floor. The grout work in and around the shower door is NOT holding up and there are new crack forming along the sides and bottom. The water leak is so bad that, when we step on to a matt that is placed in front of the shower door prior to entering the shower, it is usually soaked with water. I've had several contractor come in to look at it and they are telling me that they need to remove all the tile inside and outside the shower to look for water damage to the floor underneath the tile and most likely replace it to avoid mold and mildew. Estimated cost of repairs to be $2500 NOT including additional material that need to be purchased (approx $1500 for material), total cost to redo the job will be around $4,000. I did make any attempt to contact FLAGSTONE Maintenance to fix it because I do ntot want to go through the same thing again in three years. Many of the contractors who have come to look at the work and give me an estimate for the repairs are telling me that they did not do the job correctly in regards to properly water proofing and sealing and were sloppy with grouting the base of the glass door and along the sides of the door. Overall we were initially very happy with the job, but then everything just went downhill and the problems started in and around June 2012. This experience with FLAGSTONE Maintenance started off GOOD but went so BAD only 2 1/2 years later!!

JAG Tax Management and Financial Services has 35 years in the tax industry. We settle your tax debt for the least possible amount and get you back on track with the IRS and State so that levies and garnishments don't interfere with your life. We're #1 at getting the best resolutions, whether it be back taxes, payroll, un-filed taxes, etc. You name it, we handle it when it comes to taxes of financial services. So stop stressing and call us now.  …

Flagstone Maintenance, Inc is currently rated 1 overall out of 5.

No, Flagstone Maintenance, Inc does not offer a senior discount.