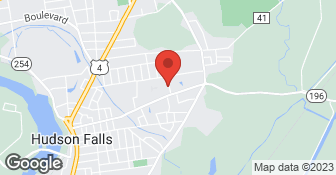 We are a full service construction company interior, exterior, and even your landscape. Fresh ideas with a touch of class. We will work with you in order to make things to your specifications with you in order for the process to be as easy as possible.

Excellent work and attention to detail. Will use Remod for any future renovations!

When everything was dried up and ready to go, they sprayed a disinfectant or mildew protectant down in the cellar to eliminate the smell and made sure that the mildew was completely gone. They were careful that I didn't stay there for a few hours so that I wouldn't breathe the fumes. (My husband was still out of town so it was just me.) Of course before they started to repair our walls and ceilings they installed new and better pipes for this old house with shut offs that we can easily get to if we ever encounter another problem. They worked extensively on the pipes. When they replaced or fixed the pipes that had burst, they turned on the water and discovered that it popped 3 or 4 other leaks in our old and worn out pipes. They had to replace all of them and rebuild 3 sides to a deteriorating wall in the cellar that was affected by the water gushing from the laundry room and could possibly cave in if it was left as it was. The old sewer cast iron pipes were in unbelievably bad condition. They needed to be fixed for sure. The guys worked way into the night to fix them. They were very kind and considerate to me as they put it all back in temporary working order all along the way so that I wouldn't be left without the plumbing or water for too long a time at once. I was so grateful for that and to get those awful deteriorating pipes fixed. They did a tremendous amount of backbreaking work in this old house. After the pipes were securely fixed and in good working order, they started in on putting my finished cellar back together. First they did the walls that needed new sheetrock and molding and a new coat of paint ( they look great) since the wallpaper that I had up there had gotten wet on the bottom. My stained ceilings were painted and leveled off too. Look great! Also the rug was destroyed so we decided to put down a durable tile on the floor. I am so pleased with how it looks. They did it all very quickly and were done with the tile within 2 or 3 days. After it was all completely done, they also painted my stairs that were a mess by the time all of that up and down wear and tear on it was over. They also managed to get a small second bathroom back in working order. It hadn't worked right for years and I never thought it would ever work again, but they did it. They also hauled out a major amount of things that we needed to get rid of and brought it to the dump for us. Lots of work with just that. It all looks great and I am very pleased with the work that they did. They are very prompt and were here when they said they were going to be here, they were very helpful to me and did some extra things that they didn't really have to do, they made sure that they did exactly what we wanted and gave us their advice as to what they thought would be best when we had no clue. They are very kind and courteous and very trustworthy. That right there means a lot to me. My furnace went off 2 or 3 times while they were working on everything and they were able to get it back on until our furnace repairman got there to replace some parts that got wet. They still have to come back and rebuild my laundry room but since it was covered in ice from a very difficult winter, they couldn't get started on it until the temperatures rise a bit. They need to replace the door that got warped but it is jammed up with ice right now. I am confident that they will do as nice a job as they did downstairs. I probably forgot some of the things that they did but I think I covered the major things that were done. Great guys, great work, great service. Thank you Remod.

Description of Work
We had water damage from a burst pipe out in our laundry room. We were out of town at the time and the deep freeze temperatures were too much for our old piping. It destroyed that room and ran down into our basement and that also suffered considerable damage. They came to my house as soon as they were called and did what needed to be done. They started the fans and the humidifier to get the drying process started. They immediately got the soaked rug up and all of my furniture and items that were starting to mildew. They worked really fast and really hard all day (and for several days after that) until it was completely dried up and emptied out.

Ken is a member of the International Window Cleaning Assiciotion & Pressure Washers of North America.  …

How is Remod LLC overall rated?

Remod LLC is currently rated 5 overall out of 5.

What days are Remod LLC open?

No, Remod LLC does not offer eco-friendly accreditations.

No, Remod LLC does not offer a senior discount.

Are warranties offered by Remod LLC?

No, Remod LLC does not offer warranties.

What services does Remod LLC offer?

Are there any services Remod LLC does not offer?