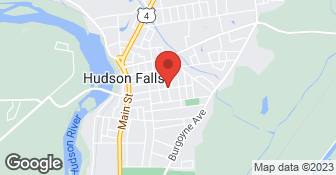 3 years in business all employees have 10 years plus experience right now we have 5-7 employees we will and can offer sub- contracting as far as billing we accept all major credit cards, checks,etc...

If the stone work around your home is damaged or worn-out, you could be on your way to a major repair. Some of easiest small problems to fix, leaks, cracks, and small separations, can lead to severe damage and an empty wallet. The team at Bill Miles Custom Masonry & Repair can help you diagnose and repair these problems while they're small, saving you a lot of money! All types of masonry structures built and maintained We work with every type of masonry construction. Whether you need help with your chimney, or are interested in a new stone walkway, you can count on our skilled team of masons to get the job done. We don't believe in quick fixes, and want to make sure that the work we do will be standing for generations to come.  …

We are a family owned and operated trucking and excavation company. The work we do ranges on a very large scale. We strive on perfection and will not leave unless you are happy. One call does it all!  …

Eco Quality Landscaping LLC is a fully insured, design and build landscape construction and maintenance company. EQL LLC was established in 2008 and has been proudly serving southern Saratoga county and surrounding communities ever since. At Eco Quality Landscaping we believe no job is complete until our clients are completely satisfied. Contact us today to schedule a consultation.  …

He is the worst and most dishonest contractor you could ever hire. When he came in to quote us the job he sounded very confident and sound he knew what he was doing. So we finally agreed on a price and a 2 weeks timeline for the job. He showed up only on the first few days, my husband and I gave him portion of the money with expectations of the job being done soon. days went by and he didn't showed up. We were calling and texting him everyday and no responses, once he would respond, was always a different excuses. On top of him not showing up anymore, we bought 27 boxes of tile for my laundry, when my husband and I weren't home, he showed up, took 5 boxes and went to the store and returned to get cash back to himself, which technically he was stealing from us. he was always calling back when he wanted money but no job done. I know my husband and I were stupid to give him the money without the job being even half way done.We hired him in the first week of January, with intentions to be done in 2 weeks. Today is March 29TH 2018 and this deadbeat contractor hasn't show up in 2 months... ignoring phone calls, text and any sort of communication that we tried to established with him. On top of stealing my materials for his own gain, everything that he has done is falling apart, tile floor is popping up for being laid down improperly with wrong material, the cabinets are all "crooked" for not being leveled right, he painted the walls the wrong color, all with promises of fixing it afterwards. I had plans to put my house in the market end of march, but as right now, my house is in pieces and this dead beat dishonest contractor hasn't showed up, so now its not only the house problem, he is affecting my ability to sell my house. PLEASE, DO YOURSELF A FAVOR AND NEVER EVER HIRE THIS GUY, His name is Jeffrey Owens Sr.