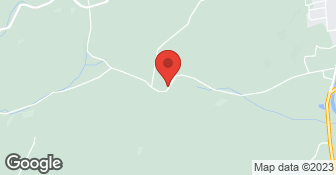 Estimate looked good, never showed up again. The day he said he would be able start came and went with no phone cal or visitl. I called them and they said they had an emergency state contract and would have to put me off for three weeks. After three weeks they never called me so I called them they told me they couldn't do my job till another time due to Corona virus and I should feel free to hire another contractor, the clue they dumped my job and never intended to do it but wouldn't tell me that. They put me off for weeks without contacting me wasting my time. I took their advice and happy with their competitor Better Construction Services who I highly recommend. If you didn't want the work you should have been honest. They don't keep commitments, and don't contact the customer. If you contact me and complain about his I will hire a lawyer, you earned this review. I work in electrical construction and I won't consider this business in the future. Good luck on your project.

Went extremely well. Excellent customer service. Came right away to diagnose the problem, fix the problem and then complete a second job! We are very happy with Chris and all members of his team. We will definitely hire this company again for future jobs and look forward to working with them again.

Eric came to the house on a Thursday morning to estimate the job. He said he'd have my estimate by Saturday, and knowing the situation I was in, could get the job done within a week. Saturday I texted him saying I was anxiously awaiting his estimate. No response. Monday morning I texted him again, no response. Monday at noon I called and he answered, but told me he was waiting on pricing for 'fittings' from a supplier, but that he'd have the estimate in a couple hours. I later realized this was untruthful. Of course, no response. On Wednesday I called his partner Chris and explained the situation and he said he'd call Eric right then and to expect Eric to call shortly. This was two weeks ago, nothing. I've since had a competitor of theirs, Field Industries LLC. estimate the job on the spot, explaining to me that if they (Eckert) had wanted the job they'd have estimated it immediately as he had, claiming that it was all basic, elementary stuff. Field Industries LLC. completed the job for a satisfactory price in 5 hours and did a great job. Summarily, Eckert Construction LLC., knowing full well I was in a jamb and needed the job done ASAP, purposely strung me along for a full week on an estimate they had no intention of giving. Why I still don't know, but the folks who had recommended them to me glowingly, leading me to wait patiently while they strung me along have been advised of their lack of business practice integrity, as well as anyone who might read this review.

Description of Work
I needed a single zone heating system converted to a two zone system.

[Member Name Removed], We apologize for the time constraints and not getting the estimate back to you in what you felt was a timely manner. We understand that you needed this done ASAP but we could not meet that timeline as we are booked out 3 to 6 weeks. It sounds like that was not passed along and we will be addressing that. This is an opportunity to learn an apply what you are bringing to the table and we will fix and grow from there. Again we apologize. Chris Eckert
5.0

Things went great! They were there in an emergy and stayed late into the night until the job was done.

Chris and his team are honest and knowledgeable. They were able to quickly a**** my property and provide cost effective solutions. Their work is high quality and they are wonderful to work with.

Chris and his workers were respectful of our house. Worked the whole day. I was very comfortable with all of them. I trusted him. Did a excellent job.

Thank you for your review. We very much enjoyed work with you as well.
5.0

I can not say enough positive things about Eckert Construction. I entrusted them with some size-able home projects, and was more than pleased with every facet of the job, from the initial consultation/estimate, all the way through the respective completions. They were professional, courteous, and reliable - I have recommended them to others, will continue to do so, and would of course hire Chris and his crew again without hesitation. I was fortunate to have found them.

Eckert Construction did a phenomenal job reroofing our 4,200 square foot barn. The old roof was sagging and leaking all over the place, now it is straight as an arrow and dry as a bone inside. Chris and his crew were here dawn to dusk to get the project completed as quickly as possible. They kept a very clean job site. I would definitely recommend Eckert Construction to anyone in the market for construction services.

It was an excellent service. They are very thorough and very clean, and provide lot of information. I felt very comfortable and they clean up after themselves.

Description of Work
They did some repairing that was done to my siding and also a few years back they did the siding of my whole house.

Went very well. Eckert Construction is my go to contractor for various projects, large and small. From door replacement to barn and house roofing and house siding. The roof on my house he installed was Ideal Wakefield Bridge metal shingles and look fantastic, 50 year warranty.

It was outstanding and excellent. They were professional, fast and under budget.

Description of Work
They repaired my roof.

Perfect! No problem or whatsoever.

Amazing! Chris and his crew did an amazing job with budget, quality, and managing the job. They are extremely organized and they do quality work. I plan on hiring them again for future houses and projects and maybe even new builds. Thank you Chris and your crew!

The jobs were performed on time and they have never had to come back for anything. They are professional yet friendly. Very comfortable with them in my house and in interacting with them. They are immaculate. Usually when they leave, the area that they are working in and the surrounding area is in better shape than when they arrived. I would highly recommend them and they are already coming back to replace some windows in my house.

Description of Work
I have hired Eckert construction for numerous jobs. From new doors to new floor for kitchen to metal roof and gutters.

We guarantee your satisfaction, and we won’t leave until the job is done right. We pride ourselves on the quality work we provide, while delivering great customer service! Check out all the services we offer below and call -or- click to schedule a free estimate today!  …

Eckert Construction LLC is currently rated 4.9 overall out of 5.

No, Eckert Construction LLC does not offer a senior discount.

No, Eckert Construction LLC does not offer warranties.

Are there any services Eckert Construction LLC does not offer?