KMA Roofing, Demolition and Haul Away 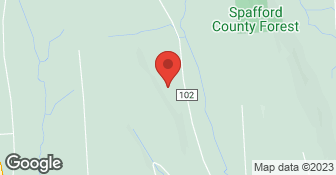 Locally-owned and owner operated small business. Owner is a 2nd generation roofer. KMA has a combined 57 years’ experience in the roofing industry. Other services include hauling, tree service, demolition, and junk yard services. Charges by the job or hour depending on the job. Rarely adds travel/trip charges....

JG Lawn & Snow provides, both commercial and residential clients, all your general lawn, landscaping, and snow removal needs . We are fully insured. We accept all major credit cards. JG Lawn & Snow strives to provide the highest quality of services to our customers. We aim to establish long term business relationships with our clients.  …

I am an owner operated business. I am the Owner, Salesman, and Worker. You DO NOT pay a sales commision when you deal with my company, unlike some others on the site. I strive to beat ALL competitors bids WITHOUT compromising quality. I will personally be on your job working right with my crew. I purchase my crew Break and Lunch so we DO NOT leave the jobsite until the evening hours, after the job is secure and cleaned up as much as possible. I assure you that you will be happy with my work,service and prices. Thanks, Ed Purcell Jr  …

Our experience with them went well. They were very good, very professional and punctual. We are waiting to get some more estimates before we decide on something.

Description of Work
KMA Roofing, Demolition and Haul Away gave us estimate for roofing work.

The owner returned my phone call the same day I left a message. We agreed on a date and time for him to stop by to look over the job. He was prompt and ready to work. His helpers were unavailable because they were out hunting (first day deer season), but that didn't stop the owner from meeting at the agreed upon time. We agreed on a price and he proceeded to clean out the barn with my assistance (I'm okay with that and would have supervised anyway). The job was completed quickly, the same day. I felt that Kevin is a worker and did certain little extra things that made me feel he understood my objectives, like sweeping the floor (he could have just taken the large stuff but he helped make the area cleaner). He also picked up loose items that had fallen out of the truck while loading or been blown by the wind into the yard. He tarped the load to prevent losing anything while driving. Kevin did not stop working until the job was finished. He didn't talk much while working which I felt was an indication he was focused on the job. He talked when he needed to and was polite. While his pickup truck is very beat up, it does the trick. I would call KMA for other similar jobs.

Description of Work
KMA also provides demolition and haul away services. I asked KMA to clean out my barn. This entailed removing old doors, windows, and years of accumulated debris.