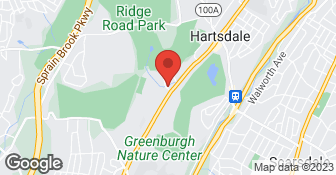 Excellent. Patricia arrived at my office the same day I requested a quote to clean and disinfect our office. On Monday her staff arrived on time and professionally performed the services I needed. Absolutely recommend Multisolutions to anyone needing her services.

Thank you so much [Member Name Removed]. We loved to clean your beautiful office. Alway ready to serve you
5.0

Great experience. They were able to accommodate a same-day appointment due to a last minute cancellation by another cleaner. Patricia texted me in her way and arrived right on time. After a quick walkthrough, she quoted me a fair price (albeit slightly higher than the original company that cancelled). They started work right away and left the house in excellent condition. Professional, courteous, good communication and most importantly impeccable workmanship. Highly recommended.

Thank you so much Henrique😀 We try to do our best😀
5.0

My wife and I are very happy with the work that Multisolutions provided in cleaning our home, Patricia and her staff were timely, professional, and the work looks great. We will definitely use their services again and I would highly recommend them to others.

Beautiful they left the place sparkling!

Thank you [Member Name Removed], we were happy serving you call us anytime😀😀
5.0

I love Patricia and her company. She is very reasonable and they are hard working and trustworthy. I have to change our scheduled cleanings some times due to family events and she is very flexible. They are absolutely thorough and you won't complain. We have 2 dogs and a young child and we come home after a cleaning to a SPOTLESS house. Do not look anywhere else! A+++++

Just wonderful!! Everything that I requested was very well done and more. I could not have done better myself (and I am quite picky). What a joy to have such a clean home. I had not mentioned dusting blinds or cleaning the window areas between the screens and outside glass, but they were done anyway; that really impressed me.

Thank you so much we are very happy working for you😀
5.0

They are really good. The woman who runs it, her name is Patricia and she has a lot of people doing the cleaning for her. She is extremely responsive and really good. She is just wonderful. I've been using her service for almost two years. When you call her, Patricia comes to your house and does a walk through to find out what you need and to see how big your house is. If you want additional work you can call her and find out like how much extra it would be. She works everything out with Lea, the woman who cleans my house. My friend also uses her and she loves her as well. She is very professional.

Description of Work
I used the housecleaning service of Multisolutions Cleaning. They come every other week. She cleans the 2 bathroom, 3 bedrooms, kitchen, stairs and washes the floor. She does not do the full cleaning like moving the furniture and vacuum the back because she would be here forever. But if I asked her to clean the oven she would do it.

Initially the person assigned to clean my house arrived on the wrong day, seemingly from a mix up at their office. However, they did accommodate me and find someone for the day I had arranged. They had underestimated the amount of time required to clean my house and I did not feel the cleaning was quite as thorough as I expected, so the manager had to redirect her employee to go back to attend to a few areas she had missed.

Description of Work
I was looking for a local housecleaning service agency, with the backup of a manager to oversee and guarantee a good standard of cleaning.

I described the problem by phone, I estimated 8 hours work, the owner suggested two people four hours each. I asked for a quick response, the owner committed to sending two people in two days. Two people arrived early, I explained the job to them. I worked with them initially as I moved some items into a room that they did not have to clean. One person started immediately, the other was constantly on his cell phone so after 20 minutes I told him I will start paying him when he starts working. He then started working. I had to leave before they finished so I left a check for the estimated amount. When I came back they had finished and taken the check. Overall they did a good job although I found a few things that were moved but not cleaned. The company provide their own tools and materials, although the employees asked me if I had cleaning materials (surprised, I said that the owner said the company provides them, they replied no problem and went back to their car to get them). It actually was not an issue for me but I can imagine that for some situations, such as moving into or out of an empty house, you might want to make that clear up front. It was an unpleasant job that I wanted doing quickly so I could use the basement again, this end was achieved quickly and professionally. I would use the company again in a similar situation and would recommend to friends.

Description of Work
Cleaned construction dust (from stone tile cutting) off everything in our basement.

Patricia surveyed my home and assessed the work before giving me a quote, and deciding which of her workers would be best for my job. Her workers are polite and friendly, arrive promptly and do all that they promise to do. I highly recommend this company.

Description of Work
They clean my house once a week and they do a good job. I have a fairly large home with 4 bedrooms and 4 bathrooms. The price does not include cleaning the oven and refrigerator. If I do have any complaints I tell Patricia and she makes certain that my needs are met.

Over 20 years experience working on homes throughout Westchester and Fairfield counties. Bellamax Inc. brings high quality work and craftsmanship at an affordable price. Work has been featured on NBC home shows. 100% guaranteed. Have never had an unhappy customer!  …

How is MULTISOLUTIONS CLEANING overall rated?

MULTISOLUTIONS CLEANING is currently rated 4.9 overall out of 5.

What days are MULTISOLUTIONS CLEANING open?

Are warranties offered by MULTISOLUTIONS CLEANING?

What services does MULTISOLUTIONS CLEANING offer?