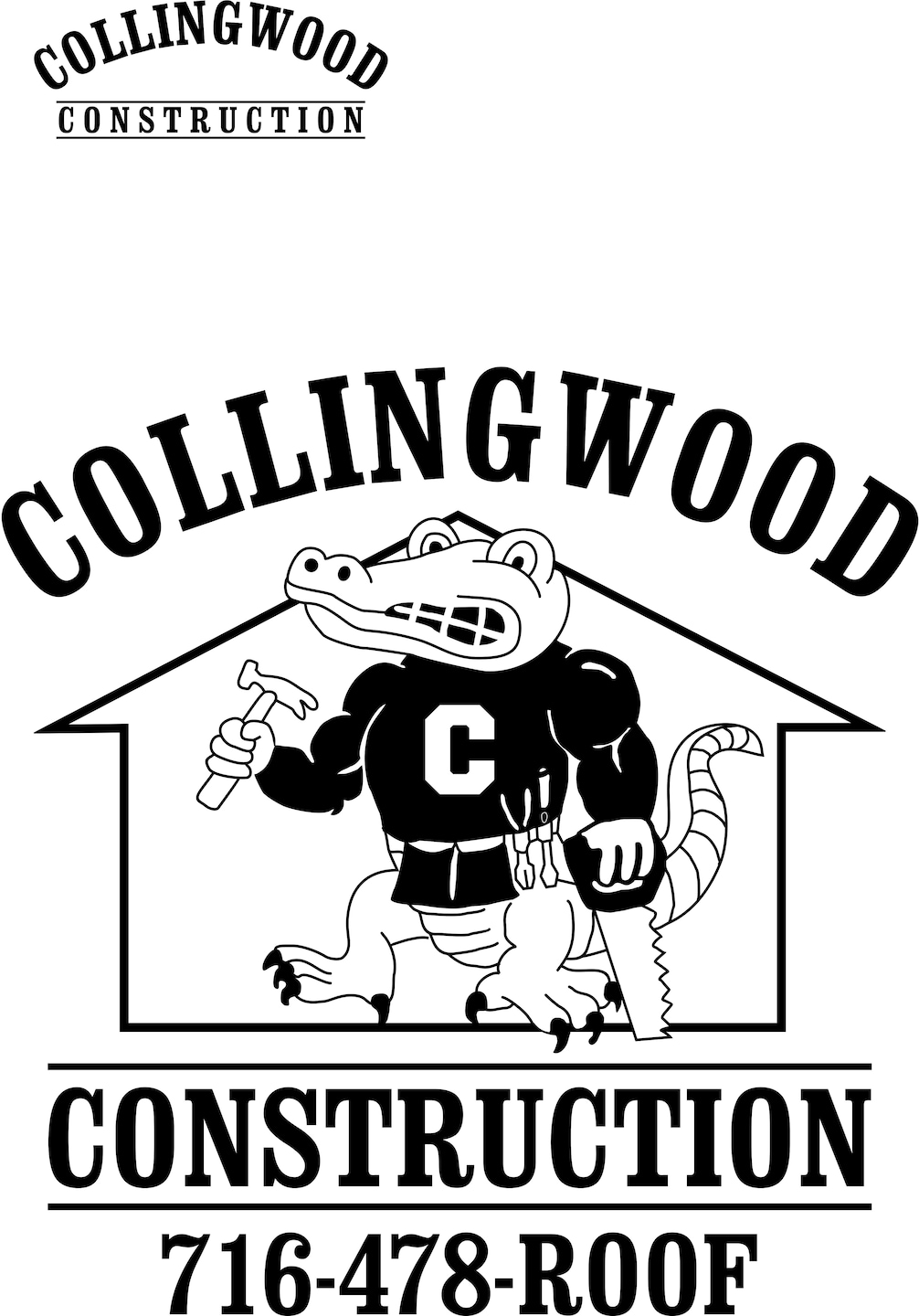 Did a bang up job on my garage. really good workers they have working for the company fast and reliable.

Everything went really smoothly. Collinwood knows how to do a roof and siding quickly, efficiently and beautifully. All of the employees were extremely professional and respectful. Larry was able to explain things very well for me to understand. His quote even came in under budget. Would highly recommend to anyone looking to have something done right.

Larry is very professional and easy to work with. Did a good job in a timely manner. Would hire again

Collingwood Construction did a fantastic job with our roof from start to finish. They did a thorough cleanup at the end as well. Larry and his crew were a professional bunch. They were wonderful to communicate and deal with.

It went very well and the worker bees were very polite and accommodating. They ripped it all out in a day and cleaned up all the mess every day they were here. I have new floors, walls, ceiling and beautiful red oak cupboards. Larry had good ideas for new lighting and adding decorative oak to complete the picture.. I have more work planned for him in Spring 2021.

The crew did a great job, cleaned up after themselves and the job was finished in a timely manner.

Description of Work
Roof needed to be replaced

Guy cam and looked. Said he'd send an estimate. Have heard nothing in the past week.

Description of Work
Pieces of Cedar siding to be replaced

Collingwood Construction strives to consistently provide prompt and professional service. One key goal is to give fair verbal quotes in a timely manner. While written quotes may take a little more time, most customers receive a response within a week’s time. We apologize, Mr. [Member Name Removed], that we did not supply your quote within the time frame that was given to you. The matter has been addressed with all employees concerned to ensure this problem does not happen in the future. You should have heard for a representative
5.0

These guys were great. They showed up just a few hours after calling for an emergency repair and took care of it quickly. They were pleasant to deal with and very helpful dealing with my insurance company. I had them replace the entire roof and have had no issues since.

We had roof damage due to a wind storm Collingwood came out and worked well with my insurance company to make sure everything that we needed was covered. They were professional and got the work done in a timely manner. I would highly recommend Collingwood!

They were very prompt in coming out, even when temperatures were colder. Work was done quickly and it looks beautiful! I was updated along the way if anything new came up and the crew did a great job cleaning up after they left each day. Very friendly and responsive which made the job stress free.

Rep was very rude when we wouldn't sign contract right away. Would not recommend dealing with this company.

Mom reached out to several roofing contractors for emergency ice dam removal while minor water incursions were happening. This was at the height of WNY'ers having ice dam troubles after record amounts of snow and many contractors weren't even answering the phone at the time. Collingwood's rep took the call and when pressed for a verbal cost range, he said "usually it's $465" to remove ice dams. Upon arrival, the tech stated it would be $465 for one small section of the rear of one of two main roof sections. And that to add a second section to be remedied would cost an additional $300 - and that offer only stood if Mom agreed then and there to the unexpected upcharge. If she elected to think about it and call Collingwood back later, the new section would cost another $465. Given the unexpected cost structure, Mom elected to only have the crew address the worst section. The two techs spent 65 minutes cutting a 40 ft trench in the ice and four drains, which alleviated the problem. Mom feels this practice is at best deceptive: providing the verbal estimate which implied the quoted cost would cover the entire roof - then on arrival revealing that it only covers one section, and that additional sections would each cost nearly as much as the first. She feels like Collingwood was preying upon the desperation of homeowners, anxious to avoid costly water damage from roof leaks, and using bait-and-switch techniques to close the deal over the phone only to change the rules upon arrival. Had they been forthcoming, she would have sought additional estimates from other contractors. Afterwards, Mom was less than surprised to see on the local news that Collingwood was being investigated for fraudulent practices and price gouging during the big November 2014 snowstorm.

Description of Work
Cleared one section of multi-roof home of ice dams.

The contractor, foreman and their workers were all professional and went about their jobs diligently and carefully. I was told up front about possible additions that might be required (replacement of plywood sections, etc.) so there were no real surprises. The finished work looks fantastic and we are getting many complimewnts from our neighbors.

Not well. It took 3 deliveries to get the correct type of vinyl to match existing siding. They partially installed the wrong type of vinyl after the first delivery. The whole job was drawn out over 3 weeks due to material screw-ups.

Description of Work
Replaced vinyl siding on one side of house that was torn off in wind storm.

They were good; they provided a good estimate.

Description of Work
They did an estimate for the roof.

Worker's were on time and really worked hard. Initial cost was very reasonable but as work progressed, additional materials and of course time, were needed.Overall they were excellent in promptness, friendly, and area was cleaned each night of the 4 day project.

Description of Work
Almost a total new roof with new plywood, repair of outside wall near chimney.

Description of Work
Contract was to install 11 helical piers to shore up and raise the sinking foundation on the left side of my home in Amherst. We negotiated a terrific price, so I signed a contract. What followed was appalling efforts by the company owner to upsell this job based on outright deception in the attempt to make "something" on this project "because we are giving this to you for free" (not true either). What followed was an extremely contentious process where I had to threaten lawyers, and reports to OSHA, to get them to do what they said was a three day job completed in 2 and a half months. I had to bring in another contractor (Frank's Basements) to inspect Collingwoods work, and to complete the rest of the necessary work to finish this Basement repair. Please feel free to look at the review I wrote about Frank's Basement's work and posted on this same day.

Description of Work
I used Collingwood Construction three years ago for roofing.

Their prices were a little high. That's why I did not go to them. They were a couple of thousand higher than the other places. I though they want to talk me on somethings that I did not really like. But basically, they were okay about this. It was just the salesman that came over. He is the usual salesman type. Their prices are a little high. That's why I decided not to with them.

Description of Work
I got an estimate from Collingwood Construction for a new roof.

We did have some problems with leaking from rain on an inside wall. They had to come out a couple times to get it fixed, but they saw it through and we are most pleased with everything. Our cellar, which was always damp and musky is now dry and the sump pump works perfectly. I would consider them again and would recommend them.

Description of Work
We had Collingwood do our roof and install Certainteed siding. The roof was complete tear-off for both the house and detached garage. The siding involved a tear-off of the old cedar siding and installation of foam board for insulation and a superior vinyl product that replaced the original material. They also put in a sump pump as well as a trench in the perimeter of our cellar.

.The job was delayed at times due to weather conditions. The final clean-up outside could have been a little better but was adequate. I was surprised the crew did not have ladders. They used one of mine.

Description of Work
They removed an old Bilco Door and some deteriorated foundation. Rebuilt the foundation and installed a new door.

They've been excellent! They're prompt to respond to our calls and requests. They've also done excellent work!