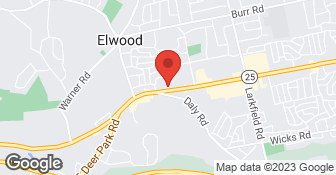 In April of 2019 I decided to replace the carpet going up my stairs into my upstairs hallway. I was going to use Home Depot as I have a few times in the past, but I thought maybe I would get better service from a smaller business and I wanted to support a local business so I went to Marina. Big mistake! Initially the service was good and the price was reasonable, but then came the installation. The installer showed up and immediately started complaining that he wasn’t told that this was a stair job, he was getting old and didn’t feel like doing it. He called Mike, the owner of Marina an a-hole for not telling him. He asked me if I wanted the insides of my closets done and said if I did I needed to clean them out because “I’m not your *****”. I should have thrown him out and called Marina but I took a day off work to get this done and I needed it completed. He ended up calling some other people to help. In the end, they did an OK job. But there are gaps in the padding that are obvious and you can clearly see where they slit the carpet to go around the railing. This was not visible at all with my old carpet. I went to Marina to talk to the owner about my dissatisfaction. He apologized for the installer and said he would come down and take a look. After failing to show once he did show up. He said he would be able to make it better but it may not be 100% perfect. I told him to see what he could do. He asked me to allow a few weeks for the carpet to come in. Long story short, I never heard back. I called to follow up and spoke to his sister. She also told me to give it a few more weeks. Then the COVID shutdown came. When things opened up I called Mike to see what was going on. I left three messages and he has not called back. I guess I am stuck with the carpet being as it is. I will never use Marina again and I urge everyone else not to. Home Depot would have addressed my concerns and made it right. I never had problems with their carpet installation in the past. So much for helping a neighborhood business.

carpet guys were great, installation went without a problem. wood was awful. the compressor died and he couldn't lay down the floor. returned days later and discovered there wasn't enough flooring. couldn't come back due to a 'death in the family' and finally finished. Marina was totally unsympathetic

Installation took over the course of 6 weeks due to quarter molding not being ordered and installed the first time around. Many calls and emails went unreturned and store was extremely unprofessional throughout the entire process. Installers only work 5 hour days so plan accordingly.

*ASK ABOUT OUR 0% APR FOR 18 MONTHS FINANCING* We offer commercial as well as residential services. We are experts installing vinyl, laminate, and hardwood flooring. We have expertise in installing tiles in your room, bathroom and or kitchens as well as hardwood refinishing with water or oil-based stain.  …

We Install Everything we sell. Every Installation Covered by our Full Service Warranty On Site Custom Rug Manufacturing and Binding

How is Marina Carpet overall rated?

Marina Carpet is currently rated 2.5 overall out of 5.

What days are Marina Carpet open?

No, Marina Carpet does not offer a senior discount.

Are warranties offered by Marina Carpet?

No, Marina Carpet does not offer warranties.

What services does Marina Carpet offer?

Marina Carpet offers the following services: We Install Everything we sell. Every Installation Covered by our Full Service Warranty On Site Custom Rug Manufacturing and Binding

Are there any services Marina Carpet does not offer?