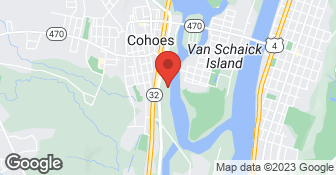 The Window Depot USA network is building one of the finest home improvement companies from the ground up. We are dedicated to giving homeowners direct access to premium quality vinyl replacement windows, and adding structure to an industry that has fragmented along with the economy over the last several years. Our brand power turns into savings power for our customers, so we can offer the best quality replacement windows on the market for the lowest prices possible. Locally owned & operated....

Family owned and operated. Award winning. Over 75 full time employees. With 100 years of experience and thousands of successful construction projects in our portfolio, Bennett is proud to have earned a 99% satisfaction rate among our customers.  …

Established in 1992, We are a family owned and operated business who employs our own team of installers. We take pride in our workmanship and customer service and therefore it reflects in our average 55% repeat and referral business.  …

Dow Contracting LLC has been bringing good things back to life through out the greater capital region for over 20 years. We have brought better quality and happy customers to the greater capital district and surrounding areas with professional roofing services for over 20 years! We specialize in asphalt architect shingle, slate, metal, standing seam steal, and historical copper services. Trust us and give us a call for a free estimate on your next project.  …

The contractor showed up when he stated with one other person. They were installing 10 windows in a downstairs apartment.I stopped by periodically to see what the progress was. The owner was one of the installers and he was in a rush and very short when talking to him. At one point i noticed that one of the outside boards on the kitchen window was rotted out. I asked the owner about it and he said he would just cover it with flashing and it would be fine. i removed the rotted board and was going to put in a new board. the owner said he would do it and did. i did ask him about the conditionof the frames of the windows and he said that they were fine to put the replacements in. On July 10th we had a big rain storm and i noticed the kitchen windows were leaking fron the top. I called the owner , Gary grimaldi and he agreed to meet me at the apt on July 11th . He met me at 4:30pm. i told him the issue and he insisted there was nothing wrong with the windows. I told him that the old windows didn't leak and that he installed these windows in the frames (that he said were fine) and i wanted to know why they were leaking. He was very beligerent and loud insisting the windows were fine, (which I agree the windows are fine, the installation wasn't). he continued to yell . i asked him to leave my property and he continue to scream and he also called me names (real mature) . he also stated he would assault me except he didn't want to get arrested or sued by me. I was really taken aback by his attitude and the violent way he reacted. A terrible businessman and even a worse person. I would never recommend his business and i warn others not to do business with him.

Description of Work
put in replace windows and flashing and removed all old windows.

They are all good quality windows but as the years go by they make better quality windows. We are satisfied with the way they put the windows in in a timely manner; we are also satisfied with their follow up services they provided us and their products. There was one time where the first set of windows was too heavy. We had to call the owner to fix it. When he was fixing it, he broke the window. They owner admitted to breaking the window and he took care of pretty well; we got a higher quality window at no charge.

Description of Work
We’ve asked them to perform services for us over a period of time. We’ve had 7 windows done altogether. We wouldn’t have done that if we weren’t satisfied with their service or their products.

Overall, the company was very professional. They gave us a great deal and the windows look beautiful. My only complaint is that the installers showed up almost 2 hours after the window of time they had given us. When I called to find out if they were still coming the receptionist was rude. She then proceeded to give me the installers cell number and made me call him to find out where he was instead of doing it herself. I thought she was unprofessional. However, the installer was a very nice guy and he worked fast. Everyone else we came into contact with at Windows Depot was great. I would definitely recommend them to our friends and relatives.

Description of Work
We used this company to replace the windows in our home.

We saw the company advertised on tv - at first, the owner came by and we were hesitant as we had three other contractors look at our windows - all told us that we could not use replacement windows because of the way the house was built - all told us we need to take off siding, use new construction windows, and replace siding - very expensive to do as we have 11 upstairs windows to replace.. Window Depot told us they could do it with replacement windows and gave us a good price. We were a bit nervous about it and decided to hold off - after a few months, went back to them and explained our hesitation. Gary (owner) had his installer, John, (who later told me he is also an owner) come out again with him and they looked at the windows again - were 100% sure it can be done so, after asking several times, we agreed - BIG MISTAKE! While they were polite and did show up as scheduled, the windows did not seem to fit properly. I questioned this of the installer and his son (helping him) and was told that all windows fit this way as they cannot be 100% sized to the space. Okay..I agreed with that but I questioned why there were large gaps that were being covered over with wood - again, told that is how it is done and it would be caulked inside and out. The wood they provided was the wrong size so the installer went to Home Depot and got new wood - he installed the wood stops and agreed to come back and caulk the inside once my husband had stained the pieces. Understand, that the wrong wood had already been delivered and my husband had already stained once. Okay, mistakes happen so we agreed. They came back, as scheduled, and caulked a week later. Once the cold weather came in, we noticed that there was so much cold air coming in. I called, left message, no answer. Called two more times, no response. Finally, called the installer directly on his cell phone and he gave me a song and dance about the owner, Gary, (who he never speaks nicely of). He told me that the spaces around the windows were not insulated because 'it was not on the work order." - I explained that I had questioned it and was told "this is how it's done" - Insulation was never discussed or offered. I also noticed that the tops of the windows were falling down when bottoms opened. The installer agreed to come back and repair those but not without another song and dance and how he does not work for free. Not my problem. In the end, he never showed up to repair this problem and has not returned the phone calls that I've made. Funny that they show up and call back BEFORE they are paid..once paid, has not returned any calls and only speaks to me when I get the installer on his cell phone (which I was told to do by receptionist). My husband had to take apart every piece of trim, insulate around every window, re-attach all the trim, and recaulk every window - when we took off the trim, we saw the very large gaps between the frames and the windows, only sealed by a thin strip of caulk - In 10 degree weather, no good. In addition, today, as he was caulking the 9th window, he saw insulation leaking out to the outside - realized that window was never even caulked on the outside! SO ANGRY at this point but learned my lesson. The side and back of our house is up three stories as we are on a hill so no way for us to caulk the outside. Lesson is...If three trusted contractors tell you the same thing, do not trust the 4th guy who says "we can do it" - They charge a decent price - however, was more work and money and stress for us to fix and we feel the work was not done correctly so not worth it. The windows themselves are nice to look at but are not warm and do not insulate sound as advertised. We are very very unhappy and will not recommend this company. Very unprofessional in repairing our issues and they all speak negatively about one another which is also unprofessional.

Description of Work
We replaced 15 old style windows with their Triple Pane Windows. With the new windows you cannot hear outside noises and sounds. We met them at a Home Show in Malta, NY. Eventually they met at our home for a sales talk. They always were very low key, the product sold itself. There was no pressure at all to purchase windows, upgrades or any other extras that may have been available. The installer was a perfect gentlemen. He placaed a painters tarp on the floor to put the old window parts, all windows and parts were taken away by the installer. We simply love the windows and will highly reccommend Window Depot to anyone that we know that may be interested in upgrading their home windows. While researching a source for our new windows, we found horror story upon horror story about companies, salesmen and installers. We certainly struck gold with WINDOW DEPOT!!!!!!!!!!!!

Description of Work
They installed 2 windows in the past.

It was quite some years ago so I don't remember a lot about the service however we have been pleased with the work.

Description of Work
They put in basement windows for us.

They did the work quickly and they were also quick from the beginning from the service to calling them and them sending some out.

Description of Work
They replaced windows.

The wait for their manufacturer to ship the windows was two weeks longer than I would have preferred = but the entire job, from order to completion was 1 month. Acceptable - as it included making the windows and shipping them to the installers as well.

Description of Work
purchased from them and had them install window replacements on a condo unit. Cleaned up after themselves and were prompt and professional,

Description of Work
they did a great job. Very clean.