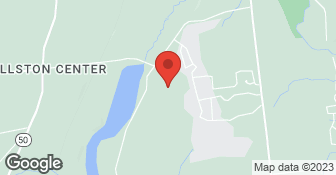 We have the permanent solution to mold. We provide free estimates in the Capital region and offer a 20 year warranty. We are Certified Mold Remediators and fully insured....

At Nu-Life Resources it is our job to provide for your health and safety against dangerous and toxic mold. We will utilize the latest in technology utilizing thermal imaging, moisture, meters, and detailed laboratory analysis to identify & eliminate water and mold. We will contain the contaminated area using advanced negative pressure containment systems. Most importantly, we will remove the water source and mold so it will never return. It is our objective at Nu-Life Resources in partnership with New York State, Center for Disease Control Center, and the Environmental Protection Agency to provide our customers a healthier and cleaner indoor environment.  …

Ready 2 Go Mold Restoration is a locally owned and operated mold remediation company located in Rensselaer NY that performs mold remediation and mold removal. We strive to create a healthier, safer, and entirely better way of living for all of our customers.  …

With over 12 years of professional NYS Licensed Mold remediation, Asbestos & Lead Paint abatement Company. We are here to address whatever your needs may be. We also perform a multitude of handy man & property management services. www.cleanenvironmental.solutions  …

Eric Katz of Advantage Service Group Associates was very professional! For years I knew I had a mold problem in my attic, because my attic space is pretty much sealed from the rest of the house I was not concerned for my health, however the mold was spreading fast across the wood sheathing in the attic and I was afraid it was only a matter of time until the mold rotted away the sheathing ruining the 5 year old roof I put on a few years ago. I called 3 different mold remediation companies that I found using a google search in my area. No one returned any of my calls or emails except Eric Katz of ASG. He was out to my house in a few days to look at my attic, tell me what was wrong, and how he could help. He emailed me a quote the same day he was at my home. Given that I had not heard back from any other company, I had little choice but to use ASG. I was SOOO nervous because mold remediation companies can be such scam artists. They prey on the uninformed customer that thinks all mold is toxic and that their family will die if they don't hire them. While Eric was extremely nice and personable, I was still nervous.... How silly I was! Eric showed up a week later with one other gentlemen and spent that day dealing with the mold issue. I liked how the owner of the company was here working instead of two employees I had never met before. Eric worked in the attic all day, and the other employee pretty much spent the day on the roof installing the new ridge cap vent. Eric was also kind enough the finish hooking up a new bathroom fan I had purchased!!! I was rushing to install a new bathroom fan myself for the master bath as the old one stopped working. I new Eric was going to be changing how the bathrooms fans were vented, and I felt it was important to get the new one installed before he started work. I spent 2 hours the night before Eric and his crew came trying to get this bathroom fan installed. I cut a larger hole in my ceiling, crawled into my attic to get it mounted to the joist, but I could not stand to be in the attic any longer to hook up the electrical. I also did not have electrical nuts handy. After spending an hour in the attic, I stopped working on the fan after I got it mounted. I was going to finish the electrical work after Eric completed his work the following day... When I got home from work my wife told me Eric and his crew had just left. I went up to the attic and was so impressed. ALL the mold was gone, it smelled great! The protective Enviroshield was in place and Eric hooked up my bathroom fan for me, even did it according to electrical code!!! I like how ASG (Advantage Service Group) not only removed the mold, but they also fixed the issues with the house which caused the mold. He never tried to scam me into needing things like brand new insulation.. (Common mold remediation company scam) He was honest, and did a great job. Don't bother calling anyone but Eric with ASG. The other companies locally are to busy to return peoples calls and emails anyways!

Description of Work
Mold remediation in my attic. Removed all mold on wood sheathing in attic. Installed EnviroShield-MT coating to prevent future mold. Installed a new metal ridge cap vent to increase air flow and he vented my bathroom fans out of the house instead of out a soffit vent which is a intake vent into the attic.

The work we performed in the member's attic included proper vents to increase the air flow to the ridge vent. Half of these vents were removed by an insulation company that the member hired after we completed the job, and reduced the air flow in the attic and caused more problems. We still would have retreated the attic space if he contacted us. All of our work is guaranteed no matter what the issue is. We have completed over 500 attics and make sure that all of are custumers are completly satisfied even if another contractor changes are work. We understand that airflow is very important in treating an attic space if it is reduced moisture will return, always make sure your sofits vents and ridge vents are always clear and you should be able to see daylight out of them. Sincerely Eric Katz