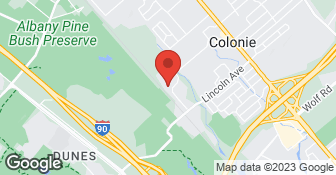 They followed up very frequently and quickly. They were accommodating about scheduling and were on time. It was good they were very nice. I have no complaints.

Description of Work
I needed to have pest control help with a mice problem in my house. They came and did a walkthrough on 08/20 and we signed a package to get rid of the mice. They sealed the entry points and I got everything I needed.

They did an excellent job. They were very knowledgeable.

Description of Work
They were great! They came out for a rodent inspection and they found a bat issue. They came out around October and we did a bat abatement.

The salesman recommended two exterior treatments to get rid of the hornets/wasps. The main nest was on top of the garage, two stories up, and we could hear them in the wall between two of our bedrooms. They scheduled us very quickly and we haven't seen any hornets/wasps inside since the first treatment about 10 days ago. The first treatment took about 30 minutes and the second, 6 days later, took about 10 minutes. The two reasons for the B rating, not A, are that the salesperson said they would warrant the work for a year, meaning until Dec 31 of the current calendar year (I asked for clarification), but the contract e-mailed to us specified 30 days. In addition, the person doing the second treatment didn't have a ladder, and was using some spray thing to shoot liquid up. It seems unlikely that the main nest actually got hit a second time, since it was on top of a two-story roof. We were also hoping they could either block the hole that was allowing insects into the house or at least tell us what work might need to be done so we could hire someone else to do that, but since the 2nd person didn't have a ladder, that didn't happen either. Also the 2nd person said he couldn't understand the notes the first one left, which seemed odd. Overall, the immediate issue was satisfactorily resolved, however.

did not have them do it,, I will remove the yellow jackets and queen when the temp drops below 32 degrees for several days.

They came too the house 4 times to complete and each time they came in time and were very friendly and professional.

Description of Work
We had the house protected from Bats and mice and signed up for quarterly inspection.

It went excellent. The workers were very quick and efficient. Customer Service was superb as well. I would highly recommend this company to anyone in need of services!

Description of Work
Yellow jackets in my attic

Meerkat pest control responded within minutes of my email. I had carpenter ants in my basement and first floor kitchen. 3 days after the treatment was performed there was not an ant to be seen! Price was affordable and the technician (Sean) was professional and very knowledgeable!

They always call ahead of time, show up and do their work and they leave. I've been satisfied.

Description of Work
They come out every quarter and do pest control for me, I've been using them for a few years now.

Description of Work
Get rid of Mice

Description of Work
Sealed up house and crawl space to provide for better insulation and to prevent rodents from entering house.