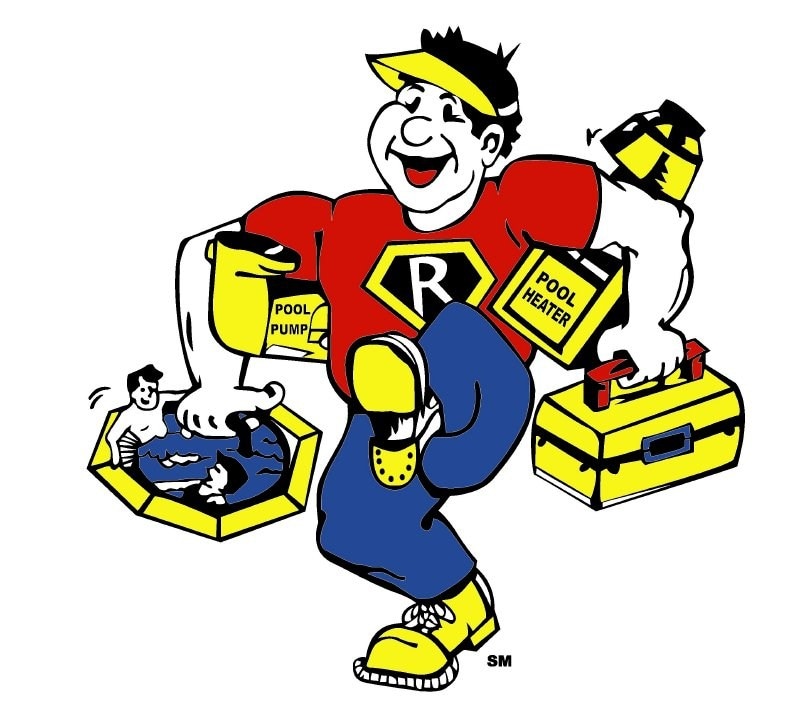 Fine - they easily diagnosed the issue.

Description of Work
Check on above ground spa leak

Went well technician was knowledgeable and easy to talk with. Quick with diagnosis and thorough with repairs.

Quickly and honestly diagnosed and fixed the problem.

Thank you for your review! Glad you are content with the services provided!
5.0

Friendly and professional. Was able to determine what was wrong and repair it quickly. Punctual. Will use this service again.

The job was done well with Roger keeping me informed throughout the process. I'm satisfied with his workmanship and will use him again in the future if needed and will certainly recommend him to others!

Great. He evaluated and provided a quote.

Description of Work
Estimate on a pool leak

After some confusion over exactly what service Roger's would be performing, we went ahead with allowing it to do so. While Roger's is very knowledgeable about pools, spas and equipment to operate them, the vast majority of the helpful information Roger gives is oral. His written report is sketchy and practically unintelligible to anyone but himself and his staff. In addition, the "advice" he gives seems more directed towards providing more work for Roger's than being either accurate or useful to the customer. On several points, his advice was simply wrong. Would not use again.

Description of Work
Roger's Pool Service was hired to perform an inspection of the pool, spa and controls in the home we were interested in buying. We wanted to find out the actual condition of the pool, the spa and the controls that operated the system. The system has a remote controller that did not seem to sync with the main control panel. Roger's was hired to diagnose the system's operations and advise on necessary repairs and their approximate cost. His oral advice was good, his reports were very poor and his advice was questionable.

We provided a complete inspection of the entire pool / spa system. The detailed written report was 4 pages long, detailing EVERY item in the system. The items that were defective or marginal were detailed and a WRITTEN quote for replacement or repair was provided. including 10 photos of the problem items. Some control equipment had failed and the client was shown the Manufacturers web site showing that the equipment was obsolete and no longer available, we recommended replacement, and provided a written quote. Note some used equipment may be available on the internet but is sold with NO warranty. We DO NOT deal with that type of operation. The customer wanted us to take some equipment apart to check further. 1. The customer was NOT the property owner, he was the buyer. We require authorization FROM THE PROPERTY OWNER before we can take things apart. 2. As was explained when the job was scheduled and again on the job site. This was a ''visual and operation" inspection with pictures and bids.. Any repair or disassembly is NOT included in an inspection. Plus the property owner was not present and for legal reasons We require authorization FROM THE PROPERTY OWNER before we can take things apart.
5.0

After some initial waiting, Roger showed up in the afternoon and got right on it. Very pleasant man and we got along just great. Price was reasonable and the work--top notch!

Description of Work
install a pool handle so I won't fall into the cement!

Roger the owner was able to come to our house within 1 hour after I had called. He quickly identified the 2 small problems. We needed to change an o-ring, and he also tightened a connecting pipe. He was honest, very knowledgeable and gave me some good advice. Our pool was back in business in about 30 minutes! The next time we need help, his company will be the first one we call. Thank you for the great service!

Description of Work
Our pool equipment kept sucking in air due to a couple of leaks.

Great Roger told us what was wrong and my husband got part and replaced it. Roger is very knowledgeable.

He cam out within 90 min, and had it fixed within 15 min of arrival. He was so nice and did not even want to charge anything, but we paid $20 just to pay for the time for him to drive out.

Description of Work
Called for problem with pool pump not starting. He cam out within 90 min, and had it fixed within 15 min of arrival. He was so nice and did not even want to charge anything, but we paid $20 just to pay for the time for him to drive out.

Roger and his staff did a great job! I had four quotes and during the quotes I spoke with the techs. Roger clearly knew more than other companies and was able to repair things another company said "just wait and it will work it self out". When the parts for my spa couldn't be found, due to age and them not being made anymore, he took the time to design and have new ones 3D printed! I'll use Roger and staff from now on!

I've used him before. Everything is excellent.He never overcharges. He always does what he's supposed to do and he gives me good information.Every time I have a repair I check to see if there is a coupon on Angie's List, and I use him for all of my pool repairs.

Description of Work
I purchased a big deal for a pool or spa call for $39.

They took off the old cool deck and installed the cool deck. Where they they repaired the cool deck I could see that the cracks, I wasn't happy with the outcome. I called him back he repainted the cool deck again and he explained that is the way it is going be. When I originally used him I thought he was good and I liked him. I thought his pricing was a little high. He was on time and showed up when he was going to. He worked fast. I had put in call and never gotten a call back regarding my concerns. To this day I can still see the cracks from where it was painted.

Excellent company. Would hire again. They could have easily taken their time and charged me more but they DIDN'T! In fact the gentleman was fast and efficient and took care of the problem in the time covered by our deal and I didn't need to pay anymore out of pocket. I will definitely use them again when I have pool services needed.

Went fine, did the job as requested,

As usual he provides excellent service

Description of Work
Had him check heater

Within 10 minutes a miracle was performed. The technician was able to find the problem and with the recommended repairs our pool is running flawless. Honest and no exaggerated repairs, almost unbelievable nowadays. Definite recommendation.

Description of Work
Pump was losing prime, pool was filthy and in floor system barely working.

Excellent! Technician was knowledgeable and accurately diagnosed and corrected the problem. He also gave great advice about future upgrades and maintenance.

Long and messy but needed to be done. Roger oversaw everything and was great to deal with. Wouldn't hesitate to hire again.

Description of Work
Had mysterious leak, needed to identify source. Then had to excavate and replace cracked plastic skimmer buried in concrete

Quick and efficient. Professional and explained everything.

So happy with the service that was performed. I found Bill the Technician to be knowledgeable, courteous, honest and efficient. I would HIGHLY recommend Roger's Repair Service for any problems you might have with your swimming pool or spa. Finally a company that we can trust!!!