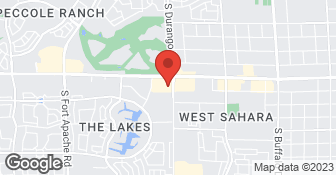 the Tech Gabriel, came on time. After checking the outlet and finding nothing wrong, he then checked the circuit breaker, finding quite a few wires loose, then tightened them. Replaced the outlet.

Description of Work
We thought it was outlet behind stove for microware oven.

worker came and found out the GFCI outlet was behind a shelving unit in the garage because the other one in the bathroom did not reset it--after one week of trying to fix the outage via circuit breaker box and GFCI outlet, I called them--took less than one hour to find the problem--visit was $125 plus $80 tech fee per hour--cost me $205, but at least I don't have to use a candle or flashlight to take a shower or put on my makeup anymore--now, I know where the GFCI outlet is

Outstanding. The tech arrived and evaluated what was needed to complete the installations. Then discussed requirements and 2 changes. OUTSTANDING PERFORMANCE!!!!

Description of Work
Lighting installation in ceiling in living room and laundry room.

I did not use this company. I chose to use Penny Electric instead. They did a great job.

After thirteen years, all of the home detectors began to beep. Replacement of batteries failed to reset. Removing batteries and turning off power to system (recommended by manufacturer) also failed to reset indicators. New detectors had different wire harnesses than old system and required total rewiring. I called Desert Home Electric, and the company rep gave me a price and offered to do the work the same day. The electrician arrived on time , checked the extant wiring system for the alarms, and completed the rewiring quickly using the new detectors I had purchased. There have been no problems since the repair.

Description of Work
Replacement of all home smoke detectors

Great, The Circuit Breaker Switch Took Less Than 5 Minutes To Install, The Technician Was Professional & Mindful of The Property, He Took Several Measurements For The Chandelier/ Light Replacement Will Need A Scaffle Lift Bc It's Going Up in a High Foyer Cathedral Cealing Still Awaiting Cost Of Estimate & Circuit Breaker Was $175 To Replace Will Recommend This Company .

They were totally professional from beginning to end. I was given an estimate by Steve and the work was performed by Gabriel. On the day of service, Gabriel called because he ran into a problem on the earlier assignment and he wanted me to know he might be late for my 9-11 window. He still made it be 10:47, He explained exactly what he was going to be able to do and he did it! The work was perfect! I will definitely be hiring them to change out some light fixtures next month!

Description of Work
I needed an outlet in my garage for a tankless water heater,

came over for visit-never issued a quote

it went great, my electrician came, replaced the ballast,checked to make sure it was working and was done in about 20 minutes.

Description of Work
put in an electrical switch for me

Description of Work
Install outside outlets.

he told me it would be over $55 to fix, which was way to much, then proceeded to charge me $150 for showing up, which wasn't disclosed to me over the phone, if it was I would have canceled the visit. ( highway robbery)

Good Morning [Member Name Removed]- I believe you may have us mixed up with another company. We show no record of doing work at your home. Would you please double check your invoice and confirm the company name? Thank you.
5.0

Very Well, was pleased with everything, neat and professional Thank you

Perfection. Steve called with an estimate based on footage of the project from the electrcal box to where the hot tub would be situated. 3 days later his 2 man crew showed up and did a top drawer job of installing the wiring with a promise to return to complete the hard wire procedure.

We had ceiling fans added in two of our bedrooms. Electricians were friendly, and punctual. They kept the area clean. Would definitely use again for future projects!

I’m sorry you did not have a good experience with our service. From my records we did quote you the additional cost. But I would like to avoid any debate over this. This was all done verbally over the phone so nothing in writing- which means no one wins a debate over what was said one way or the other. So what I want to do is give you a 15% rebate (A check for $86.25) plus a gift certificate for another $50.00. This will be mailed to you. I hope you try us out again. Thanks- Steve
2.0

They tried to sell me the most expensive intercom system without telling me about alternatives I could get that I could get. I put that on hold and then I asked for a quote on security cameras, they tried to sell me on 7 cameras to cover the whole house, again that would be to expensive. I began to drag my feet on doing the job because I wanted to learn more about these cameras,after I cancelled a couple of meetings the owner named Steve got on the phone and gave me a hard time about these cancellations, I told them I did not want their service after that. I am a 71 year old man who lacks knowledge of electrical work and I feel they were trying to take advantage me for those reasons. Thank You Gary Bauman

I think we have several misunderstandings going on here. Let me address each one. 1) "Most expensive intercom" we offer one intercom only. We do not offer "choices" we want to install something we can stand behind. What we offer is based on years of experience and a track record of good service. 2) "Sell you on 7 cameras" We do not sell cameras- just wiring for your cameras. You told me at the time that Best Buy was working with you- so maybe the problem with the cameras was with them? But it was definitely not with us. 3) "Gave me a hard time about cancelations" Our Company deals with cancelations and rescheduling all of the time. So it is not a big issue with us. My only memory of our conversation was that you were going to meet with a camera guy again- and I said "let's not schedule another trip until you have it finalized with camera locations." 4) "Take advantage of me" [Member Name Removed] we have done other jobs for you over the years. We love working with seniors. We have a great reputation all the way around. I have been doing this job for 45 years- 22 in Las Vegas. To make the comment we are trying to "take advantage" of you is just not fair- and hard to defend. All I can do is fall back on our excellent scores year after year w/ Angie's List. To wrap this up- I am sorry that things did not work out between us. I am sending you a $50.00 gift certificate that you can save for an emergency or give away to a friend or family member. I hope you use it. Thanks- Steve.
5.0

its hard to find qualified electricians and Juan knew what he was doing. so happy to find this business.

Super good service. Prompt call and genuine care to assist me with my electrical problem. Thank you.

Came out 11/14 and went over work. Said would send bid in a week. Still not heard back

Excellent. Called first thing Monday morning and described our issue to Ryan. He said the owner (Steve) was on the phone and will call me back shortly. He called back within fifteen minutes and scheduled an electrician to be at our house between noon and 2 pm that day. Received a call from the electrician (Ociel) a little after noon saying he will be at our house in about 30 minutes. He arrived about 30 minutes later and I described the problem and the steps I had taken. Ociel fully understood the issue and proceeded to trouble shoot the entire circuit from one end of the house to the other. In about an hour, he was able to determine where the short was, made all necessary repairs and “button-up” all switches, plates and panels. Additionally, he was putting up with my questions and instructing me on what steps he was taking from beginning to end. Great service, professional electrician and a fair price.

On time. Reasonable rate. Professional. A handyman did an electrical receptacle 1-2 years ago; every time something gets plugged in, it'll trip. A couple of other problems like this. David from this company came out. Fixed them all. Yes, about an hour of work (including travel time about 2). $200 is well worth it for me. ($175 but I gave him gratuity.) Will never hire a handyman for electrical work again no matter how simple they are.

Good Comments-Thanks! Handyman service is good for a lot of repairs, but not electrical. We know because we repair a lot of problems that were the result of a handyman being in over their head. Thanks again!
5.0

First, we were thrilled that Desert Home was able to do the estimate over the phone. Carlos was extremely professional. Work was done neatly, quickly, and properly. The two areas were cleaned so well you would never know anyone was here. We are extremely pleased and will definitely be calling again.

We really appreciate the nice write up. The comment about cleaning is really at the top of our list. I know there are a lot of good electricians out there, but no one protects a customer's home / property better than Desert Home Electric. It is extremely important that customers know they can trust someone to come into their home and take care of it. Thanks-Steve

Local Owned and operated . We strive for excellence our work is our reference!  …

We work with the SNWA (southern nevada water authority) as a preferred contractor and are partnered with THD (the home depot) as a full service home installation C-10 contractor. our company is also a member of the SNLA (southern nevada landscape association). Members of the SNLA take pride in their workmanship and promotion of the green industry with each and every job using the latest water saving products & techniques available.  …

Specializing in all phases of landscaping, hardscaping, pavers, sintetyc grass, irrigations sytem and more! We guarantee your satisfaction and we won’t leave until the job is done right. We pride ourselves on the quality work we provide, while delivering great customer service! Check out our services offered and call or click to schedule a free estimate today!  …

DESERT HOME ELECTRIC INC is currently rated 4.9 overall out of 5.

No, DESERT HOME ELECTRIC INC does not offer a senior discount.

No, DESERT HOME ELECTRIC INC does not offer warranties.