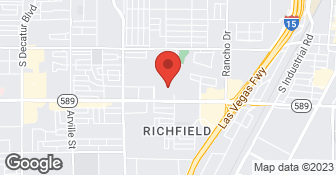 Quality of work was very good, and challenging custom work had to be accomplished. Tony, the owner and crew worked hard for several days, on - time. Some accidental breakage was replaced and repaired without question. Quality materials and pro job have survived subsequent wind and hail storms.

I loved Tony and his crew. He even came back out to make sure my AC unit was draining correctly. They were on time and cleaned up. Tony's really nice and easy to get along with. He showed me invoices for the materials he purchased for my home and answered all my questions. His work was also educational, and he took the time to explain the contracting process and things to look for. Casnio Roofing is family owned and operated. Tony has a great crew and they don't screw around. He completed the job when he said he would and did everything he said he'd do. I feel confident in the work performed and THE ROOF LOOKS AMAZING. Thanks Tony!!! I loved having you, and your daughter (who worked just as hard as the guys if not harder) back again if necessary.

Description of Work
Tear off and re-roof 1800 square foot home with new facia boards and some roof boards.

The leaks were the result of a low area of the roof that collected water forming a pool. Casino roofing built-up the low area to divert the pooling water and then patched several other areas of the roof. It did not leak for another two years and then we moved out of the building. They did the work for a reasonable price.

Description of Work
Repaired the roof of a large commercial building. The entire roof needed to be replaced but at the time we just wanted to fix the leaks.

Showed up on time, was quick, professional job, cleaned up. Will use same company if I ever need roof repair again

See my video that was taken based on my experience after the heavy rains mentioned earlier. [I have not been able to upload this video in the past; I'll try again after typing this update.] These rains happened only a week or two after his repairs and I still had leaks. See videos! I called Tony immediately as water began to leak into my house after his repairs. He took two months to finally respond to my calls and only after I threatened legal action. When he finally called, he told me he'd honor the warranty on the work he'd already done but he did not wish to provide his services to me for problems in the future. I would never have used him again, anyway. As it ultimately turned out, every single repair that Casino Roofing made to my roof had to be re-repaired; but I used another company that knew how to properly solve those problems.

Description of Work
They fixed a couple leaks in the roof. There were some improperly installed roof drains [they claimed]. They readjusted the drains. A few days after I submitted this report the first time, it rained pretty hard and I had the same roof leaks! I went up on the roof to find what you can see for yourself in the video that I've added to this report. Shoddy work.

The work was done as promised. The only thing we didn't appreciate was sending back a young man to finish up some painting and small things that needed done. He spoke no English and had no tools with him other than the spray can to paint with. We had to supply the tools and wire to finish the job.

Description of Work
A tile roof was installed on the house.

Casino Roofing did a poor job of planning what materials they needed to do our roof. On several occasions they ran out of materials and had to wait for the materials to arrive before they could finish. The finished roof doesn't look good. There are broken tiles and trim hanging off. I have tried to call them several times however they will not return my call.

Description of Work
They tore off our old roof and then installed a new tile roof on our home. I have a 3660 square foot home.

Casino Roofing used great products and provided us with good service. We have not had any problems with our new roof and we really appreciated that the crew cleaned up all of the scraps and nails. We were very satisfied with them and would recommend them to anyone.

Description of Work
They tore off the old roof and replaced it with a composite roof on our 2000 square foot home.

At Rhino Roofing, we believe there's no such thing as a "Small job", if it's re-roofing a commercial building or doing a repair on a residential roof, we do the job right the first time. We have been serving our neighbors throughout the Las Vegas, NV area since 2017 State License #0082310. We specialize in all phases of the roofing process. http://www.rhinoroofingllcnv.com  …

We have the experience and dedication to bring your dreams to reality! Encor Home and Roofing will always work in your best interest, utilizing quality materials, state-of-the-art techniques and equipment, comprehensive insurance programs and the most experienced and skilled craftsmen in the industry. We guarantee your satisfaction, and we won’t leave until the job is done right. Our team has quality experience in this industry, and we make sure our customers are happy before we leave. Call or click to schedule an estimate today!  …

Roofing Installation & Repairs. We have the experience and dedication to bring your dreams to reality! We guarantee your satisfaction, and we won’t leave until the job is done right. Call or click to schedule a free estimate today!  …

Casino Roofing Inc is currently rated 4.3 overall out of 5.

No, Casino Roofing Inc does not offer eco-friendly accreditations.