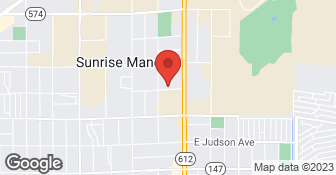 Quality Roofing Company In Las Vegas, NV Call Our Roofing Company For Repair And Installation Welcome to Ariat Roofing! Do you need roof repair or a new roof in southern Nevada? Call and talk with one of our roofing contractors today for a free quote at 702-208-4153. With over 25 years of experience in the roofing industry, Ariat Roofing has provided southern Nevada residents with safe and affordable roofs. We are proud to have so many happy clients and high ratings on home service sites like HomeAdvisor and Angie’s List. We’ve also been honored with an A+ rating at the Better Business Bureau. Check out some of our testimonials for yourself! From minor repairs to major re-roofing projects, our roofing company does it all. We specialize in residential roofing, repairing and installing asphalt shingle and tile roofs. Ariat Roofing is proud to be an Owens Corning Preferred Vendor. We also do some residential flat roofs, primarily for patios, garages, add-ons, and other such structures. If you need any of the following services, give us a call: Asphalt Shingle Roofing Flat Roofing Insurance Claims Assistance Maintenance Roof Repair Roof Replacement Storm Damage Repair Tile Roofing Waterproofing Your Number One Choice! Each roofer with Ariat Roofing is fully trained and we are fully licensed, bonded, and insured. With our many years in business, you can trust us to do an excellent job on your roof. If you want a roofing contractor who will respect you and answer your questions, look no further than Ariat Roofing. Call us today if you need a quality roofing company in Las Vegas, NV at 702-208-4153! Our expert roofers will have your home repaired in no time. Tile Roofing Asphalt Shingle Roofing Flat Membrane Roofing...

The roof replace was excellent, and when we were hit by the first rainstorm for months ( a surprise for everyone ) they went above and beyond to make sure that everything was taken care of. Extremely reliable. Would recommend for any roof or paint jobs.

Everything went as expected; Ariat did a great job. We paid a little more for Ariat but it was worth the extra money. The installer was very neat and cleaned up everything and we would hire them again if or when we need to get a roof done.

Description of Work
Replaced rolled roofing on the back porch.

Everything went great. On time and a good job

Description of Work
Reroof back of housr

Fantastic, prompt, courteous and complete to my complete satisfaction.

When I initially booked them for the inspection they were quick to come out for the inspection. They provided a detailed report of what was needed and the estimate for completion. It took them over a week to come out to make the repairs which is to be expected for all the houses in the Vegas Valley needing inspection/repairs. They maintained a safe distance and were very professional in completing the repairs.

We chose Ariat Roofing to reroof our home and it was a great experience from initial estimate to final review. The workers showed up on time and were ready to work as soon as they pulled up to the house. The crew were incredibly focused, professional, respectful, and unbelievably hard working. The four guys on our roof sounded like twelve because they worked so hard and in such an unrelenting manner. They would pull up in their truck, quietly set out a few items, and then, almost instantaneously, a crescendo of work would begin seemingly all at once. They worked hard and consistently throughout the entire day. Other roofers said it would take 5 days or possibly more. Ariat said 3 days and finished exactly on schedule. They also educated me on the goal of getting the water off the roof and onto the ground, without touching the house, as quickly as possible. They put some kind of sealant where the roof seams come together (so water will not fall through the open gap onto the underpayment beneath) and used weather stripping under the seams as well. Most of the roofers we spoke to only said they would put a new underlayment on top of the old. Ariat Roofing makes use of the best techniques and materials to provide multiple layers of defense for your roof. You might be fine only adding a new underlayment on top of the old. We do live in a desert. But Ariat Roofing does not conduct business that way. A true professional only knows one way to do things; the right way. They take pride in a job well done and are physically sickened by substandard work. The employees of Ariat Roofing are those true professionals. They need to see the job done correctly in order to be satisfied. Their roofs should increase the property value of a house over comparable homes. An Ariat roof should be noted by realtors/home inspectors when they come across them. They are significantly better and will last much longer. One final mention in order to paint a more complete picture of our experience with Ariat Roofing. A previous contractor, we had received 6 estimates from different roofers, suggested we use a cricket by our chimney because we had a massive leak in the roof. I asked one of the Ariat workers if they thought it would be necessary and should I speak to someone at the company regarding a cricket. He listened to me, nodded, and said "ok". The following day they said all finished for the entire job and told us the project manager would come by for final inspection. I thanked them, was curious about the chimney, and took a look. They used extra metal sheets all along the base of the chimney and placed another smaller sheet coming down onto it so water would not get behind the first sheet. Everything was sealed tight. We have an impregnable sheet of metal extending up the chimney and under the tile instead of the normal flashing. It is above and beyond the call of duty and those guys never bragged about it or even drew attention to it. They listened to the problem, fixed it, and then finished the roof without a second thought. These are the kinds of people working at Ariat Roofing. They are completely so much work that nothing is a problem to them and they do not need to brag about anything. Their finished work is all the proof they need of how exceptional their craftsmanship is and they are always finishing work somewhere everyday. From Jeff the Estimator to Eric the Project Manager and every one of the 4 incredibly hard working guys who formed the crew that put the roof on our house, everyone was an authentic, diligent, great human being to meet. Their cleanup was amazing even though they had worked all day and the temperature was 107 degrees on the ground. This has been some of the best money we have ever spent. Their price was also better than most other roofers we spoke to as well. Ariat Roofing did more work (removing the underlayment, etc.), with better techniques (sealant on the joints, etc.) , faster (finished right on schedule a full two days before others said they could), and for less money. They are superior in all respects.

It's been a couple of days and they still haven't return my call.

Description of Work
I called them to give an estimate on my roof.

Hello [Member Name Removed], this is Jay with Ariat Roofing. I am sorry to hear that we have not called you back. We have been dealing with a high volume of calls due to amount of rain we have received in the valley recently. We have also been dealing with the Corona Virus issues. Not to come across rude but the time it took to go online and leave this review you could have just called back or called another company. Hang in there [Member Name Removed] be safe.
5.0

Excellent. Quick, efficient, on time, helpful and friendly. No BS and no upselling. Have used Ariat before and they will be the first we call next time we have any roofing problems

Ariat Roofing Inc is currently rated 4.9 overall out of 5.

No, Ariat Roofing Inc does not offer eco-friendly accreditations.

No, Ariat Roofing Inc does not offer a senior discount.