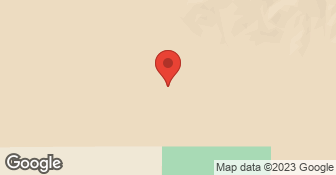 Description of Work
I contacted Matt during a special he was having (can't remember the details). In any case, the special was for 10 windows and an additional charge for each additional window, which I thought was very reasonable. He did all my windows, inside and out, for about $60. He worked quickly and efficiently and was very professional. I've already scheduled an appointment for him to wash the windows again and may have him power wash the driveway as well! I would definitely recommend Matt.

I got a deal from Amazon Local.com which is how I found him for the job. He was great. He was prompt, immediately began working. It was really hot outside but he was efficient and still did great work. He did exactly like he said cleaned the windows in and out, screens and tracks. There were no streaks. I have high windows and bushes that he had to go around to get the job done. I was completely satisfied with his work, he was reasonably priced and I told him that I would using him for all my window cleaning.

Description of Work
Matt cleaned 10 windows on my single story house. He cleaned the windows inside and out, screens and tracks.

Window cleaning specialist. We help your window go from dirty to clean within a heartbeat. Remove all paint specs by scraping, get rid of water spots by scrubbing and diagnose any problems that your window may have. Freshen up your tracks with a nice smelling spray. Add our finishing touches to your screens with our screen magic, leaving them looking shiny. Leave call our office today to get an estimate at 702-324-7009. Something that puts us ahead of other companies in this line of work is that we're reliable and affordable. We have been working window cleaning for 8 years now within the state of Nevada. Owner-operated business that goes out in the field to get the work done as best as possible.  …

As a new business, we are committed to exemplary service at extremely affordable prices. You can expect nothing less than top notch, professional customer service. We believe in transparency throughout the whole process and great results that last! We hope to earn your business not only today, but for all your future pressure washing needs.  …

No two story's. Single story only.

ALWAYS CLEAN PRESSURE WASHING AND WINDOW CLEANING is currently rated 5 overall out of 5.

No, ALWAYS CLEAN PRESSURE WASHING AND WINDOW CLEANING does not offer a senior discount.

No, ALWAYS CLEAN PRESSURE WASHING AND WINDOW CLEANING does not offer warranties.

Are there any services ALWAYS CLEAN PRESSURE WASHING AND WINDOW CLEANING does not offer?

No two story's. Single story only.