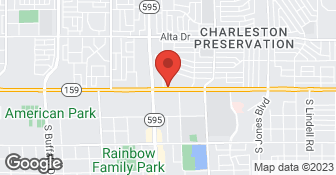 We take pride in our work, we provide free estimates along with reliable service to keep you satisfied. We are licensed, bonded, and insured so you can count on us....

It went fabulous I definitely made the right choice by hiring this company. I recommend if you want a decent price and unbeatable price with great quality work hire this company. I'm not related to them and I'm not affiliated with them I'm just highly recommending them

Description of Work
I needed my complete roof done they tore the old roof off and put a brand new one on in a two-day time frame. The team of roofers work together in harmony they demonstrated a great work relationship. I hired the best company in town the roof looks terrific the neighbors are all happy the price was unbeatable. I definitely recommend this company I definitely would hire them again

Came out gave estimate and scheduled the service. After the repair was done the first time it rained again and they came back and repaired again (The guy said they repaired the wrong spot so he determined where the water was getting in and repaired that spot at no extra cost). they said they would send me before and after photos of both repairs. I am still waiting. It is now March and I have requested them more than twice. No response.

Discovered a leak into my family room during recent extended rain. After a not-so-pleasant experience with another roofing company to prevent further damage, contacted All State. Scott Lewis and Eddie came out the same day called, replaced the inadequate and quot;tarpand quot; the other company had put on the roof, and inspected the roof and interior damage. Both took the time to show and explain exactly what the problem was and what needed to be done. Also advised of other problem areas that needed to be addressed. Although All State wasn't the cheapest estimate I got, I decided to use them because based on what was explained and what I was shown, their repair plan seemed most logical. Their worker, Augustine, showed up when promised, stayed on the job until it was completed (5 days), and left the roof and yard clean. Any questions I had were answered and whatever was promised was delivered when promised. Scott and Eddie were very professional, knowledgeable and accommodating. I would not hesitate to recommend or use All State in the future.

They had some ups and downs. The completed job had some things to fix. All in all they were pretty good.

After calling a number of roofing companies, I called Mike at Allstate, he was available to meet with me that afternoon he arrived on time and was very knowledgeable and honest will with the roof inspection. The next day I received a detailed inspection report and a bid to replace the roof. Allstate started on the re-roof 3 days later. With in 2-1/2 days the job was complete,they did an excellent job on the roof and clean up. I would highly recommend Mike and Allstate roofing.

Description of Work
Allstate did a roof inspection and a complete roof on the home.

They were very nice and showed up on time. They cleaned up very nicely.

Description of Work
They sealed some vents on my roof.

Description of Work
All State Roofing replaced some roof tiles and fixed a leak in the roof.

It went fine. I was just checking for somebody to do the job and based on their ratings I went ahead and gave them a call. That's all it was. They took care of the problem and it's good to use. They were only there the one time. I thought the price was a little high. I would probably use them in the future if needed.

Description of Work
The roofing company came out last year and cleaned the chimney.

These guys were life savers! We were in the process of buying a bank owned property with an FHA loan. It was a requirement of the loan that we get a new roof. However, the bank was so overwhelmed with foreclosures that they just couldn't get it down. Through our Realtor we finally got the bank to use the roofer we had had out earlier in the process but the bank would pay the bill. These guys came out 48 hours after being contacted and got the whole job done in about 2 working days. They had no problems dealing with our 1959 house, either! I don't know what we would have done without them. And at such a reasonable price! Thank you so much!

Description of Work
The guys tore off the old roof, replaced 9 pieces of unusable plywood, and put 20-year white shingles on the roof, as well as the metal trim around the roof and flashing around the chimney.

Family owned and licensed #0022932 and #0036959 since 1985 our company motto is Quality Materials & Professional Service. We do not take down payments or deposits payment is made when the work is complete. Additional service area:Clark County Las Vegas Henderson North Las Vegas Boulder City Green Valley Anthem & Summerlin.  …

How is ALL STATE ROOFING overall rated?

ALL STATE ROOFING is currently rated 4.7 overall out of 5.

What days are ALL STATE ROOFING open?

ALL STATE ROOFING is open:

What payment options does ALL STATE ROOFING provide

No, ALL STATE ROOFING does not offer eco-friendly accreditations.

Does ALL STATE ROOFING offer a senior discount?

No, ALL STATE ROOFING does not offer a senior discount.

Are warranties offered by ALL STATE ROOFING?

What services does ALL STATE ROOFING offer?