With Angi since February 2008 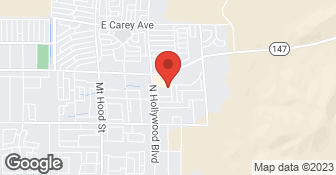 We give free estimates. Specializing in all types of re-roof and repairs.

I called A+ Ramirez to fix what I thought was a simple leak around a vent pipe. The salesman gave me a estimate of $450 to patch. When they came out to actually inspect under the tile roof they said the roof underneath was worn out. The new estimate was now $4,700. It sounded OK with me so they went ahead. They came back when promised and started the work, it went quickly and within a few days they were done with no problems in the last five years. Overall I was very pleased with the work. The only rub was the salesman Todd. He told me I had to get the city permit which I pushed back and he finally agreed to do it which they did. Next he told me to go find replacement tiles in case they broke some during the process. I expected them to find the tiles they needed. After about a week of looking for tiles myself I called the company and the owner said he never asks customers to find tiles and that he would handle it. Then everything went well. So I would have given them an A but I took points off for my dealing with Todd.

Description of Work
Did what is called a tile reset on about a third of my roof which is taking off the clay tiles and replacing the waterproofing underneath and then putting the tiles back.

He no longer works with us.

We have the experience and dedication to bring your dreams to reality! Encor Home and Roofing will always work in your best interest, utilizing quality materials, state-of-the-art techniques and equipment, comprehensive insurance programs and the most experienced and skilled craftsmen in the industry. We guarantee your satisfaction, and we won’t leave until the job is done right. Our team has quality experience in this industry, and we make sure our customers are happy before we leave. Call or click to schedule an estimate today!  …

First Quality Roofing & Insulation was established in 2002 with the goal of establishing long term relationships with our clients and exceeding their expectations by implementing the following: • Providing exceptional quality and value to the client. • Striving to understand our clients wants and needs. • Performing all contract work to meet or exceed the project specifications. • Establishing realistic work schedules and completion dates and strive to adhere them. • Communicating with the client regarding the progress and any changes. • Providing a safe, positive and ethical work environment for our employees.  …

Quality Roofing Company In Las Vegas, NV Call Our Roofing Company For Repair And Installation Welcome to Ariat Roofing! Do you need roof repair or a new roof in southern Nevada? Call and talk with one of our roofing contractors today for a free quote at 702-208-4153. With over 25 years of experience in the roofing industry, Ariat Roofing has provided southern Nevada residents with safe and affordable roofs. We are proud to have so many happy clients and high ratings on home service sites like HomeAdvisor and Angie’s List. We’ve also been honored with an A+ rating at the Better Business Bureau. Check out some of our testimonials for yourself! From minor repairs to major re-roofing projects, our roofing company does it all. We specialize in residential roofing, repairing and installing asphalt shingle and tile roofs. Ariat Roofing is proud to be an Owens Corning Preferred Vendor. We also do some residential flat roofs, primarily for patios, garages, add-ons, and other such structures. If you need any of the following services, give us a call: Asphalt Shingle Roofing Flat Roofing Insurance Claims Assistance Maintenance Roof Repair Roof Replacement Storm Damage Repair Tile Roofing Waterproofing Your Number One Choice! Each roofer with Ariat Roofing is fully trained and we are fully licensed, bonded, and insured. With our many years in business, you can trust us to do an excellent job on your roof. If you want a roofing contractor who will respect you and answer your questions, look no further than Ariat Roofing. Call us today if you need a quality roofing company in Las Vegas, NV at 702-208-4153! Our expert roofers will have your home repaired in no time. Tile Roofing Asphalt Shingle Roofing Flat Membrane Roofing  …

All statements concerning insurance, licenses, and bonds are informational only, and are self-reported. Since insurance, licenses and bonds can expire and can be cancelled, homeowners should always check such information for themselves.To find more licensing information for your state, visit our Find Licensing Requirements page.
General Information
Free Estimates
Yes
Eco-Friendly Accreditations
No
Payment Options
Check, Financing Available
Senior Discount
No
Warranties
Ask for details

How is A+ RAMIREZ ROOFING overall rated?

A+ RAMIREZ ROOFING is currently rated 4 overall out of 5.

What days are A+ RAMIREZ ROOFING open?

A+ RAMIREZ ROOFING is open:

What payment options does A+ RAMIREZ ROOFING provide

No, A+ RAMIREZ ROOFING does not offer eco-friendly accreditations.

Does A+ RAMIREZ ROOFING offer a senior discount?

No, A+ RAMIREZ ROOFING does not offer a senior discount.

Are warranties offered by A+ RAMIREZ ROOFING?

No, A+ RAMIREZ ROOFING does not offer warranties.

What services does A+ RAMIREZ ROOFING offer?