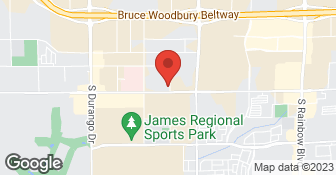 At 2-15 Landscaping, we provide landscape care services to Las Vegas, Summerlin, and the surrounding area with excellent customer service, pricing, and products. Our specialty is providing a landscaping service in Las Vegas that helps residents and businesses owners make their dreams a reality for the beauty of their properties. We’re known throughout the region for our commitment to quality and outstanding service, which we believe are integral to ensuring client satisfaction for all of our work. Whether it's installing new grass, an irrigation system upgrade, lighting, or more, we'll deliver quality work that we know you'll love....

Sean and the 2-15 Landscaping team did an awesome job! Really liked how Sean not only came out for the site visit...he was always accessible and arrived every morning during the project execution. 2-15 Landscaping worked really well with our HOA and cleaned up the worksite at the end of each work day. Definitely recommend and would hire again!

It went good they showed up when the say they would and they did what they say and it turned beautiful.

Description of Work
They did landscaping work.

Hiring 215-Landscaping was awesome! They completed my whole yard and continue doing maintenance on my property!

Great, I have used them twice and both times my front and back yards look very manicured. They provide great customer service.

Description of Work
Trimmed all bushes and trees, replaced bushes with plants, cleaned yard, and evened out rock landscaping.

This work was done on a rental property. I was not physically there between the time he laid the sod and the time that I saw the results of the work. I only saw pictures of when the sod was put down and of the sod, dead, two weeks later. The water sprinklers had been set for 3 times a day by another lawn specialist. I asked for sod to be put down in bare spots on my lawn in the middle of July. I asked if another time might be better to lay the sod, but he reassured me that to lay sod in the middle of July in Vegas was not a problem. As evidenced two weeks later by the grass around the sod, it was watered, as suggested, and it was not mowed. Two weeks later, I have dead sod and he won't come back and redo it unless I pay him the same amount that I paid him to begin with. Now that the sod is dead, he tells me there is no guarantee on sod. This was not told to me prior to laying the sod. I did not receive anything to that effect in writing. I had also asked him to quote me on converting the landscaping in the front yard to desert landscaping. I got no response on that. I had left that as a reply to his invoice. His service was quick, but I feel he was more interested in making money quickly and risking bad results than waiting and doing work that would last. Afterall, it's not his lawn. He also needs to check ALL of his email.

Description of Work
Put down sod and adjusted sprinklers.

They are very prompt. They are super friendly.

Description of Work
They did some lawn maintenance for me. They also trimmed some trees.

Integrity is the foundation of our business. We have built long-standing relationships with our customers and vendors through hard work, dedication and honesty. We've layered that with a full range of quality products and services, as well as one of the finest quality control programs in the industry. All those combined have set us apart from our competition. At Royal Flush Concrete, we set high standards for ourselves, and our employees. Our managers are expected to lead by example and to maintain an attitude of professionalism at all times. We feel strongly that well-trained, highly motivated employees are our company’s greatest assets. That is why we seek out people who wish to grow along with us and share in our high moral and business standards. We reward employees who hold integrity, safety and customer satisfaction above all else. We take the responsibility of managing this Company very seriously, as many people depend on our success. We continually seek out opportunities to expand our markets, products, and services while increasing profitability. Since starting our business in 1998, we’ve continued to grow and to give back to the communities and people who have supported us over the years. Bottom line: Here at Royal Flush Concrete we plan for the future to ensure the longevity of the company, for the benefit of all.  …

With over 30 years of experience in concrete we are the BEST choice for all your concrete needs in the Las Vegas area. We are a licensed, bonded and insured contractor and we stand by our work. We give 10% Military and Senior discount. Give us a call for a FREE estimate and see what we can do for you!  …

A1 tree service is a full service tree company we do tree trimming, tree removal, chipping, and much more.A1 tree service provides free estimates and prompt service. we are happy to complete your job in a timely manor and work towards earning your repeat business there is no job that A1 tree service cannot handle and will look forward to hearing from you and earning your business thank you.  …

How is 2-15 Landscaping overall rated?

What days are 2-15 Landscaping open?

What payment options does 2-15 Landscaping provide

No, 2-15 Landscaping does not offer eco-friendly accreditations.

Does 2-15 Landscaping offer a senior discount?

Are warranties offered by 2-15 Landscaping?

What services does 2-15 Landscaping offer?