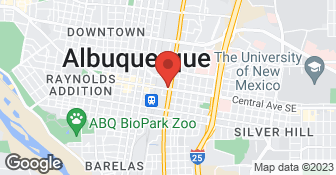 Robin Margetts and his team hot filled all of the cracks (there were many) and double sealed the entire driveway which was over 2300 sf. He was on time and completed the entire task in less than a day and it looks great. A week later when I discovered a small (1ft x1ft) area that had a problem he came back without hesitation and repaired it on the spot. I was almost embarrassed to call him because it was such a minor issue... It's obvious he takes great pride in his work. Robin did exactly what he said he would do for the agreed upon price and the driveway looks great. I was very happy with the work. I thought the driveway was in such sad shape I thought I would have to replace it. Robin's quality work saved me a lot of money and extended the life of the driveway. I thought the price was very competitive.

Description of Work
RM Paving hot sealed all the cracks and double coated my entire asphalt driveway. This driveway is about 190 Ft long, 2300 sqft and very steep.