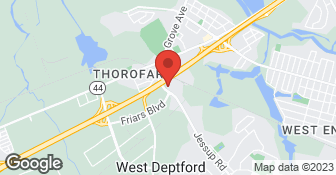 In an effort to provide our customers the luxury of being able to deal with a single company to care for all of their outdoor needs, we presently run 5 divisions. Working this way also helps to ensure that each division specializes in a specific aspect of landscaping, irrigation and lawn care....

We have been with PT for well over a year, might be two. Yes our lawn is better off than a year ago, but not by much. It should have been stupendous but starting in June the weeds kept on coming. Per verbal agreement, PT is supposed to call and schedule an appointment. Then, the day before call and give us some kind of window of what time they will be out. When the tech comes out they are supposed to call and tell us they’re on the way. Just telling us you’re coming out is not an appointment. They called yesterday and left a voicemail they would be out, but no timeframe referenced. The reason being we have a fenced back yard which needs to be unlocked and the dog put inside. In June they were out. We weren’t home but the dog sitter just happened to be home when they showed up. Today we took the dog for a walk early, and we weren’t home 2 minutes before they pulled up. No phone call. Had to move container plants and furniture out of the way and all kinds of simple but important chores have to be done before their arrival. Would be great to even have 15 minutes notice. There have been billing issues in the past which were resolved. (In my mind, extra charges shouldn’t just show up on the statement “by computer error” and if they do, the company should be calling you, not the other way around.) This spring I didn’t push back on extra billing when they turned on the lawn sprinkler system, even though the guy told me “it was all in a days work.” I guess my main beef is that the office doesn’t do what they say they will do, and to me, communication is the key. I want them in and out in the most efficient time possible, and with notice that can happen. Today I questioned the tech in regards to calling prior to being on the way. He heard nothing of the sort from the office, so of course he didn’t call ahead. (I’m sure we were the first yard of the day since he showed up soon after 8AM) I spoke to one of their techs maybe in April of this year, prior to doing the yard, when they showed up then. I advised him why his company was out to do this. (Fertilizing and weed control.) - because I don’t seem to be able to do it without burning up the lawn, etc. He assured me all which ways. Three days later I notice the front of our five camellia bushes are all burnt from overspray. The back of them are gorgeous. I didn’t call them on that one either but I do have photos, timestamped and all that. I’m not sure if Cherry Hill is too far out for them to do business, but we are pretty unsatisfied. They’re out of W. Deptford. Maybe this is a way to shrug off business they really don’t want? So, bad service, bad office communication and practices. There seems to be a lot of good competition in the market place to hang in there with mediocrity hoping they will change. We have given third and fourth chances and we’re done.

Description of Work
Pond maintenance.Matt is very knowledgeable and generous with his time and personal attention to the fish and plants' good health.

Description of Work
Mow front and back lawn, trim and clean up. They do a great job. Quick and neat.

I've used Perfect Touch over the years for a variety of projects - lawn fertilization/weed program; hardscape; spring and fall clean-up; pruning/trimming bushes/shrubs, etc. They can be pricey but have been willing to work with me as an on-going customer. Biggest issue over the years has been lack of responsiveness and not being at my house based upon mutually agreed time(s). I've visited with other potential landscapers but have not found them promising -- either the work I wanted them to do wasn't what they were interested in doing or it wasn't cost effective for them to come to my house based on their location or I just wasn't happy with the way the meeting went - I gave them detailed information of my needs and the person showed up without the list and acted like he had no idea what was going on. So, I stay with what I know.

Description of Work
leaf clean up

Description of Work
Cleaned out all my old flowers and plants. Trimmed my trees on the south side. Planted 200 bulbs for tulups and Narcissus for spring.

We used them the whole time we lived at the other house. Actually, we're going to probably be using them again. It's just a matter of calling them up and having them come here because we have some work that we want to have done in our yard here. The cost depends on what we had done. Everybody uses them because they're reasonable and they're local. They're literally right around the corner. They always do a great job. Everybody that I know that lives here, every other house is using them because they're good, reasonable and are right up the street. They do a great job. They do lawn service and mulch. The only thing they don't do is pick up big trees. They'll do whatever you want. I know that their prices are not astronomical. They work with you. Also if you recommend them to anybody they give you a little bit of money off because you recommended. That's how most businesses get their business, when you recommend them. If anything, we've recommended them a couple of times to other people. We've never had an issue with them not coming.

They were very reasonable compared to the other estimates that we got and because they were so reasonable, we were able to get a larger deck than we originally anticipated. They were not the cheapest but they were the most thorough in how they provided their estimate and they had the ability to start on time and so forth.

Description of Work
We used Perfect Touch Landscape Inc. They put on a patio on the back.

Concrete and masonry contractor -- call or click for your quote today!  …

Green Effects LLC. always strives to provide you with the best property management service in South Jersey. Every time we come out, we do our best work. Taking care of your property is no joke to us. We understand that every customer has a unique vision in mind for their landscape. Green Effects LLC can transform your property or keep it looking beautiful. We have a passion for what we do and it shows in our work. We are proud to know that we handle every job with the same care and professionalism. Whether it's removing shrubs or a complete redesign of a property, we not only make sure you are happy with our work, but that it is something that we are proud to show off to other potential customers.  …

The following is an overview of how these divisions are broken out: Lawn care/Fertilization; Landscape Maintenance; Irrigation Installation and Service; Hardscape/Landscape Installation and Lawn Care/Mowing. Furthermore, we are happy to offer services ranging from simple mowing tasks to complete design-build projects and have a fully staffed office to help with scheduling or any questions or concerns that may arise.

PERFECT TOUCH LANDSCAPE INC is currently rated 4.4 overall out of 5.

No, PERFECT TOUCH LANDSCAPE INC does not offer a senior discount.

No, PERFECT TOUCH LANDSCAPE INC does not offer warranties.

PERFECT TOUCH LANDSCAPE INC offers the following services: The following is an overview of how these divisions are broken out: Lawn care/Fertilization; Landscape Maintenance; Irrigation Installation and Service; Hardscape/Landscape Installation and Lawn Care/Mowing. Furthermore, we are happy to offer services ranging from simple mowing tasks to complete design-build projects and have a fully staffed office to help with scheduling or any questions or concerns that may arise.