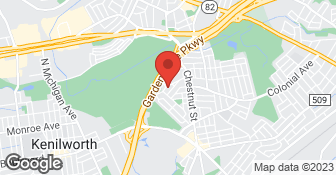 (For the quickest response call 9088682970) Trust G. Greenwald Carpentry and General Contractor with over 40 years of experience in the carpentry and general contracting industry. We offer affordable, reliable and efficient Residential and Commercial Applications. Kitchen and Bathroom Remodeling and Repair add value to your home by replacing your old kitchen and bring it up to date with our modern designs. Need an addition to your home? We can do this too. We also offers a professional Handyman Services. Let our professionals caulk that bathtub, repair that hanging door, fix that fence, spackle those holes, repair your steps, we do those aggravating jobs you choose to not do yourself. Look for our seniors citizens discount on the special offers page. We use licensed and insured master plumbers and electricians that have been working with our company for many years. You can have the new addition, deck, framing, window, door, porch, or enclosure you have been wanting. Ask about our general home and office repairs. Are you in need of emergency services? We can handle storm and flood damage, repair break ins, and tackle fire or tree damage. Call on us for service to foundations, grading, trenching, masonry, pavers and stone walls. Insured and licensed....

Everything was great. Professionally done for a fair price.

We had water in the basement and decided to take the opportunity to not only fix the issue, but make some upgrades - new ceiling, doors, lighting, add crown molding, etc). We did our due diligence, getting several quotes and, ultimately, chose Gary for the job. So many great things to say about Gary and his team. As others have stated, he is always on time (even a bit early, which I appreciate) and got the job done efficiently. He's a straight shooter and knows this stuff. We are first-time homeowners, so we needed a little hand-holding, which was a perfect match for Gary. He explained the process, provided options and did what he said he would do. And, if he doesn't do something, he's "got a guy" that can. The thing I appreciated the most was his passion for what he does. On the first day, he and the electrician walked through with us and were more excited than my husband and me for what the finished product would look like. He offered "upgrades" and suggestions without being pushy and I'm so glad we took the advice. I could go on and on, but I'll end by saying that I highly recommend Gary and his "team" of experts.

Gary was excellent to work with. He was one of the few people willing to get the work I needed done and in an extremely timely manner too. He showed up at the exact time he said he would. I would 1000% recommend and will be using again sometime in the future.

Description of Work
Replacing a cupola, recaulking around windows, placing some siding in the sunroom

Not good. Sent a request to a total of 3 contractors on angies list 2 got back to me and he never bothered emailing or calling. I went with one of the other comoany’s

Gary arrived on time, worked efficiently, left our driveway looking cleaner than it was when he came. Finished ahead of schedule. Gave advice on how to maintain wood steps - great all around! Would hire again.

Gary and I spoke in detail, then was sent photos and further descriptions of a project that would require the installation of 3 pieces of sheet rock, 4 ceramic tiles, and bathroom vanity faucet; to which he quoted a price of $2,400, more than 2x what all the other contractors quoted. This might not have been too offensive were we not in the midst of a pandemic, 70% of the country struggling to pay ordinary costs. He also made clear that the money be paid in cash as he had applied to the government for grants to help small business owners who were forced to shut down for being "non essential." It is just the opposite of honorable.

here we go.this review is done by a very frustrated person. first of all.this person had called me three times ,all during the panademic shut down. i explained that i couldnt do anything till things get better . she told me that i should put on a mask and give her an est.i told her i was shut down till government opens us back up .then we went into conversation about the shutdown.i told her im in as much delema financially as the consumer.i did say that i am trying to get a ppp loan like everyone else in buisness that has been shut down by the Corona thing.even though i was denied at the time.we talked in conversation quite a bit. i told her i would need cash for the job . i didnt explain in detail, but reason being banking was horrible at the time. now getting back to what really happened here.she asked me for an estimate .i told her without seeing the job i cant give her a accurate price.she also left out many parts of the three different conversations.she told me that she had a flood in the cellar.she had a remediation company remove drywall in her cellar that she wanted replaced and insulation installed and trims. she also told me she had a mess of furniture that needed to be moved and removed.also carpet removed.we didnt discuss painting. so she left a large part of my tentative price approximation. in the conversation i also heard her tell me to save money she would put tile on cardboard and lay it under where the vanity before i get there.at that time a light went off in my head. she asked several times how much. after this amount of time in conversation.i started getting a bad tast in my head and was getting very Leary of even taking the job.so in the complaint she left half the job and tasks out. after asking a third or fourth time for a price i finally said she had a two day job atleast for myself and a man and it sounds like about a 2400.00 job.i didnt even get the word job out before she rudely hung up on me. very rude.if the price wasnt acceptable say thanks ill get back to you .or somthing to that effect. i knew that the next day on a review that an f bomb would follow.im very surprised she gave me only a d . much appreciated . and good riddance
5.0

Gary was straight-up and honest from the first phone call. He's quick, to the point, and doesn't want to waste time, whether talking or in actually doing the work! Not only does he jump right in, get his workers in on time, and is extremely well-thought through, he also makes excellent suggestions to make the job come out even better. He coordinated the job and all the other independent vendors (electricians, plumbers, kitchen people....) from start to finish. He was also very responsive to all my questions. He even finished the job a day early than his prediction!

Gary has built closets, remodeled bathrooms, fixed shutters, installed wainscoting, replaced our wooden deck, repaired water damage, and performed countless other repairs at our home. He is wonderful. Really, really wonderful. Every single thing he did for us has been perfect. He has put us in touch with the best painters, electricians, plumbers, and asphalt contractors we've ever used. Now, no matter what I need now, I call Gary. If he can't do it, he knows who to call. I have given many reviews on Angie's List. Gary gets my highest rating ever. Don't call anyone else. Gary is your guy. It's as simple as that.

Gary Greenwald is simply the best contractor to work with out there. Professional, creative and insanely reliable - he was there every day he said he'd be there, on time and ready to go. He was a pleasure to have in the house as well and great with our pets. He gutted our bathroom, removed/replaced all moldy, rotted materials; beautiful reconstruction with updated electrical and plumbing, new materials. Our tile looks great. We are so happy. Will use for our kitchen next!