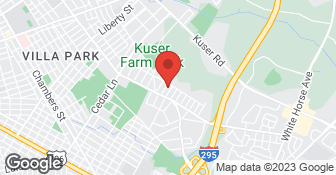 Started out ok and then went downhill from there..it is a very long story from the soil samples being lost and then samples taken again which they are trying to charge me for. This company is Not upfront with their costs. It has been almost a year and I am still dealing with them. Never told me that their were costs for 2 reports. When the property finally became certified they wouldn't send the report into the EPA unless I paid 1,000.00 for their report. I would hire a different company. I called Consumer Affairs and it doesn't look like this case will be resolved.

Description of Work
Removal of underground oil tank from the front of my house.

Prior to the work being scheduled, Quick Environmental (QE) applied for and obtained the necessary building permits and coordinated the scheduling with the agency insuring the old oil tank in case there was any leakage needing remediation. Once we signed the contract with them, one of their managers (Cecil Taylor) came over to survey the job and answer any questions I had. He assured me that the job was pretty much routine and that they would have everything necessary to do the job. His visit was quite reassuring to us. It took longer than we expected between contracting with QE and the work actually starting--but that seems to have been caused by our township taking a long time (several weeks) to issue the permit. The installation of the new tank was originally scheduled to take place on a Tuesday with removal of the old tank scheduled for the next day. On Tuesday morning, however, QE called us to lell us that one of their people was out sick and that they wouldn't be able to do the installation that day. Instead they said, they'd do both the installation and the removal the next day (Wednesday). This was a perfectly acceptable solution to us. On Wednesday morning, the installation crew arrived and began working. While we were waiting for the removal equpment to arrive, we learned that the had mechanical problems and would be delayed. One of the two installers went off to help the stuck tank remover while the other installer continued working. Although later than expected, the removal equipment arrived. The QE people took this delay in stride and kept on working without regard for its getting late. In fact, they worked late into the afternoon and early evening, not completing the work until just about 7 PM. What could have been a disaster turned out to be just routine for these hardworkers. Throughout the day, Tirone, Michael and Kristo worked hard and patiently. They were extremely courteous and obviously very knowledgeable and competent. Despite the lateness of the day, they did not cut any corners and did everything that needed doing and could be done that day. They had to leave the old removed tank down at the front of our property so that the building inspector could inspect it for holes and leakage (there weren't any holes and there had been no leakage). The inspector came on Friday (when we were away) and approved all the work and that there were no holes in the tank. At this point I started to worry that it might take forever for QE to come back and finish the work. I notified them by email on Sunday night that we were ready for the final steps. On Monday morning I got an email saying that they'd be here that very day. They came in the early afternoon and finished everything up (removed the old tank, filled the ruts in the lawn with topsoil and reseeded). Despite all the little hitches, were are very pleased with QE and their people. They overcame the various things that went wrong. They got the job done and done well as promised. Everyone we dealt with at the company was extremely helpful, responsive and courteous. They did the job on a fixed price which was less than other estimates we had gotten and were willing to work with us on our terms (which other companies were not willing to do). We are extremely pleased and can highly recommend QE to all.

Description of Work
Installed new above ground oil tank and removed old buried tank. Removed old tank from premises and repaired damage done to lawn as a result of the excavation of the old tank.

Description of Work
We had a 1,000 gallon previously abandoned oil tank removed from my elderly mother's property to prepare the house for sale. The tank was excavated by another company and there were holes in the tank, therefore causing it to fail inspection by the local inspector and opening up a DEP case for remediation. Very often, these cases turn into incredibly expensive nightmares for home owners to remediate soil and sometimes ground water too. I called Quick Environmental who approached the case with the utmost professionalism from the start and expressed that the first step was to test the soil. If the soil samples came back within the allowable limit provided under DEP clean up regulations, then no soil clean up would be necessary. This is in fact what occurred and we were able to close up the hole and get our "clean bill of health" also referred to as a No Further Action letter by the state. We had consulted with two other firms and neither told us about soil testing to first see if we were within the allowable limit. Instead, they gave us estimates for expensive clean ups involving the digging up and disposing of tons of "contaminted" soil, which makes me wonder how many unsuspecting homeowners, especially the elderly, are getting taken advantage of. Quick Environmenatal was upfront, honest, and extremely professional. I recommend them in the highest terms.

Description of Work
Company was required to remove underground oil tank from property at 1400 Sloane Blvd., Plainfield, NJ. Inspector "Joe" was to have come out and inspected the job. He came. He discovered oil in ground cavity. But if tank |had been more carefully had excess oil/water/sludge cautiously pumped out of tank prior to its removal, there would have been no trace of oil in the |ground floor of earth cavity!! Sloppy job. Rigged from start for NJEP!! |

The customer was upset because her oil tank leaked oil into the ground from corrosion holes due to the tank being in the ground for over 40 years. This is why it is important to have your underground oil tank removed and a new oil tank installed. We cleaned the tank properly following all applicable state construction codes. The township inspector failed the tank because of holes in the tank due to rust. We did not spill oil into the ground as she states. The township inspector agreed with us and said we did a great job cleaning and removing the tank. We remove over 500 tanks every year and rarely have a problem.
5.0

I recently converted my heating and hot water systems from oil to gas. The last part of this project was to remove an 1,000 gallon in-ground oil tank which was under a foundation planting, right in front of my house. Leaving the tank in the ground was not an option because it could cause ground contamination. It might also cause problems in the future if we decide to sell the house, as people are increasingly weary of the potential for contamination from in-ground oil tanks. I made an appointment to have the tank removed by Quick Environmental. They rescheduled my appointment twice, but did give ample notice when doing so. Three workers drove about 1 1/2 hours from Trenton, NJ to Easton, PA, and they arrived at my home on time. They were polite, friendly, professional, and very pleasant to deal with. They completed the work as described above. They left the area nicely cleaned up. What a relief it is to have gotten this over with. I am very happy to no longer have an oil tank in the ground! Luckily, another contractor recommended Quick Environmental to me.

Description of Work
OIL TANK REMOVAL. - We previously removed shrubs ourselves from the area where our in-ground oil tank would need to be dug out. Quick Environmental protected the lawn, drove equipment onto the yard to access the area, dug out the top of the oil tank, cut it open, emptied and cleaned it on the inside, and then removed it from the hole. They then filled the hole, first with crushed stone, which they provided, and then topped it off with the soil that had been over the top of the oil tank. They cleaned up and planted grass seed to areas where the grass had been damaged. Because they protected the lawn, there actually was very little damage to the lawn.

Very well. Tony, Anthony and Victor were the crew assigned to actually do the removal work and they all were very helpful and professional. We had insurance so there was no additional cost for the remedial work because ProGuard paid that bill less the deductible.

Description of Work
We had an underground oil tank removed and tested and this company did the removal and follow-up remedial action that was required. Joe Greene was our inside contact and he was very helpful with the process and follow-up details.

Company employees arrived on time and began work. They explained what was going on and were very friendly. They worked carefully not to destroy surrounding areas of the work site and not to destroy the neighbors property. The removed the tank and hauled away tank and piping. They refilled and compacted the hole and planted grass seeds. Everything went well.

They were very thorough and professional. They had to take 30 tons of dirt out of the lawn, their clean-up was great. They were on time and everything was completed well.

Description of Work
They remove underground oil tanks and clean up the mess due to leakage.

Junk Rescue is a fully licensed, fully insured, full service Junk Removal Service. We take just about anything, no matter where the items are located on your property. Whether you are a home owner or business owner (large or small), Junk Rescue will provide you with a heroic experience that you will never forget. The best part is that you won’t have to lift a finger throughout the entire process. We do all of the labor, loading, and disposal. Once we remove your items, our #1 priority is to donate any salvageable items and give back to those in need. Any items that cannot be donated will then be recycled and disposed of responsibly.  …

Our focus to customers is quality, respect, and loyalty. Our work to customers will be 100% guaranteed professional service. We take pride in offering you the best customer service experience, from start to finish.  …

Full service hvac company that offers 24 hour service. Accept credit cards. We guarantee your satisfaction and we won’t leave until the job is done right. We pride ourselves on the quality work we provide, while delivering great customer service! Check out our services offered and call or click to schedule an estimate today!  …

How is Quick Environmental overall rated?

Quick Environmental is currently rated 4.3 overall out of 5.

What days are Quick Environmental open?

Are warranties offered by Quick Environmental?

What services does Quick Environmental offer?

Are there any services Quick Environmental does not offer?