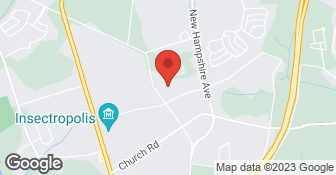 Our certified technicians have been providing quality service & installations in Monmouth & Ocean Counties for over 30 years. Your home is probably the biggest investment you've made, with fuel and energy cost constantly on the rise, we want you to know that you can count on us, to provide you with the latest technology needed to help you save up to 50% on energy cost with our money saving products such as: Ultra High Efficient Equipment, Indoor Air Quality , Gas Conversions, Air Balancing , Duct Cleaning and Design, and Go Green Energy Audits are just a few of the services we provide, to allow you and your family a clean healthy environment so you can enjoy what you've worked so very hard for, your home. Accurate Mechanical Heating & Cooling, LLC. is a family owned providing a red carpet service 7 days a week, 24 hours a day. All of our technicians are EPA Certified with constant up-to-date training. We are fully insured, licensed to New Jersey's Division of Consumer Affairs and member of the Better Business Bureau maintaining ethical business practices. NJ Home Improvement License #13VH06589200...

Everything went fine, no complications. They had a large crew, and they finished up in one day.

It is so unfortunate that I need to write this review but I felt that I needed to make consumers out there aware of my experience. I booked an appointment with Accurate Mechanical Heating, Mike Garcia, twice and twice he stood us up. I took vacation days for both appointments and expressly told the office manager that my husband is handicap and we haven't moved in yet. I expressed that it is an effort to get my husband down to the house so please don't miss the 2nd appointment. She assured me that he would be on time and on schedule. He never showed up after I called her a few times while we were waiting. What put me over the edge on this is the office manager lied to me on the phone. It was way past the time he was to show up and she told me he was still on a job, then I heard him in the background say that he can come and be there in 20 minutes. I expressed to her that she just lied to me and of course she covered it up and lied some more. We then told them not to bother and we are now looking for another contractor. I don't feel that the office manager can be trusted and for sure Mike Garcia doesn't care how long you wait for him to show up or if you take time off from work.

Description of Work
No work was ever performed.

Highly professional. Team showed up and in 2 days the job was done.. They left house and garage clean and were responsive to all questions and services needed.

Description of Work
They redesigned my the attic duct work the way I wanted it done. They checked out other parts of the duct work and redid the return ducts.

I would recommend them for local things. Their service was average to good. Their prices were very fair and reasonable.

Description of Work
They installed a 3 furnaces and 2 air conditioners.

After talking with an employee and saying that this was ridiculous, she turned my call over to Mike Sr. to discuss the situation. Mike Sr. said that the charge was made "in case no one was there" when the technician arrived and because the weather was hot and you were "very busy." I told Mike Sr. that Accurate was my contracted heating and air conditioning company and I had a paid up maintenance agreement. After a lot of back and forth, the $50.00 deposit charge was waived. The appointment was scheduled for 3:30 PM with Mike Sr. as the technician. I received a subsequent call saying that Mike Jr. would be available at noon and would it be all right for him to come at that time. I said yes. Noontime came and went without any phone calls from the office. At 3:30 PM Mike Sr. showed up as the technician. He said that the system was low on refierant and needed a recharge, although an Accurate Technician had been here on May 17th for my scheduled maintenance. He checked the system and said the refrigerant level was "ok." Another service call was requested on August 8th, as the system is still not operating. Mike Jr. spent about 20 minutes here, said the system was old and the breaker may be bad. Remember, I had just replaced the breaker. Your bill was for an outrageous $234.33. Because of their poor technical skills and non-existent customer service, I am canceling my maintenance contract.

Description of Work
I called on July 19th to have my air conditioner serviced since it was throwing the electrical breaker. To my surprise, I was told that if I wanted someone to come out to look at the a/c, I would have to give a $50 deposit to secure my place for the appointment. I had a maintenance contract with the winter check outstanding on my furnace. I felt that I was a regular customer and thus called them.

At Build Up Construction, our company is based on the belief that our customers' needs are of the utmost importance. Our team is committed to meeting those needs. We welcome the opportunity to earn your trust and deliver you the best service in roofing, chimney, siding and masonry projects you have. No job is too big or too small for our experienced team. Call today for a quote.  …

When it comes to effective basement waterproofing, the most efficient place to start is typically inside your basement. And that’s really no big surprise. Interior basement waterproofing is much easier, faster, and more affordable than exterior waterproofing—and when performed by experienced professionals like Basement Waterproofing Solutions, an inside basement waterproof will often be every bit as effective. While the individual systems recommended will vary based on your property’s unique features, all of our interior basement waterproofing options are: Installed by highly trained, IICRC-certified waterproofers. Supported by our membership in the Basement Health Association. Backed by lifetime satisfaction guarantees and numerous warranties. Available with attractive financing, including 0% for qualifying homeowners. Discovering the presence of mold is something every homeowner dreads. To make it even worse, most of us have heard horror stories of mold removal treatment that cost several thousand dollars and requires demolition of parts of the home. If you suspect mold, don’t panic. In the overwhelming majority of cases, treatment is much simpler and less costly than what you may have been led to expect—but only if you work with the right remediation company. Basement Waterproofing Solutions uses proven methods of mold removal that will restore the air quality of your home quickly and effectively. We offer: Basement and foundation waterproofing, Mold remediation, structural repair work and many other home improvements.  …

Advanced Aardvark is owned & operated by a volunteer Fire Chief, serving over 25 years he knows the importance and safety of clean air and vents, also knowing dryer vents is a leading cause of house fires. We have many years of experience in the industry, our job is to provide you with a healthier and safer environment within your home.  …

No, Accurate Mechanical Heating & Cooling LLC does not offer a senior discount.