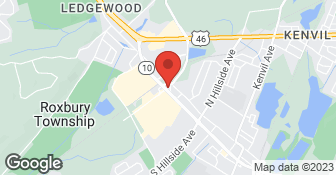 A GRADE Property Restoration is proud to offer Fire & Water Restoration services to homeowners across NJ, CT, NY and PA. From large insurance losses to small ice damming claims, we're ready to help. In addition to insurance related work, we also offer kitchen and bath remodeling, painting, roofing and more. With a design team and professional support staff, we're here to guide you through your next project.....

Jonathan was a trustworthy professional, who helped manage the restoration of my 2 story home. He even negotiated more insurance coverage when it was discovered that we didn't get enough money to cover some of the cost. He always answered messages promptly and his employees did a great job with the finish work. I am very pleased and would hire Beacon Home Pros again.

On time, thorough and completely knowledgeable. Walked through every system and every detail.

I?ll start the review with some background about my situation. On February 2nd, 2014, my family and I suffered through a severe house fire caused by a plumber, who was sweating pipe in our shower at the time. The top two floors of the house and most of our personal belongings were completely destroyed. Because we live in a townhouse, the rebuild was a little more complicated than it would be for a single family home. My homeowner?s association has insurance that covered the structure, but only as it was built in 1986, and my personal homeowner?s insurance covered any upgrades made to the original blueprints. There were several upgrades made to the home when I purchased it, including a finished basement, hardwood floors, granite countertops and ceramic tile in the bathrooms. In addition to the two insurance companies, there was also the plumber?s insurance company, my property management Company and HOA board involved in the process. The extensive number of people involved in the reconstruction further complicated the situation. I was fortunate to work with Beacon Home Pro because a situation as complicated as mine is exactly Jon Liccardi?s area of expertise. He has a background in dealing with not only fire rebuilds, but rebuilds in townhomes where multiple insurance companies, management companies, and HOA boards are involved. This expertise proved to be extremely helpful during the entire process. He has some great subcontractors that he works with, and I was very happy with choices of electrician and plumber. Jon was always accessible via e-mail, text or phone call, regardless of day or time. I was paid up front by my insurance company, so I had a strict budget to work with, which he kept in mind the entire way. We were able to customize our home exactly the way we wanted, and it is now even better than before and up to 2014 building codes. We were delayed 4 months by my HOA?s insurance company and, sensitive to our frustration, Jon finished the project in 5 months, 4 weeks earlier than his estimated date. Jon has since been back to the home to tie up little odds and ends, even though he has already been paid in full and has to drive over an hour to get to us. He?s a great guy to work with and he ensures that his customers are 100% happy with their home. I would definitely recommend Beacon Home Pro for any project, large or small.

Description of Work
Reconstruction of home after a house fire.

Description of Work
They refinished and painted our screened porch, inside and out. They also repaired several rotted boards and replaced some screens and molding. | |Jonathan was very professional to work with, and his two workers were polite and accommodating to our concerns. All in all, a very good job. I didn't give it the highest rating just because there were several paint blobs and minor rough spots left, and the price was a little high. But I guess I'm very picky - I'd still definitely recommend them.

Water Damage and Mold infestation are very serious issues. Big Apple Mold Removal, Inc. has developed a meticulous, professional, and reliable approach to restoring the indoor air quality of your home or business. Quite simply, we are confident in our services and you will be too. You will experience this feeling of being in "safe hands" for yourself, as you see us efficiently handle the worst of interior Mold and Water Damage. Big Apple Mold Removal, Inc. fully guarantees the elimination of all mold, mildew, moisture and odor from your Home or place of Business. Big Apple Mold Removal, Inc. uses only state of the art equipment and EPA approved disinfectants to rid your property of mold, mildew, moisture and odor.. Our highly experienced staff is dedicated to providing premium service. We work closely with our clients to understand their needs and concerns both during and after the mold inspection and/or mold remediation processes. Experience relief working with Big Apple Mold Removal. Alternate Phone Number: (347)768-1807  …

LVPAINTING is a owner operated painting company specializing in interior/exterior painting, deck restoration and pressure cleaning. Our goal is to provide you with the best possible service and no job is complete unless you are completely satisfied.  …

Family owned Interior/Exterior painting business. In business for 20 years. We treat your home as if it was our own. We pay attention to detail and will work around your schedule. Owner-Operated and will supervise all work to your full satisfaction.  …

We are a full service construction company. We complete small projects such as the painting of a few interior rooms, all the way to additions, deck building and fire and water damage restoration. Call us today for a free estimate. No Hard Closes! Just information to help you make the best decision.

How is A Grade Property Restoration LLC overall rated?

A Grade Property Restoration LLC is currently rated 4.8 overall out of 5.

What days are A Grade Property Restoration LLC open?

What payment options does A Grade Property Restoration LLC provide

Does A Grade Property Restoration LLC offer a senior discount?

No, A Grade Property Restoration LLC does not offer a senior discount.

Are warranties offered by A Grade Property Restoration LLC ?

No, A Grade Property Restoration LLC does not offer warranties.

What services does A Grade Property Restoration LLC offer?

A Grade Property Restoration LLC offers the following services: We are a full service construction company. We complete small projects such as the painting of a few interior rooms, all the way to additions, deck building and fire and water damage restoration. Call us today for a free estimate. No Hard Closes! Just information to help you make the best decision.

Are there any services A Grade Property Restoration LLC does not offer?