With Angi since September 2011 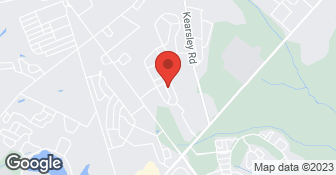 AP Heating and Cooling LLC is committed to excellence in every aspect of our business. We uphold a standard of integrity bound by fairness, honesty, and personal responsibility. Our distinction is the quality of service we bring to our customers. Accurate knowledge of our trade combined with ability is what makes us true professionals. Above all, we are watchful of our customers' interests and make their concerns the basis of our business. Your customer satisfaction is our better business!  …

We provide both Residential and Commercial Heating and Cooling service to the Southern New Jersey area. Our services include, but aren't limited to: Service and Installation of both Heat and A/C Systems.  …

Since 2010, Focus HVAC has been providing quality heating, ventilation, and air conditioning installation and service throughout South Jersey. We believe helping our customers is the most important part of our business and we stand by our ability to provide the best options for your home and family. We don’t believe in selling you on things you don’t need for our personal gain. Our highly skilled technician team has the expertise to keep your home or business comfortable and running efficiently. We work hard to ensure every job meets the high standards we set for ourselves.  …

We always call on Frank and Temp-Stat when we need something done. We just called him to give our HVAC a tune-up and he is also looking at our ventless gas logs, all for a cheaper fee than any of the competition.

Description of Work
Cleaned and inspected furnace and a/c. Frank (the owner) also installed our HVAC system and water heater. His prices are the lowest of anyone in the Sicklerville area and he cares about his workmanship. When the motor for our furnace burnt out 2 years after he installed the furnace, he rushed out that evening and replaced it for free. He also rewired and repaired our fuse box at no extra cost. He and his workers are extremely friendly and helpful and do fantastic work for the cheapest prices around.

Description of Work
New Heat Pump installed. Had to wait a few weeks from the time I accepted the quote to the day of install as they were so busy, but the install took place without any issues. They were clean, on time, professional and it was done for a vary good price compared to 3 other quotes I obtained.

We first contacted Frank in December of 2011 to install a new furnace and air conditioning unit. Not only did he do a fantastic job of installing a high-end Lennox system, he also found rebates to cut the cost down big time! We've only had problems with the system once, when the coil overheated, but Frank was out in a heartbeat to replace the part (two years later) and he didn't charge us a dime. We also had Frank and the Temp-Stat team install a new water heater (a Bradford White) and its been working great ever since (installed in September 2013). If you live in the Camden or Gloucester County areas you should give Temp-Stat a call, they are really nice, down-to-earth, honest folks who do great work and are VERY AFFORDABLE (not to mention that they work with great brand names like Lennox and Bradford White).

Description of Work
Frank (the owner of Temp-Stat) performed a tune-up of our furnace and a/c unit.

Great! Work was done efficiently, and they were courteous. Price was very fair and they explained everything along the way. They even arranged for a third party to come in to do the flue work on the chimney and remove the old oil tank.

The job went great. They did everything they said were going to.

Description of Work
I used Temp-Stat Inc to put in a new HVAC system.

Everything was great. Frank was prompt, courteous, and very clean when doing the repairs.

Description of Work
He repaired my air conditioner after a storm had disabled it.

With Angi since September 2011