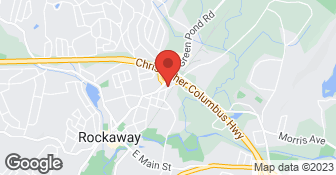 Amazing crew both office and field! Needed a boundary survey and received an incredibly detailed survey for both my lots. I wish Lakeland did more than just surveying! I would hire this company again and highly recommend them.

Perfect and quick! At the last minute, I found out our Seller didn’t have a sealed version of their survey and they wouldn’t sign an affidavit of “no change”. Anyway, we needed a survey fast since our closing date was a week away. I shopped around and Lakeland had the best prices (be sure to mention Angie’s List discount). They came out sooner than anticipated and had the survey ready within 2 days. I’m glad it was one less stressful thing to deal with since moving is just that! Would definitely recommend!

Description of Work
A residential survey

I was getting a second floor addition put on my house and found out a survey was needed at the last minute in order to submit to zoning. I called Joe on Friday afternoon and he scheduled the survey for Monday morning. By the next day it was ready. I was going to pick it up but Joe was going to be in the area so he dropped it off. This was the quickest and most reliable company I had dealt with in a while. I didn’t think the turn around time would be possible since I neeed it so quickly but it was. Great customer service!

Description of Work
Survey of property

Lakeland surveying was great! We called on a Thursday asking to have a survey completed done as quickly as possible so that we could start applying for permits for a fence and a pool. The survey was scheduled to take place Tuesday and the surveyor actually showed up Monday! I was thankful that i was home to be able to let them in to the backyard. We were supposed to have the survey back on Friday but there was a bad storm with a power outage during the week so they lost a day of being able to work on it which I understand. I did call and received an answer every time as well as a response to my email. They did say I would have it by end of day Friday but did not wind up getting it until Monday morning. I would definitely use them again because the results were great and the turn around time was fast.

Description of Work
Residential Survey with a quick turn around

My neighbor put up a new fence which I suspected was on my side of the property line. I called these guys on a Monday, they came out Tuesday, and I had a PDF of the survey in my inbox on Friday. Prompt, professional, and a pleasure to deal with.

Jim and Joe are responsive and professional. Do recommend

Joe was very professional on the phone. He quoted a price and promised the survey would be done in 7-10 days. I agreed to those terms. I called two weeks later to get an update and discovered the survey hadn't even been scheduled yet.

Description of Work
We needed a site survey to file with the local building department to get a renovation permit.

After reading all the great reviews of Lakeland Surveying on Angie's List I contacted them on Wednesday and explained to Joe that I needed a survey done as soon as possible because I was in the middle of rebuilding a retaining wall along one side of my property. He was kind enough to fit me in on Friday morning. Bill arrived on time and was very pleasant. He explained the process to me but what seemed to be a straightforward job of conducting a property survey became quite difficult when my neighbor refused to allow Bill on his property to take the required measurements. After a lot of back and forth with my neighbor, Bill calmly decided it would be best if he ordered the plans of the neighboring properties from the township to get the information he needed. Within a few days Bill was back and this time he was able to complete the survey and place the remaining markers. He even promised to have the paper copy of the survey ready by that afternoon. Bill's handling of the entire situation was terrific. He could not have been more understanding, helpful and conscientious. I would highly recommend Lakeland Surveying.

Description of Work
Conducted a full survey of the property. Placed corner markers.

While scrambling to try and find company to provide a survey with a quick turnaround I came across Lakeland in Angie's List. I called on Tuesday and needed the survey by Thursday. They said no problem and provided the report as promised. Oh, and the 5% discount for members was a bonus too. I would highly recommend them to anyone.

Thank you! We pride ourselves on being efficient!
1.0

I called to get a quote for a land survey on 5/21/15 and received a quote over the phone for $700. I told the person that gave me a quote that I would check with my husband and then call back. I realized there was a 5% off coupon on Angie's list so when I called back a couple hours later, to schedule the appointment, I asked if I could use Angie's list coupon of 5% off. The gentlemen that answered the phone said he didn't see why I couldn't but he would have to check with his boss and call me back in about a half an hour. I never received a call back so I called back the next day and spoke to a woman this time. When I asked if I could use the Angie's list coupon she said of course . She said I just needed to email the owner Joe@lakelandsurveying.com to schedule the appointment. I sent Joe an email and thanked Joe him for the quote but I think he misunderstood and thought I was asking for a new quote so provided me another quote of $720 (less 5%) $695. He asked me to confirm that I was okay with the price and he would send someone out on 5/29/15 at 11am. The quote in the email was $20 more than the original quote but still a decent price so I replied to the email and confirmed the price and time. At 11:20am on 5/29/15 I called the company because no one had arrived. I spoke with Joe, the owner, and he said that he was going to call the person (Lenny?) that was supposed to come out. He said I was the person's second case and he would give me a call back on the number I called on. I figured that it must have been an error in scheduling and expected that the company would at least call back to reschedule but I never received a call back from Joe. Not what I would expect from a well reviewed provider on Angie's list or an owner of a business. I've used more than 5 providers from Angie's list and had great experiences with all of them. I own a small business so I understand that mistakes happen with scheduling but I thought the company would at least apologize and amend.

Description of Work
Did not show up for scheduled appt. for a land survey. Never returned call.

Managing a field service company is difficult at times. Occasionally, jobs are shuffled around to meet different requirements. Yes, we should have notified you. However, please do not discount the service you did receive. You received the service you asked for in a very timely manner, which was less than a week's time during an extremely busy season. It is important to mention the Angie's List 5% prior to asking for a quote.

Our Field Crews, each staffed with a licensed professional land surveyor, are highly trained and provide the accuracy and timeliness you should expect from Schmidt Surveying.  …

Lakeland Surveying, Inc. is currently rated 4.9 overall out of 5.

No, Lakeland Surveying, Inc. does not offer eco-friendly accreditations.

No, Lakeland Surveying, Inc. does not offer a senior discount.

No, Lakeland Surveying, Inc. does not offer warranties.

Are there any services Lakeland Surveying, Inc. does not offer?